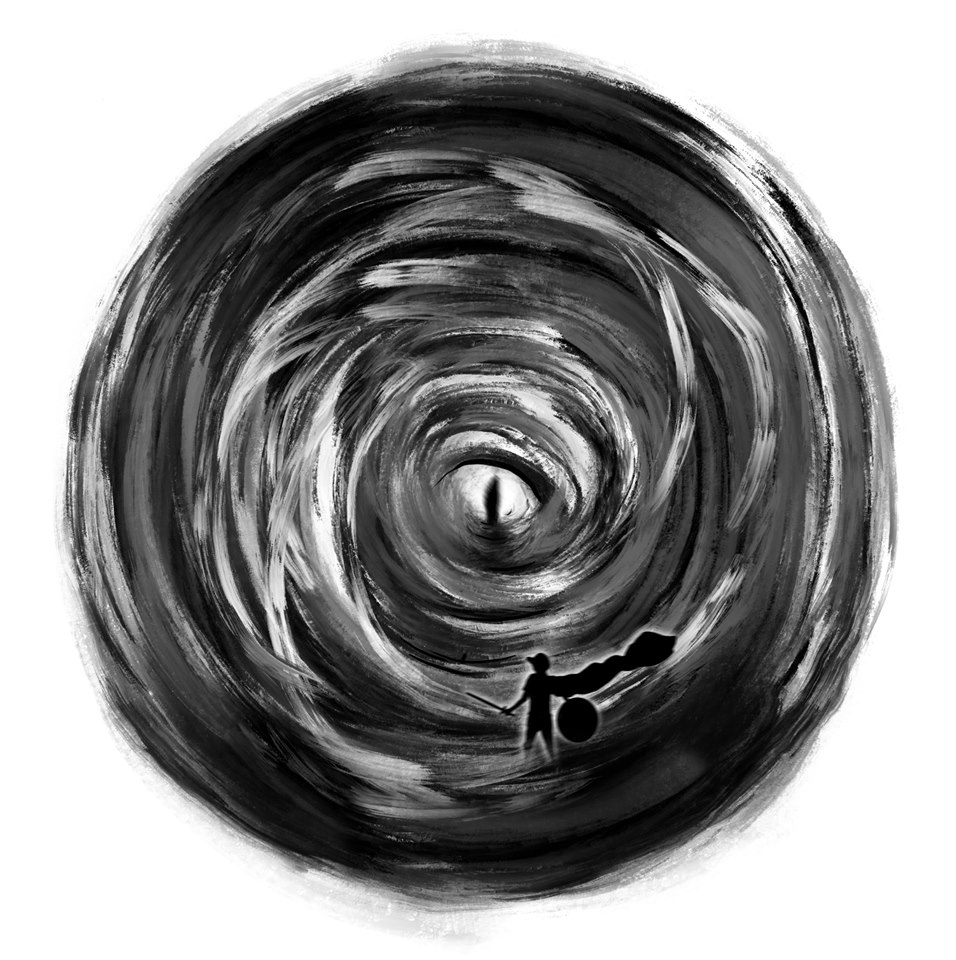 When the time comes to reflect on years passed, 2019 will be remembered as the year for debut albums on the UK ska punk scene. With Codename Colin leading the charge and Lead Shot Hazard following shortly after, now it’s Just Say Nay‘s turn to show us what they have to offer. After setting stages alight on the pub, club and festival circuit for almost half a decade, this eighteen-legged legion of rabble-rousers have now condensed their efforts into their first full-length release, and in doing so have managed to smash all expectations.

The first commendable aspect of ‘Maximum Effort’, apparent within the first few seconds of opening track ‘I Think I’ve Had An Apostrophe’, is just how good it sounds. While ‘Shit Out Of Luck’ made up for its admittedly rough recordings with exceptional songwriting, and ‘Logistical Nightmares’ occupied a comfortable middle crowd, the production on ‘Maximum Effort’ goes above and beyond. It clearly demonstrates the immense talent of every member of the band, showcasing each tiny cog in the Just Say Nay machine while maintaining the fine balance of the final product. ‘I Think I’ve…’ kicks off the album perfectly, merging every genre of the Just Say Nay catalogue, with ever-changing rhythms, impossible basslines, riffs that range from the furious to the pensive, intricate yet powerful work from the horns and flute, and lyrics that flit from wistful to stinging at a moment’s notice. This vein continues into the ferocious ‘Picking Stitches’, which takes a heavier tone and packs a serious punch in its minus-three minute running time. ‘Don’t Try To Stop Me Smee’ adopts a decidedly lighter edge, and once again shows off the band’s range. Chirpy flute segments are counterpointed by distorted guitars, while the combination of male and female voices interact fantastically over the chorus. ‘Artistic Spectrum’, a single from earlier in the year that had also previously featured on the compilation ‘What Do You Know About Ska Punk? Volume 3’, appears in a updated version, where its gruff punk riffs and hip hop influences are reminiscent of Claypigeon at times. A theme of absent friends, through various iterations, runs throughout the album, particularly during the next song ‘Butterfingers’. A tribute to former sax player Jack, who departed the band a number of years ago for Cambodia, it’s a stylistic departure for the album. There is no grit here, just a pure, emotional ska ballad, definitely not without its share of sugary sweetness but still totally irresistible at the same time. It’s back to business as usual as ‘With A Twist Of Lemon’ rounds off the first half of the record. A fixture of their live sets for some time, its a drunken gypsy punk anthem as good as they come, capped off by trombone player Mikey’s guttural animalistic roars. A true rigging-swinger, for sure.

As we reach the halfway mark, ‘Maximum Effort’ takes a sombre tone as the theme of lost friends is revisited, this time more tragically. ‘Two Empty Glasses’ and ‘Don’t Let The Coffee Grind You Down’ are both dedicated to Mike Crampton, former Pisdicables keyboard player and close friend/collaborator of the band, who sadly died in a car accident along with fellow musician James Montegriffo in early 2017, an event that struck the London/Kent ska punk scene profoundly. ‘Two Empty Glasses’, a short poem reminiscing on better times, is particularly poignant. It’s not like anything the band have ever put out before, a solitary piece that lacks any of the frantic nature of their usual material. ‘Don’t Let The Coffee Grind You Down’, another previous single, follows similarly. The usually brash horns sound subdued and reflective, while this simple pop punk tune portrays exactly how the band have felt during the aftermath. It’s a real heart-on-sleeve moment and brings mist to the eyes, but is also optimistic as to how everyone involved has improved in themselves for just having known the one person. This is followed by the eclectic ‘Double Foxes’, a song that floats effortless between a mournful, lilting waltz and a fullblown circus knees-up, which in turn is succeeded by furious ‘Mug Pie’, a bitter, vengeful punk number that is almost spat as opposed to sung. ‘Low Blow’ by this point needs no introduction. Just Say Nay’s signature tune, which originally appeared on their debut EP, certainly sounds more fully-fleshed here, and it’s fitting that a song they owe some much too would be featured again with a new coat of paint. It is improved in almost every aspect, from the vocal performances to the reimagined instrumental arrangements, although it’s a shame some of the gang vocals on the now famous “da da da da-da” refrain feel almost subdued in comparison to the raw nature of the original. Carrying on with the blistering pace that has maintained the album so far is ‘Techno Guilt’, proving once again that Just Say Nay are a band that, regardless of duration or genre, will never let their energy drop for a second. ‘Kuromouri’ closes ‘Maximum Effort’, and what a showstopper it is. Upon seeing the 8:16 running time, one would be forgiven for expecting a hidden track to appear. But no, the band have thrown yet another curveball by rounding off proceedings with a juggernaut ska punk epic. It’s a perfect conclusion as it swoops through the changes with expert precision. The band effortlessly transition through countless riffs and rhythms, barely pausing for breath and bringing in new exciting sections at an astonishing rate. As the final notes fade out, you’ll be left grinning from ear to ear, thankful they took their time to finish off. “Take the long way home”, indeed.

Tackling a debut album is no easy feat. It needs to encapsulate the personality of a band and take it to new heights, bringing in something new for older fans while demonstrating to new audiences exactly what they’re about. Thankfully, ‘Maximum Effort’ proves that Just Say Nay are perfectly capable of that. The album captures every aspect of their prowess, their undeniable individual talents coming together into one seamless, cohesive masterpiece. Whatever’s next for Just Say Nay, we are powerless to stop it, and we can’t wait.

Listen to opening track ‘I Think I’ve Had An Apostrophe’ below.