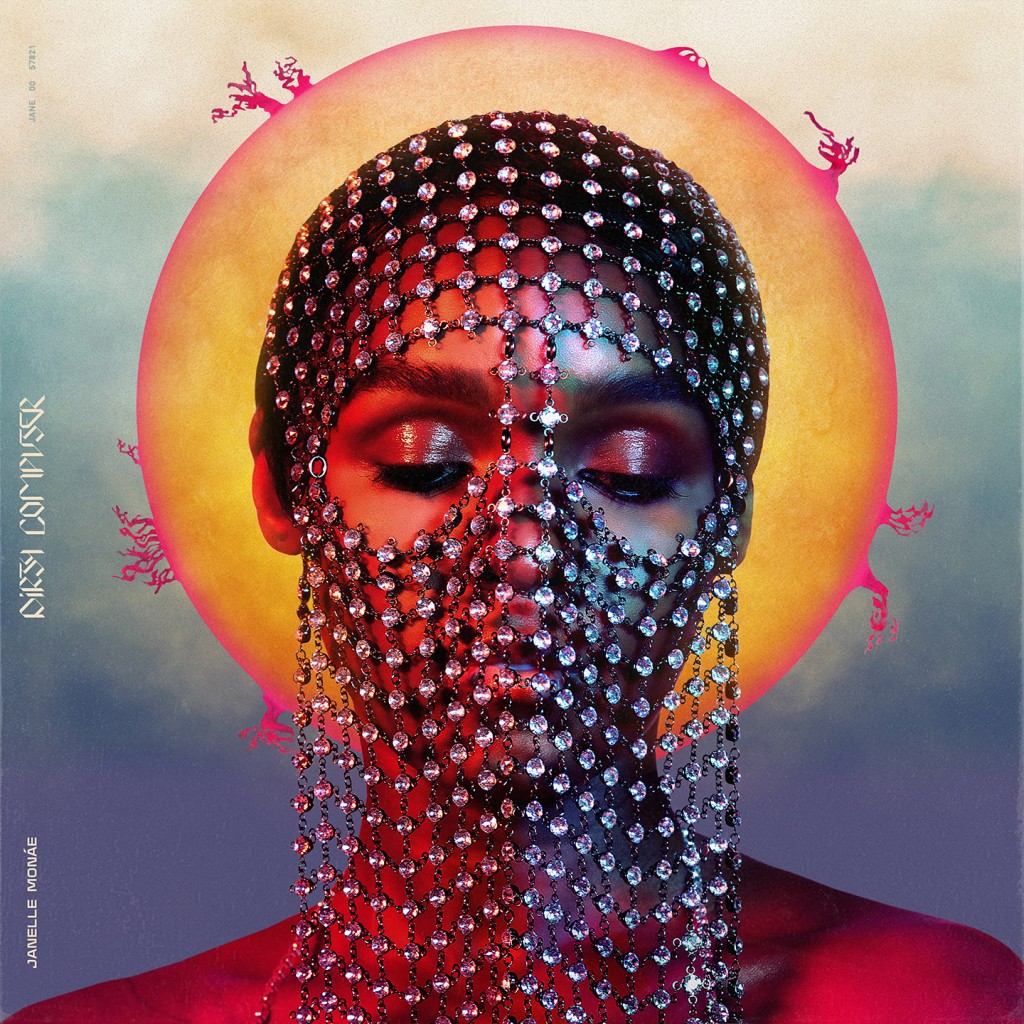 On 'Dirty Computer', Janelle Monáe expertly crafts the fun and the thoughtful on a artpop album for the #metoo movement

“Everything is sex, except sex, which is power” a statement Janelle Monáe makes on the song ‘Screwed’ which also sums up most of ‘Dirty Computer’, a glamorous blend of neo-soul and classic funk sounds with socio-political pillow-talk.

The album is a glorious celebration of the outsider, and the album comes in the wake of Monáe announcing herself as pansexual, and themes such as sexuality, gender and race are integral to ‘Dirty Computer’. Whether it is the celebration and discovery of individuality  on ‘I Like That’ or the empowerment and reclamation of being a young  black woman on the fearlessly rapped ‘Django Jane’, Monáe weaves the thread of sexual, racial and personal liberation throughout the record.

Musically, ‘Dirty Computer’ is bursting with flavour, showcasing a desire to rejuvenate the pop-funk sounds reminiscent of Bowie, Chic and most notably Prince (who was involved in the early development of the album before his untimely passing in 2016). His influence is felt strongest on closing track ‘Americans’ and lead single ‘Make Me Feel’, which features bright, choppy guitars and strong, groovy basslines in an almost direct homage to his 1986 single ‘Kiss’. ‘Take A Byte’ features a seductive groove backed with a Nile Rodgers style jangle, ‘I Like That’ opens with some ethereal vocals that wouldn’t have sounded out of place on an old Kanye West sample and ‘I Got the Juice’ showcases an infectious, tropical Afro-beat.

There aren’t many missteps here,  ‘Jane’s Dream’ and ‘Stevie’s Dream’ are forgiven by being interlude tracks, and although ‘Screwed’ becomes somewhat tiresome as Zoe Kravitz lists the various locations and situations where she wants to be “Screwed” (a holiday, a matinee, a festival and like an animal, for anyone who’s interested), the monotony of this is forgotten fast as the song features an exuberant and undeniably catchy chorus that you couldn’t shake out of your head even if you wanted to. A song with similar intent that is a held together with a tighter result is ‘PYNK’, which features Canadian art-pop artist and previous Monáe collaborator Grimes. Their voices blend really well together, and give the song a youthful and sweetly feminine vocal element and musically the song has a relatively simple backing compared to the lush production of say ‘Crazy, Classic, Life’. Quietly pulsing synths and electronic drums back the verses, over which Monáe sweetly sings cheeky innuendos which transitions surprisingly well into a chorus that is as bright and poppy as anything sitting in the top 40.

This is the first album where Monáe speaks through her own voice, rather than utilising her previous android alter-ego Cindi Mayweather, making it her most personal record yet, and this most obvious on two of the more vulnerable cuts;‘Don’t Judge Me’ and ‘So Afraid’.  The former opts for a more traditional RnB sound over the funk-pop vibe heard on many of the other tracks and the lyrics “Even though you say that you love me, is it me, or is it just my disguise?” find Monáe tackling personal expectations  within a relationship. ‘So Afraid’ also begins with a sonic departure, opening with a lone, Nirvana style strummed guitar that eventually builds into layers of synths and fizzing guitars which let rip as a soaring, confessional chorus of “I’m afraid of it all, afraid of loving you” contrasts against the bold self confidence Monáe showcased on previous tracks.

Monáe finalises her reclamation and celebration of identity on the closing track ‘Americans’, which begins as a choir plea “Don’t fight your war alone”, which then transitions into a verse where Monáe channels Madonna’s ‘Vogue’ monotone. The song then launches into full pop pomp as Monáe playfully dismantles some traditional and outdated patriarchal attitudes “I like my women in the kitchen, I teach my children superstitions” “Pretty young thing she can wash my clothes, but she’ll never ever wear my pants”. The track is Monáe’s final nationwide address, her call to attention for the dirty computers of Trumps America to unite together and embrace the so’-called bugs and viruses’ in their programming.