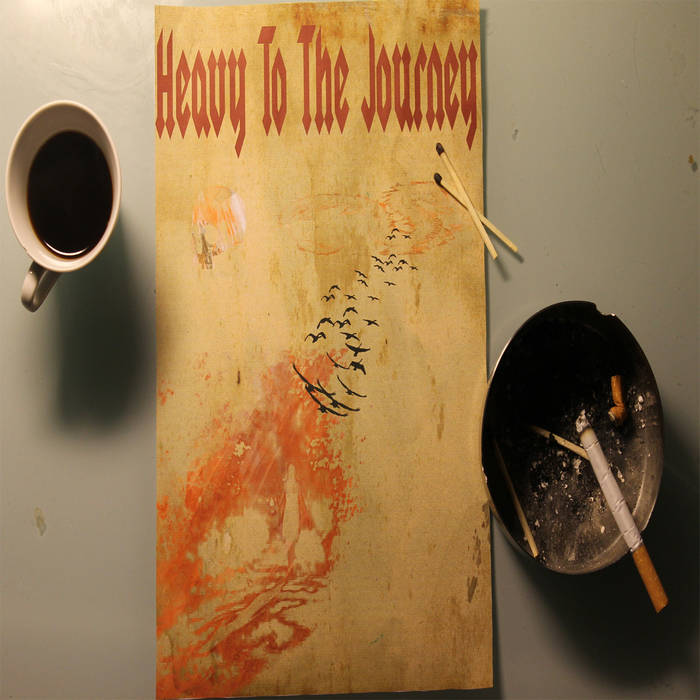 Broad in scope and yet incapable of realising such lofty dreams, this record is astounding for all the wrong reasons. I am giving it a 10. Jump that train.

I get a lot of opportunities when writing for Fortitude to hear things I’ve never heard before. Often, that’s a good thing, as I get to hear an artist or a band that I would never had considered listening to. It can also be a bad thing, but this record from Horns is neither.

Truly, in all my days, I have never heard a record released that sounds like this. Hailing from Vila Real in Portugal, Horns contains at least one person, whose name I do not know, as there seems to be little information on him, save for a single picture on their Bandcamp page. Their output covers three releases, with the first, a single track called ‘Wind Of Fire’, featuring this guy’s mate, Phil, but with no indication of the membership of the band – if it is a band – on subsequent releases.

‘Heavy To The Journey’ contains four tracks, and flits from a squeezed-piglet screamo vibe to desert rock, straight metal, and a healthy dollop of ‘something’. Baffling for a number of reasons, this EP, one would presume, was not intended to secure a deal, or to be toured, but rather as a thing that was created for its own sake.

Basics; the production is astonishing. Everything – vocals, guitars, bass, the entire drum kit – is in the middle. Listening on headphones left me considerably aware of the empty space not being used by the instruments in question. Imagine filling a town hall with people, but somehow managing to get every individual in the centre of the room; only a lunatic would do this, and to do it with a whole kit is sadistic. The vocals have been recorded through a bike seat into a bag, and drop in and out like phone signal at a festival. Every moment is the worst version of that moment, and the idea that there could be out-takes for this record makes corners of my brain fizz.

Assuming, because there scarcely seems to be another plausible explanation, that this is the work of one man, the playing is impossible. Slack, clumsy, and bewildering are the seagull flying above the clouds above the tip of the iceberg, and everything sounds like the end of a rehearsal where everyone swaps places and does their best; the guitarist is on the drums, the bassist is singing, a keys player has wandered in from another band and is having a stab at it – incredible.

Closer to performance art than music, I found myself, with 25 years of band experience behind me, listening to this record with my jaw loose and my mind blown. I can promise that making it through this EP will reward the listener with a feeling of genuine disbelief, and the dirty trick of making second song “So Down” NEARLY work pulls you in, like a friend telling you something smells really terrible, and so out of sheer bloody-minded curiousity you have to smell it.

Broad in scope and yet incapable of realising such lofty dreams, this record is astounding for all the wrong reasons. I am giving it a 10. Jump that train.