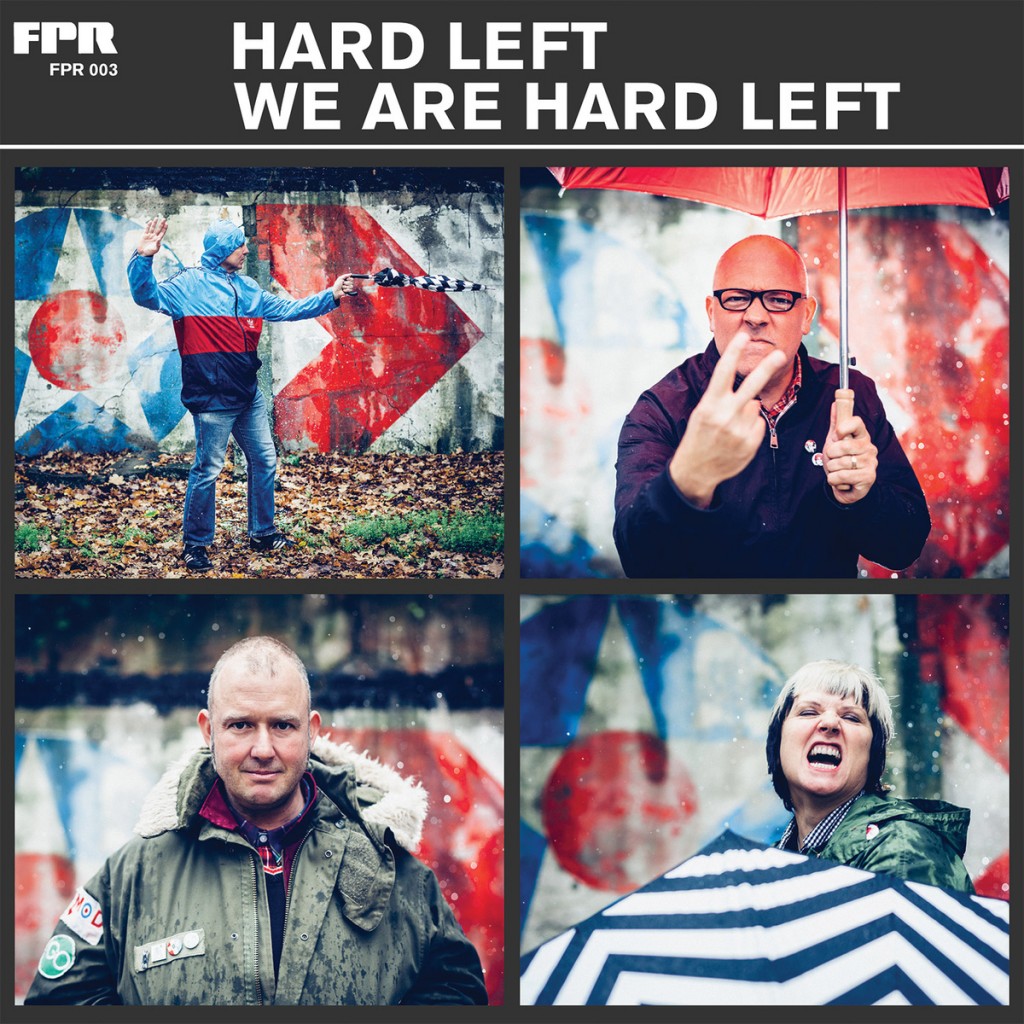 In times of increased political tension, music is often the go-to outlet for many to get their voices heard and their message across. You have the likes of Bob Dylan or Billy Bragg, who prefer a softer, more thoughtful touch, and then there are those that would rather take a much more direct approach. As an example of the latter, look no further than Hard Left.

Coming out of Oakland, California, they describe their music as “Hard Mod/Utopian Oi”, and it’s safe to say that their sound is all that classic, no-frills punk should be. They’ve got it all: furious pace, simple yet infectious riffs, screeching feedback, impassioned gang shouts and lead vocals you could use to clean the underside of a ship. After many years in various other bands, including Lunchbox, Boyracer and Black Tambourine, Hard Left have now produced their debut album, ‘We Are Hard Left’, a thrill ride that manages to cram so much intensity into just under 25 minutes.

As their name may suggest, politics is the order of the day where Hard Left are concerned. The album is packed with rallying cries for the disillusioned to unite for the better of all, no matter your background. ‘We Are Hard Left’ kicks off fittingly with ‘New Year’, calling for people to ignore modern distractions and come together for a fresh start. It sets the tone and subject matter for the whole album, whether it be the anthem of solidarity that is ‘Hand In Hand’, the optimistic ‘Future Perfect’ or ‘Red Flag’ and its fantastic refrain of “Don’t run ’til the victory’s won”. Hard Left clearly owe a great deal to the original wave of punk for their sound, and elements of many acts including The Clash, The Sex Pistols and Stiff Little Fingers can be heard throughout.

‘Kicking It Off’ is a real belter of a song, with all singers in full voice. The combination of male growling, clean and female vocals really brings together the idea that this music is by everyone, for everyone, with a message that relates to everyone. Still, ‘We Are Hard Left’ is not an entirely perfect album. Clearly in an effort to build on the protest element of their music, the band include a number of chants amongst their tracks, which mainly consist of them shouting “Hard Left” over and over again. Now, it’s easy to imagine this working at a live show, but in some cases it just doesn’t have the same impact when translated onto record and affects the flow a little. That being said, ‘Exhortation No. 1’ adds a killer riff that really sets off the ferocity of the chant, and the slow degradation of ‘We’re All Hard Left’ into a feedback-drenched meltdown is a fitting end to the album.

As a solid punk record, ‘We Are Hard Left’ is pretty much all anyone could ask for. Hard Left boast the right amount of aggression, attitude and painful honesty whilst remaining free from any kind of pretension. The group do just enough without overthinking to create the hooks that draw their audience in and make their message heard. Whilst only brief, this album packs a lasting punch and, along with it, epitomises the true essence of political punk.