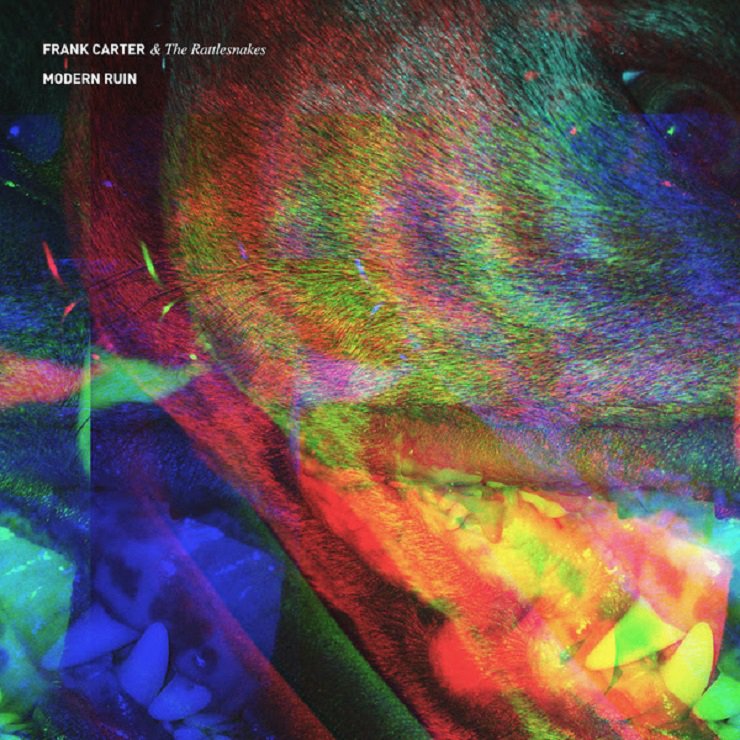 Watch out, because 2017 is truly the year of the Rattlesnakes

Modern Ruin is the second full-length release from Frank Carter’s latest music incarnation – the Rattlesnakes. For a world so fraught, this album could not have arrived at a more appropriate time. The record tells a story – with Frank as the main character – and highlights a number of points and subjects in his everyday life.

The album opens with a minute-long song called Bluebelle,​ which is written and performed solely by Frank himself and touches on the subject of his pet dog. As an emotional, but raw, opening, it presents a perfect summary of the next 40 minutes, as the listener (or audience – whichever way you want to see it) is taken through a journey into Frank’s life (and, essentially, his mind).

The Modern Ruin story continues with Lullaby and Snake Eyes,​ which were both released as singles prior to the album coming out, and give two sides to our lead character’s persona. One is all about the lullabies which he sings to his daughter as she falls asleep, whereas the other is about his battle with alcohol. Another relationship is debated in the subsequent track – Vampires – as the work to life balance of a creative is put into perspective of a partner – with the first “softer” sound of the album. This is something that fans of Frank in his Gallows era may not be accustomed to, but fits extremely well into the record’s overall tone.

Wild Flowers​, another single, is specifically introduced as a story, and tells the tale of young, passionate love between Frank and his wife (the subject of the previous track), with Acid Veins (the jazziest number of the entire record), explaining Frank’s love (and relationship) with live performances. Anyone who has seen Frank at any point in his career will know that this is a crucial element of the package, and will understand why this track builds up to such a powerful, fiery crescendo.

God Is My Friend​, Jackals and Thunder all touch on the subject of life, its worth, and the worth of others – and make the audience wonder what their position is in this world, and how they relate to those around them, and especially those in dire need. Jackals, for me, is a highlight of the record, with a small, punk outpouring which serves a familiar sound.

As we reach the end of the story (and the record), the final few tracks begin to wrap up the narrative. Real Life is written about all elements of life, especially the negative, which everyone can relate to and offers a bass heavy message that the important things are worth fighting for. Modern Ruin​, the title track for the release, when played live, is dedicated to female gig attendees who have never had a chance to stagedrive or crowdsurf due to rock and punk shows being an unsafe environment. The track itself offers up a visual of the world ending, with a list created of every element you would miss if it did.

Messaging is extremely important to Frank, as he tries to make a positive change through his music, live show, art and releases. As part of this album’s release, a ‘Hyper Deluxe’ version of the album was released including, amongst other treasures, the stems from the album. Frank, at his heart, is a creative and wants to encourage fans of his band to be as creative as they like with his music.

The final track on the album, Neon Rust,​ is a message to his daughter, that although everything may be alright, sometimes it’s alright to be scared. It offers the perfect finale to a fine piece of work. It has to be said, this album is more varied than any other release which has come before it. It has the punk foundations of Gallows, with a hint of Pure Love and a topping of Rattlesnakes. It’s excellent to see in this modern day an artist doing something different – and with an album all about finding harmony in life, this balance translates exactly to the songs on offer.

I’ve been a massive fan of Frank’s work throughout his career – from Gallows, Pure Love and now with The Rattlesnakes – and I’ve never witnessed a musician prouder and more energised in their work. As I write this, “Modern Ruin” is sitting in the top 5 album chart, and for a solely independent artist, that’s pretty damn good. When this project began, it was an outlet for a lot of feelings and emotions, and I feel that with Modern Ruin, even twelve years into his career, Frank Carter has comfortably found his place in the music industry. Watch out, because 2017 is truly the year of the Rattlesnakes. 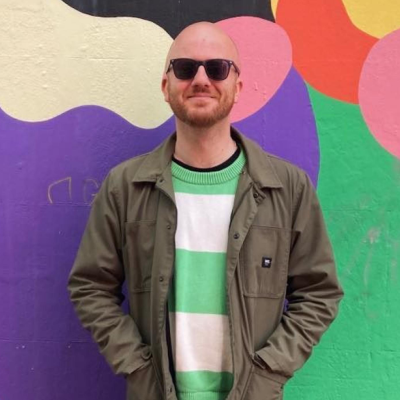