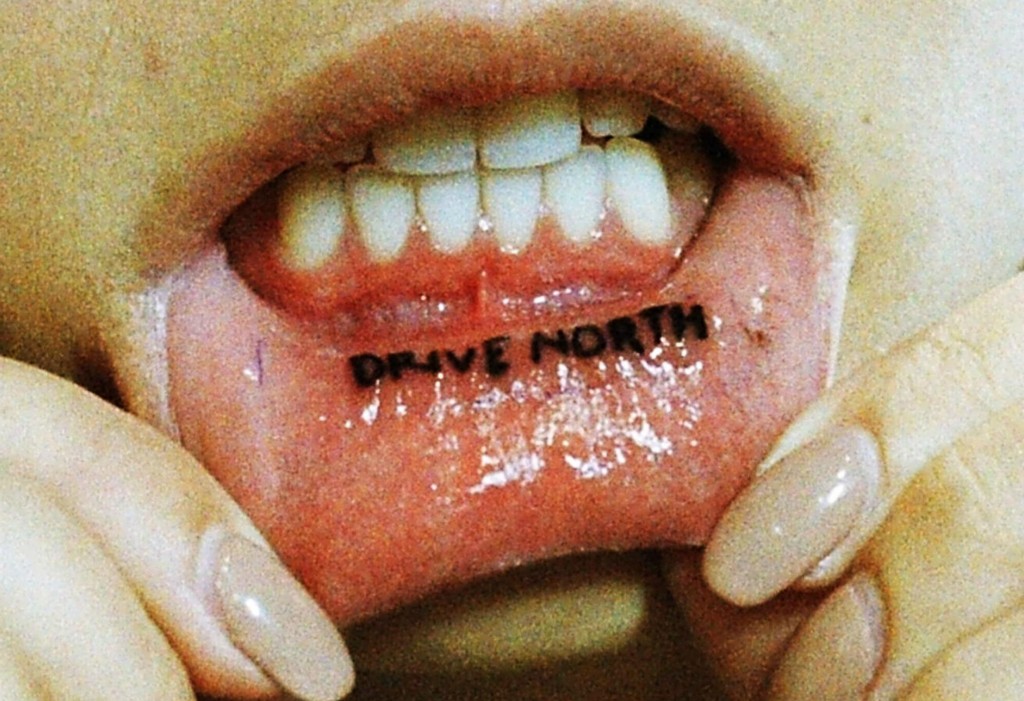 They just do whatever the fuck they want, and I want to see more of that in bands in general.

Ever heard of a band called SWMRS?!?! If you haven’t, first of all where have you been, and second say hello to your new favourite band.

Hailing from Oakland, California SWMRS are, well hard to define. My best is to dub them progressive punk, pop friendly heroes whilst all still being in the throws of youth, we’re “Rock ‘n’ roll from Oakland. You can be emotional too!!!!!”

SWMRS debut, ’Drive North’, released October 2016, is one of the most exciting and promising offerings of 2016. It’s fun and energetic whilst being emotional and though provoking all at the same time.

‘Harry Dean’ opens the album, pumping energy through your speakers from the off. Scrappy guitar leads into a shriek from frontman, Cole Becker and a fast paced rumbling riff that just doesn’t let up.  The lyrics tell a tale of the guys getting hyped up, cutting loose and not giving a crap what society thinks.

A stonker of an opening track!

‘BRB’ is classic pop-punk but that is where SWMRS refreshingly change it up with ‘Miss Yer Kiss’ and one of my favourites ‘Turn It Up’. These three tracks show SWMRS pure song writing talent, no scuzzy guitars or meathead aggression here. ‘Turn It Up’ is an amazingly joyful pop track, the simple rhythm lets the soul of the song glisten through, “It’s getting late and don’t you hate it, how the clock moves fast when your heart is racing…”

‘Ruining My Pretending’, ‘Lose It’ and moody synth ballad ‘Hannah’ show a second, other side to the guys. A more production, synth lead sound, helped along by Drive North’s producer, the one and only Zac Carper of FIDLAR. Zac admired the bands willingness to try anything and it shows with the albums experimental tracks, they breathe life into the LP refreshing our ears.

The first track that peaked my interest in SWMRS was ‘Palm Trees’ and it’s still my favourite. Opening with a prickly guitar line before dropping into a master class of a pop-punk chant of “to the toooooooooooop!” This track is built for a crammed, dingy venue full of sweat and manic energy, but delving a little deeper, ‘Palm Trees’ is a scathing view on corporate America, “You run from door to door, Until they tell you they want more, You sing their stupid song, And you smile because it’s a chore”.

SWMRS debut album Drive North is a beautiful mix of full throttle punk-rock, joyfully written pop cuts and top notch moody synth ballads, all from a band that has so much potential. I’ll finish off with a quote from the albums producer, FIDLAR’s Zac Carper. “I think they have the potential to be ginormous”, “They just do whatever the fuck they want, and I want to see more of that in bands in general.