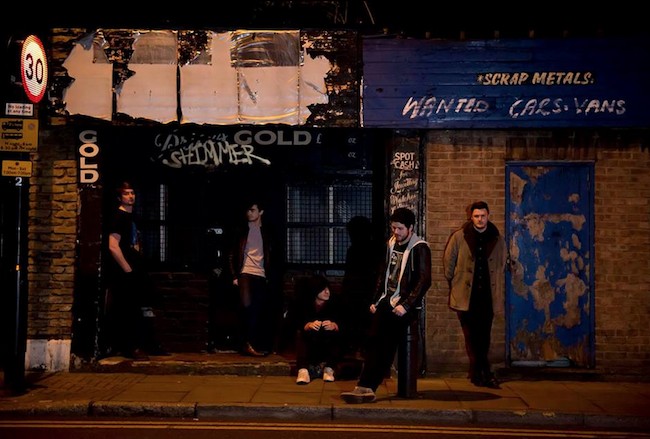 Formula 1 supremo Bernie Ecclestone is quoted to have been “horrified” by the “uninspiring” sound of the new V6 Turbo Hybrid engines, fitted for the 2014 season. It echoes the sentiments of the the media and fans alike, who aren’t happy with the new changes.

Silverstone now attracts a whopping 120,000 eager motorheads on Grand Prix race day, a demographic made up of mostly older males seeking to relive their youth: the live music, the go-karts, the funfair, the camping, and of course the adrenaline-pumped race are all on offer. But with general consensus that the main event will be quieter than ever before, who will step-up to deliver a brash, rugged noise to Silverstone once again?

Standing tall somewhere in-between The Courteeners, Kaisers and The Wombats, with inspiration drawn from the likes of indie-kings The Libertines and The Strokes, Dexters bring a refreshing modern swagger, homegrown flavour and youthful enthusiasm to guitar musics current grey landscape. Sounds from two early tracks, ‘The Hard Way‘ and ‘Start To Run‘ have already created a stir at Q Magazine, NME and XFM.

From the outset on the breezy tune ‘Cloudfest‘, it is apparent that this is a debut built on solid foundations, a blend of old and modern rock, which essentially turns into something sounding far beyond the products of a failed indie-rock/pop resurgence eight years ago. It is this platform which may give the band the longevity the band and scene craves.

Tracks such as The ‘Hard Way’, ‘Recover’ and ‘Start To Run’ show-off the bands infectious energy and ability to produce some big tracks even mid-album. You can count on these being huge played live.

The album hits its peak with the eponymous Shimmer Gold. The track forms from two distinct parts, starting with mesmerising guitar sounds beneath a harmonica. A moments peace to reflect on the album perhaps. With instruments and palets warmed, a psychedelic guitar bass-line and uplifting and dreamy instrumentals pour out, leading to Rowlett hitting the long notes with “You Shimmer Shimmer Gold!”. The tracks bluesy lyrics reflect the times Rowlett spent watching his dad down the East London backstreet pubs.

As well citing The Kinks being a big influence on the albums lyrics, the band note that first-hand experience of growing up in the rough East-End has given them endless stories and tales to tell. Taken from ‘Recover‘ the band talk about the difficulties of bumping into a recent ex, “He turns to me, so you show him off, insecurities are rushing to the front“, followed by “Can you let me recover?, Let me recover, If it’s over then why, Why is it you I see?”. A simple throwback to young love, but a definite anthem in waiting.

It would be rude to sidestep frontman Tom Rowlett. The East-Londoner exudes confidence, the next in line on a historic conveyor-belt of brash lead-singers in British rock music. “We hear it everywhere we go that people are ready for a band with big tunes and a proper energetic live show. I believe we are the band that they are waiting for.” We can’t wait for more of those..

Yes we all know guitar-based rock’n’roll isn’t dead. “It never will die”, as proclaimed by Alex Turner at The Brits. And that Silverstone crowd packed into the 12,000 capacity gig venue will certainly feel the same too, as Dexters fire-off tracks from their excellent debut album, ‘Shimmer Gold’.

Shimmer Gold gets 4/5 for it’s brilliant guitar riffs and anthemic chorus’ but is slightly let down by a repetitiveness to the mechanics.

Good luck with the gigs and album lads!