Album Review: Alt-J – This Is All Yours 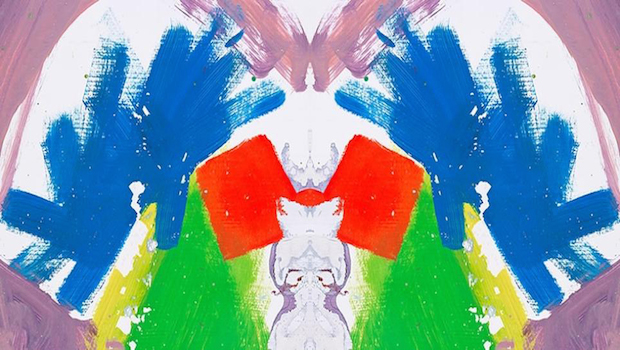 The follow up to the bands Mercury Prize winning ‘An Awesome Wave’ is a bittersweet triumph of pop-infused melodrama.

When Gwil Sainsbury announced his departure from Alt-J back in January, we all feared the worst. Alt-J’s emphatic indie empire seemed to be coming to an end. Thankfully, the band have pressed on with some aplomb, with their tantalising new record ‘This Is All Yours’. Following what is arguably one of the most important albums of the decade, the bands brilliant award winning debut ‘An Awesome Wave’, ‘This Is All Yours’ was always going to have a difficult birth; a birth which seems to have had some hand in Sainsbury’s exit.

In reviewing ‘An Awesome Wave’, NME’s Jenny Stevens credited Alt-J for “making geometry sound raunchy”. In turn, its successor is far less mathematical, and more organic. The opening track ‘Intro’, following the same blueprint as ‘An Awesome Wave’, indulges in more world music remarks and sitar fun. Still riding on a crest of electro-pop swoons, ‘Intro’ prizes the album up slowly, before leading into the crisp, ‘Taro-like’ sitar riffs, in a hip-shaking style.

Whilst ‘Intro’ is awash with vibrant sound and texture, ‘Arrival In Nara’ has a more sobering effect. The naked sound of soft guitar and piano accompaniment for nearly two whole minutes soaks up the scatterbrain ‘Intro’. Far more guitar orientated, ‘Arrival In Nara’ signals the start of a thinking man’s album. Even moodier, comes the fast-nodding ‘Nara’. The story continues, in this darker, crooning electrolyte of fiction and woe. The harmonies are harsh, and the chords snap like crunching glass.

All at once, the Miley Cyrus “I’m a female rebel” sample that’s caused so much stir in ‘Hunger of the Pine’ is both ironic and deadly serious, making it the perfect choice for the albums first single. Taking inspiration from ‘Maltida’, ‘Pusher’ and ‘Warm Foothills’ clasp together as folk songs that helps the to album wave between thick and thin. The soft temper tantrums keep flowing into songs like ‘Choice Kingdom’, ‘The Gospel of John Hurt’, and the ultimate album climax with ‘Leaving Nara’, the journey’s end. Soft guitars with bursts and anguish, dirge and grit. The album is all the better for it.

Arguably the albums most interesting and closely-linked track to ‘An Awesome Wave’ is the deeply anticipated ‘Bloodflood Part Two’. Like fireworks going off in a box, ‘Bloodflood Part Two’ is a wide crescendo of harmonic implosion. A loose change in melody with added lyrics, the track still hits on the themes of aggression and confrontation, yet melodically sounds more at ease, and more like a love song. At the decrescendo and back to the crescendo, Joe Newman continues to croon “a flood of blood to the heart” as the drums and melodramatic guitars and synths pound to the climax.

A more mature and picaresque album, ‘This Is All Yours’ is every bit as important and groundbreaking as ‘An Awesome Wave’. The only downside is that Alt-J have made their third album all the more difficult to conceive.