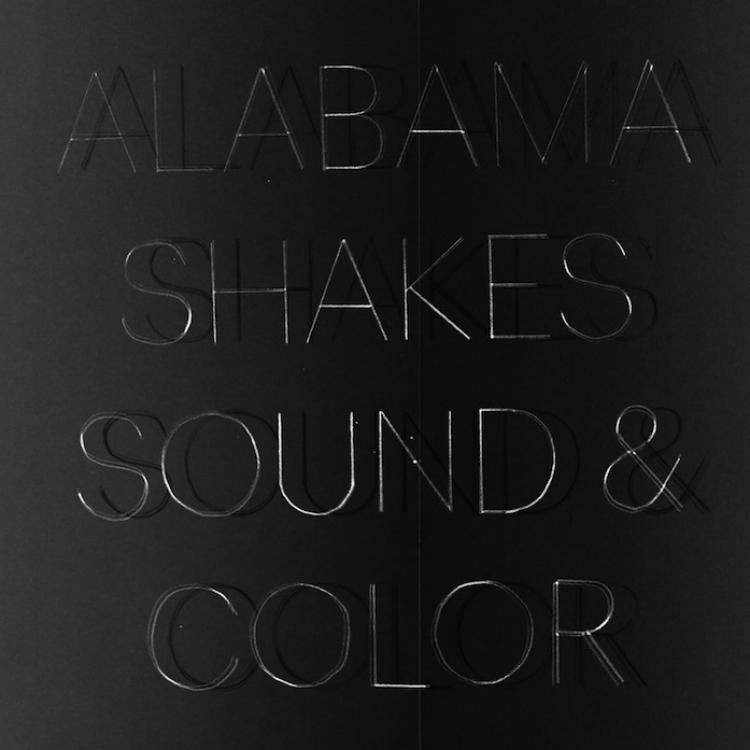 Dark, brooding and refreshingly ambitious, Alabama Shakes' second effort is a force to be reckoned with.

With ‘Boys & Girls’ being one of the runaway successes of 2012, Alabama Shakes’ follow-up was always going to be faced with high expectations. Any bands’ sophomore album is always a delicate matter, but considering the lofty pedestal their debut was placed upon, the Athens, AL-based soul rockers had set themselves a mammoth task. So 2015 rolls around and ‘Sound & Color’ is finally here. And boy, does it deliver.

So many questions crop up when an album of this ilk is produced: what have they added/taken away from their sound? Will they attempt to mix up their songwriting style? Or are we just in for a carbon copy of the same? Rather than standing on ceremony, Alabama Shakes sum up their new direction perfectly with their opening track, ‘Sound & Color’. So much of the classic Alabama Shakes sound is there, and yet so much is new. Keyboards, on behalf of touring member Ben Tanner, are much more prominent, and gentle vibraphone notes ring throughout. The solid foundation that is Zac Cockrell and Steve Johnson’s rhythm section keeps everything together in a subtle yet firm grip, whilst the addition of strings add a further element of intrigue to proceedings. Brittany Howard’s powerful vocals are just as perfect as ever, although this time augmented through overdubs to deepen the harmonies. The opening lines “A new world hangs/Outside the window/Beautiful and strange/It must be I’ve fallen awake” are wonderfully poetic, and clearly demonstrate that the band are entering exciting new territory with their lyrics. Fans will be relieved to hear that this is a sound that has not changed or been sacrificed in quality; it has evolved and matured beautifully.

As soon as the opening song ends, Alabama Shakes change up the pace and tackle their new album head on. ‘Don’t Wanna Fight’, Sound & Color’s lead single, is punctuated with a rich, heavy funk groove, highlighting the twin guitar work of Howard and Heath Fogg. The former’s voice is even more impressive in this instance, switching effortlessly between a pure, soulful tone and a near falsetto without losing any emotion or passion. Guitar is once again in the forefront with ‘Dune‘, with infectious riffs lifting the song between more peaceful, reflective verses. ‘Future People‘ is one of the real highlights of ‘Sound & Color’; a real in-your-face rocker with a sound so deep, distorted and dirty it almost dips a toe in metal territory. Welcome gestures back to their debut come in the form of ‘Gimme All Your Love’ and ‘Miss You‘, both straightforward and solid soul which allow the band to play around with what they know best without ever sounding stale. ‘This Feeling’ is another fantastically executed change of pace, with acoustic guitars and hand drums giving the track a gloriously serene sound as Howard manages to keep a tight rein on her voice whilst pouring every ounce of her being into her performance. ‘Guess Who’, a song of honesty and frustration, feels like the most conscious effort to rework their previous material, keeping the same soul feel whilst adding smoother distortion to the vocals, the previously-mention vibraphone and strings plus gentle, staccato rhythm guitar.

It’s very rare for a band to get everything right on the transition to their second album, and unfortunately Alabama Shakes have not avoided the trap entirely. The urge to experiment is often great, with many attempts going more smoothly than others, and ‘The Greatest‘ is the one example on ‘Sound & Color’ of Alabama Shakes missing their mark. They had announced in interviews prior to release that they would even be going punk with this one, and ‘The Greatest’ is just that. It’s all there, from Howard’s informal “Check this out…and a 5, 6, 7, 8!” introduction to the frantic thrashing chords and hectic pace. Unfortunately, the end result comes across as a band restrained: the musicians are too tightly confined by the overly-simple nature of the music and are not free to fall into the natural groove we are all so used to. It’s a curious little number, especially when suddenly shifting to 3/4 waltz time for one verse, but it feels out of place and certainly doesn’t showcase the band at their best. Luckily, Alabama Shakes get right back into it with ‘Shoegaze’, a driving southern rock song with more than a hint of Creedence about it and, ironically, a punk edge to the chorus that works perfectly.

The penultimate track on the album, ‘Gemini‘, is also their most daring. Clocking in at nearly seven minutes, it is a lumbering and sparse song that profits from its minimalism. Much of the track is slowly pounding drums and shimmering keys, with Cockrell’s creative basslines really adding colour and heavily overdriven guitar work during the refrain. Howard’s vocal performance is particularly haunting, cutting an isolated figure in an abandoned sonic landscape backed by ominous pitch-shifted overdubs. It’s the closest to prog as any material produced by Alabama Shakes so far and is a true credit to their flexibility as a band. The album rounds up suitably with ‘Over My Head‘, peaceful in comparison to its predecessor whilst still keeping the listener on their toes with layered vocal harmonies and the odd brief suggestion of electronica on behalf of the unusual tempo and sawtooth keyboards during middle. The song ends abruptly, leaving one in awe of what they have just witnessed.

‘Sound & Color’ is almost certainly not what anyone expected from Alabama Shakes’ second outing. Whilst the elements of their original sound are still very much the foundation, they have experimented and grown as a band through instrumentation and atmosphere. We still have the soul and rocking attitude, but now there is a darker, deeper edge. Even die-hard fans will have undeniably underestimated Alabama Shakes on this one, and that is why they are one of the most important bands of today.