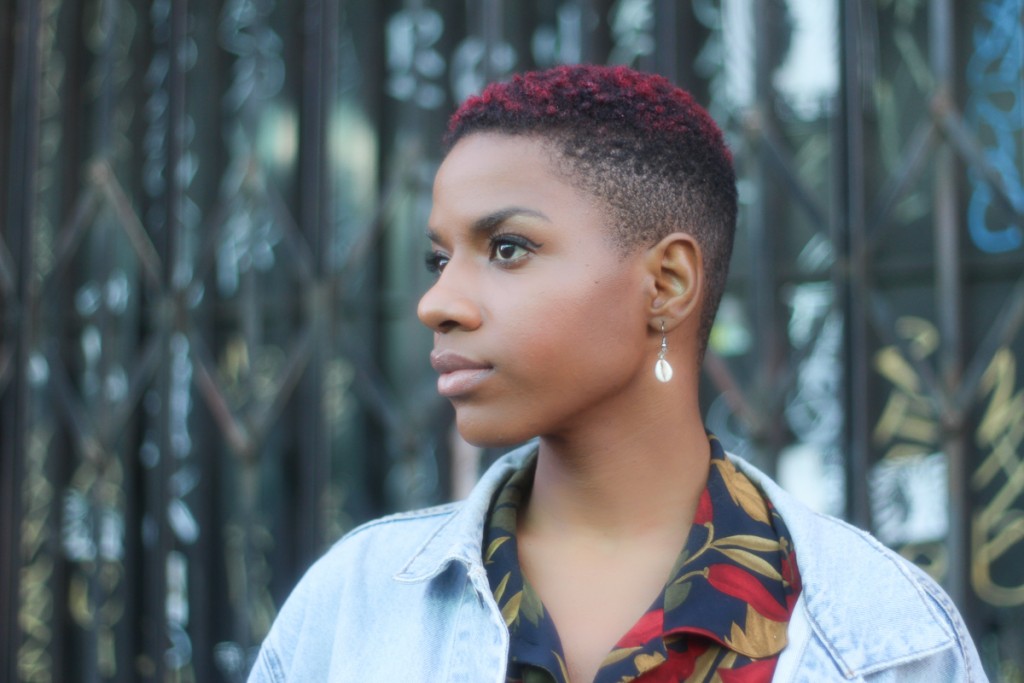 New York born singer songwriter Aisha Badru tomorrow releases her debut album Pendulum. After self-releasing her debut EP Vacancy in 2015, Badru’s fanbase grew and her moving track Waiting Around was selected as the soundtrack to a Volkswagen ad campaign. Now she returns with an offering of incredible tracks where she sings with heart-wrenching honesty.

Pendulum opens with Mind On Fire, a gentle and slightly chilling track where we’re introduced to Badru’s incredibly pure and crisp vocal. It’s stripped back with Badhu’s vocal accompanied only by a steady bass and spine-tingling harmonies.

Bridges opens with a deep, bassy beat akin to a heartbeatn and accompanied by a smooth synth. Badru’s vocal slides in with a gravelly tone that’s as deep and brooding as the baseline. Her voice gradually manipulates, becoming swept up into the electronic soundscape of the track. An incredible instrumental that’s a crescendo of strings breaks through like a whirlwind.

Just Visiting is all subtle keys and atmospheric beats. Badru’s voice dips in and out of a childlike tone, creating a complex contrast when coupled with the subject matter of the track. In my interpretation it’s a story of feeling at home somewhere but not being welcomed with open arms, being seen as a visitor only.

Navy Blues is a powerful and beautiful ballad in which Badhu manipulates her vocal so it’s both at once angelic but still retaining its signature gravelly edge. She sounds vulnerable and melancholy and the strings further emphasise the feeling of mourning and sadness.

Waiting Around has a heart-breaking opening as Badhu sings of waiting for someone who she loves while the rest of the world carries on around her. To keep it from becoming too melancholy the tempo picks up as Badhu sings of her lost love, with a joyous instrumental of strings to juxtapose against the heavy subject matter.

Fossil Fuels is a standout track on the album, opening with a continuous sonar beep coupled with a moody synth. Badhu’s vocal is distorted and manipulated and the track gradually builds with layers of electronic sounds added to the mix. Drum pad beats lend an urban edginess that singles this track out from the others.

Happy Pretending is another heart-wrenching track that grabs you from the off with the opening line “do I ever cross your mind? I think about it every once in a while.” Badhu knows exactly how to pull on the listeners heart strings with lyrics so simple yet so incredibly emotive. The violins are glorious and the closing lyric “are you happy or do you pretend?” leaves the listener on a metaphorical cliff edge, never to know how the story ended.

Splintered is another downtempo track with plucky guitars and understated strings at its core. A haunting vibe is created by the hand drums and male harmonies which ebb and flow throughout. Once again, Badru’s lyrics hit hard with lines such as “how many of us die and pretend to live?” It’s a track that can make you look at decisions you’ve made in life from a different perspective.

Closing track Dreamer is suitably dreamlike with the gentle synths and tinkling wind chimes. The subject matter is dark with Badru speaking of how we can have virtually anything in this world but we’re taking the beauty of the world we live in and life itself for granted.

Pendulum is a body of work that Aisha Badru should be incredibly proud of. Vocally, she’s unlike any singer I’ve heard and through this and her songwriting talent she’s found her niche. Her sound is incredibly hard to compartmentalise but has been described as urban folk since she toys with both a classic and a contemporary sound. Pendulum is an album for a certain mood, perhaps most suited for times of reflection and introspection, but one that most definitely deserved to be shared.

Pendulum  will be released on 27th April. Find out more about Aisha Badru here and have a listen to Bridges below.