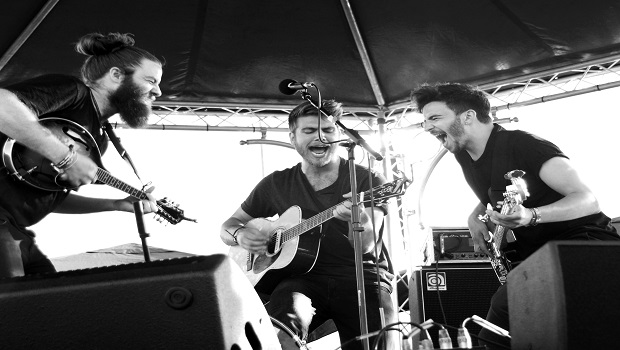 Hunter & The Bear are a London based Indie Folk Rock group who are starting to take control of the music scene.

About: Influenced strongly by the likes of The Lumineers and Kassidy, Hunter & The Bear’s sound comes as a nice addition to the modern folk era appearing to be a catalyst for the current music industry. Having supported the likes of Bruce Springsteen and Kasabian, these guys are in no better place to be putting the finishing touches on their latest EP.

Their début single, ‘Forest On The Hill’ is sounding fresh with melodic acoustic guitars gliding along the upbeat rhythm. Vocal harmonies take control of the track in a way, captivating the entire blend of soulful vocals met with folk instrumentals; an absolute top début by any standard!

Reminds Me Of: The Lumineers and Irish duo, Hudson Taylor.

Music: Hunter & The Bear’s début single, ‘Forest On The Hill’ is set for release on September 29th.

Listen to the single below: