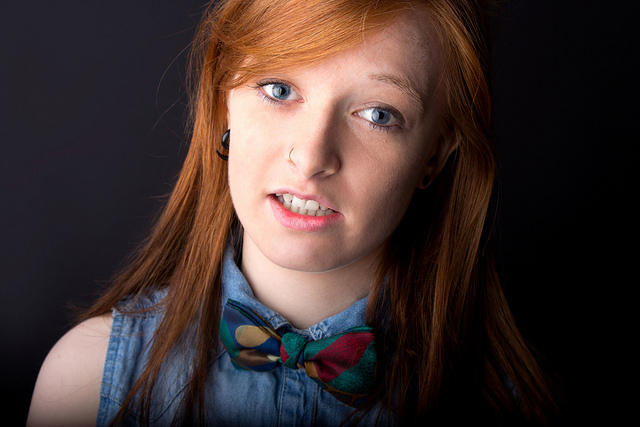 Saturday the 15th of December brought an exciting buzz outside the doors of The Academy, Dublin, for Orla Gartland’s second headline show in this venue. As the queue started to make its way through the doors, you could hear people singing Orla songs. The venue was filling up fast as a lot of people made their way straight to the merch stand at the back.

The room was still filling up when the first support act, John Gaughan, a singer/songwriter from Galway, took to the stage. John opened his set with an original song called ‘High’. Although his set time was short, he played a nice mix of three originals and a cover of ‘I Need A Dollar’ by Alloe Blacc. It’s always a good idea for a support act to include a cover in their set, just to bring something to their performance that’s familiar to everyone. John’s performance was really nice to kick off the afternoon, with a sort of similar sound to Lewis Watson. He just had a really nice stage presence and he definitely became more comfortable interacting with the crowd as he went on.

Once John had finished, it was time for the second act of the afternoon, Jack Ryan, a Dublin singer/songwriter. From the minute Jack started playing, beginning with a little bit of beatboxing, I knew it was going to be a confident and strong performance. With everyone packed into the venue, the crowd were really buzzing for Orla at this stage. Jack had an extremely strong voice that just seemed to grab the attention of the entire crowd in front of him. Similar to John, he performed a mix of originals and one cover. He articulated a really positive performance, with a cover of ‘Ooh La La’ by The Faces to keep the cheerful mood up around the venue. I think it was a shock to everyone when Jack informed us that he only started uploading videos to Youtube six or seven weeks ago!

Following two great support acts, it was time for main act, Orla Gartland to come out to an eagerly awaiting crowd. Not only did she bring festive spirit with fairy lights on her mic stand, but she brought fun and energy. As usual, Orla’s performance was just bursting with personality. She opened her set with one of her most well-known songs, ‘The Ground’, which immediately sparked a reaction from the crowd. The set list was quite balanced; there was a nice mix of old and new material. Orla moved on to play a new song called ‘Jealous’, which she had actually been organising a fan-made video for. She received over 400 entries for the video, in which people had to take photos inspired by the lyrics of the song. Although this song has a slightly different sound to most of Orla’s other stuff, it was clearly loved by everyone there.

Moving through the set list of old and new songs, Orla got to, what she said was the last song of the afternoon, ‘Devil On My Shoulder’. The appreciation the crowd showed for this song was incredible; arms waving from every side of the venue, and everyone singing the lyrics back. Definitely one of the best songs of the day. But of course, given the time of year, this gig wouldn’t have been complete without a Christmas song to wrap it up! As Orla welcomed Harry- half of the acoustic duo, Hudson Taylor- to the stage in a Christmas jumper and Santa hat, the crowd went absolutely crazy. Their cover of ‘Fairytale of New York’ by The Pogues and Kirsty McColl, really revived the last bit of energy from the crowd that’s always nice to get at the end of a gig. Their performance brought energy, life and fun to the Academy, and was just the perfect finish to Orla’s performance… We can forgive Harry for forgetting a few words, right?!

Ripping At The Seams

I Hear Nothing At All

Devil On My Shoulder

The one thing, if nothing else, that has to be said about Orla’s performances, is the honesty that she puts into them. It’s just something for an artist to be able to perform such honest music and interact with their fans without being over-confident and trying too hard. There’s too many people trying to be musicians these days who are just in it for the fame it might bring, but it takes an honest and passionate songwriter to be an ‘artist’, and a genuine artist is what Orla is. If this is her at just 17, I can’t wait to see her in a few years time.