Interview: Orla Gartland – “To be able to release one EP and do a tour is amazing and I feel so fortunate” 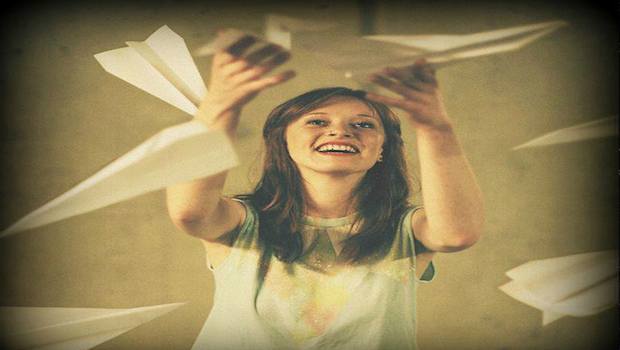 Where to start with Orla Gartland? This brilliant redhead Irish girl is taking the UK by storm, with her dorky humor, her funky attitude and beautifully written songs. We caught up with Orla at her SOLD OUT show at Dingwalls, Camden.

Fortitude:  So, how are you?

Fortitude:  I’m good thanks. So, how’s the tour going?

OG: Really really cool. I’m very happy. We just played Glasgow. Then yesterday we just trekked back to London for nine hours or something, holy hell.

But Glasgow’s so fun cause there was a really rowdy crowd, and what I can only assume was quite a drunk crowd, and it just made it so fun. There was an amazing atmosphere where technically a tonne of things went wrong, like my guitar wouldn’t plug in and I tend to be quite accident-prone, I’m definitely prone to horrible things like that always happening, but because the crowd was so funny and responsive and engaging and happy, it just made like this really cool atmosphere. There was loads of massive guys with like tattoos and leather jackets and I was like, ‘are you at the right gig? This is so crazy’! So it’s been really good fun. So there’s just London and then one more UK gig and then we go home… to my home land. So it’s good fun.

Fortitude:  Are you looking forward to getting home?

OG: Yes, so much! My dad’s being my Irish tour manager, so he’s collecting us from the airport and driving us around in his 7-seater Opel, which should be really good fun. It’s gonna be really nice seeing my granny and getting all the cousins down, I have a big family, so get all the cousins down and come down to the Dublin show. It’s really good. And you’ll have some Fortitude reps repping the Dublin show.

OG: (#WynonaGrant, #shoutout #holla. Sorry, so horrible.) But yeah, that’s very cool. Thank you for sending your troops along to so many dates.

Fortitude:  It’s alright, we’re here to support you, we only support good acts.  So the newly released EP blew up amazingly, did you expect such a massive reaction?

OG: Definitely not. And I still feel very shell-shocked by it.

I played music for ages before I released anything like an EP or body of work and it felt like such a relief to get it there. But also I guess, like any musician, take a band like London Grammar, they’re amazing and they have this amazing style and as far as I’m aware, they have this kind of journey that a lot of people have; they decide they want to be a band, and hide away maybe in a garage for like two years and they just nail the sound, and when they finish, it’s all ready and they just roll it out.

And that kind of development just takes time, and someone like myself has been so fortunate in terms of the Internet and having friends that also play music, and everyone supports each other. It’s kind of strange because you’re developing but you’re developing a little more publicly. So it makes for a really interesting dynamic. To be able to release like one EP and do a tour is amazing and I feel so fortunate, and then you’ve got this thing where as you develop, you feel like you have to keep people happy because I still feel like I’m in the development stages. I don’t feel like I’m this ready made artist, I don’t feel like I’m ready for an album or anything like that, I feel like there’s a big gap to be bridged in between, so yeah, that’s kind of what I’ve been doing a lot of. But the tour is like super encouraging, it’s like my favourite thing to do, so to have anyone want to watch it is really cool.

OG: Yeah, weirdly enough I’ve played Dingwalls once before, it was two years ago and I supported Gabrielle, so to come back and headline it is so weirdly bizarre. She’s a great friend to have because she’s given me so, so much advice and she’s great. They’re all great; Hudson Taylor, the Lads, a few more in Ireland. I don’t know, I’ve been really blessed with a lovely group of friends, there’s definitely a really supportive vibe, and people are always like  ‘oh you must know there must be like some competition’ but there’s actually not at all. It’s really cool.

Fortitude:  So being so close to them, how do you manage to keep your sound so different to theirs? I mean obviously being so close together you’re going to take loads of inspiration as friends?

OG: Yeah, it’s kind of an interesting one cause everyone plays guitar. But really what it comes down to is what you listen to yourself, and that’s where the differences creep in. If you just have yourself and a guitar, that’s going to be a similarity between things. I’m so fortunate to be suddenly in a position where I can bring in other musicians and the sound changes a little bit but it’s all about what you listen to, and that’s developed for me and evolved over the ages.

For example people see that I play acoustic guitar and they say, ‘you must be like a folk artist’ and I love folk, I listen to a lot of it and I think it’s really good fun but I don’t really write folk songs, I don’t think so anyway; I kind of consider myself a bit left-field Pop. Like Regina Spektor but influences from even as far back as maybe Cindy Lauper and Kate Bush. Those kind of things just develop over time but yeah, there’s definitely a risk of everyone sounding the same. That wouldn’t be fun.

Fortitude:  So you started with Youtube, and obviously that’s just been incredible. I saw the newspaper article where you woke up with half a million, billion viewer.

OG: (Laughs) I love this slight exaggeration but okay. Yeah, it has been a great tool, it’s the kind of thing you have to take with a pinch of salt, because it can become a novelty as well and the last thing you wanna be is considered to be lumped in as a YouTube artist. It’s something I’ve thought a lot about, cause it’s done so much for me and I don’t wanna stop making videos cause I really enjoy them, but I wanna show everyone that I do all the other aspects of it, you know I tour, I record, and I write on my own, and co-write and I do all these kind of more traditional aspects of it along with all the online stuff.

And it’s more about giving people a glimpse into that but not saying ‘oh I’m not gonna make videos anymore’. I don’t wanna stop by any means, it’s been absolutely amazing and especially just for practical reasons like I finished school last June, I did my leaving certificate, which is the Irish equivalent of A levels, and to just finish exams and go straight into this kind of thing is really cool. So I owe the Internet a lot, hopefully it doesn’t come back and bite me or something.

Fortitude:  One thing I really hate is when I go on your videos and people are too focused on the faces you make. Why can’t they just let you sing?

OG: I don’t know, I make horrible faces when I sing, I do that live as well when I hit the notes, (I go* makes face*, I just realised this is audio and people are never gonna see that) but yeah, I get a lot of that. Some are nicer than others, you just have to shake it off, but yeah the faces thing is weird, I don’t know why everyone doesn’t like the faces that I make but ‘hater’s gonna hate’, just kidding, Christ no.

Fortitude:  So after the tour, what are your plans?

OG: So the tour finishes in my home land of Dublin, it’s gonna be good fun, and then I’ve got like a week of just chilling out really, kind of putting together a very, very rough skeleton of the next release,  so I’ve got a tonne of back catalogue, of songs that I’ve been writing and storing up to just pick which ones I like most and start putting some shape on that. I’m in no rush either, I’d love to have something out for the Summer, but I definitely don’t want to rush it. So that’s the plan, do a bit of planning, and then I get back to the UK sometime in March to do some more writing and then I’m going to the States for the first time so everything’s exciting in life.

Fortitude:  Any collaborations coming up, with anyone famous? Any Fortitude exclusives?

OG: I don’t really know anyone famous, just Christina Aguilera, oh I let that one slip (laughs) no, I don’t think so! Collaborations are a weird thing, I feel like it should be something that you do after maybe your first album, cause you don’t want to get known as a feature artist. But I do a lot of writing with other people, and some of those people are just writers and some are other artists, so maybe if a song came up, I definitely wouldn’t be against the idea, but there’s nothing planned.

Fortitude:  Okay cool, thanks for the interview.