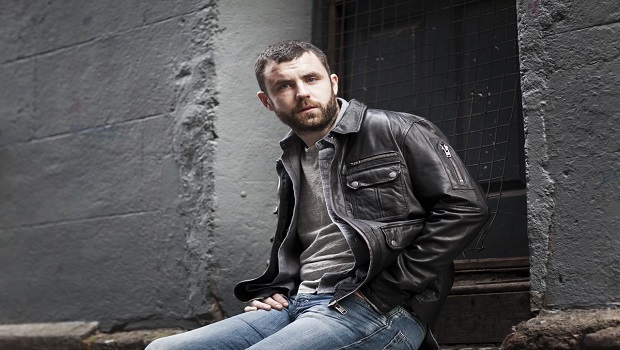 We caught up with Mick shortly after his Electric Picnic appearance…

Hey Mick, how are you?

You played two sets at Electric Picnic last week; how was the reaction for you?

Yeah it was good craic! It was a good laugh- kind of relaxed. It was something that came about at late notice so I didn’t get time to worry about it, so that was grand.

How are your pre-gig nerves, generally speaking?

I have to admit, on the day, I was having a good time! I was walking around with a 7up bottle that didn’t have 7up in it, if you know what I mean! [Ah yeah, typical festival antics so?!] Yeah, so I was in good spirits by the time that gig came up. The nerves didn’t get me as bad as they normally do, but I was nervous enough for the second gig because it was in a big tent and it was late in the evening. We were the last band to go on in one of the tents and that makes you feel like you’re a headliner and adds a bit of pressure. The crowd doesn’t see it that way though. They were off to Artic Monkeys afterwards so they were happy out!

You also went to Australia recently. That’s pretty amazing! How did you get on down there?

Yeah , that was cool. It was an odd one. We were only there for a total of six days and we had four gigs. We were flying nearly everyday so we were completely wrecked. But it was good craic! We mostly met Irish people; most of the people that came to the gigs were ex-pats so it was strange to spend days travelling just to be back to what seems like Ireland. It was a good experience- I never expected to be doing anything like that in my life!

How did you come to do music full-time as a career?

My mother’s side were all big into music. They were all singers, and they used to have parties and things like that with sing-songs so you had to do your bit! They got me into music and I started playing guitar when I was about 15. In terms of doing it as a means of living, I kind of just drifted into it. I didn’t really struggle for it- I’m not great at looking for attention or self-promotion- so I just did it for the enjoyment, did a few gigs and they went well. People started to help me out and I got a manager, which I suppose was the biggest thing.

Have you any dream venues that you’d love to play in the future or even that you’ve already ticked off the list?

I only felt that once when I was about 16 or 17 and then I forgot about it. It was to do with the Cork Opera House. I remember the first time I played there and I remember the feeling. Everything else may seem like I’m taking it for granted but really I’m just taking it as it comes and not having any great expectations or setting myself up for disappointment. So far I’ve been very lucky. No matter what pace things are moving at, they’re still moving so I’m very glad.

Thanks very much for that interview Mick, best of luck with the music!