Interview: Lightyear’s, Chas Palmer-Williams – “I feel like I’m a bit too old to get wasted all the time now” 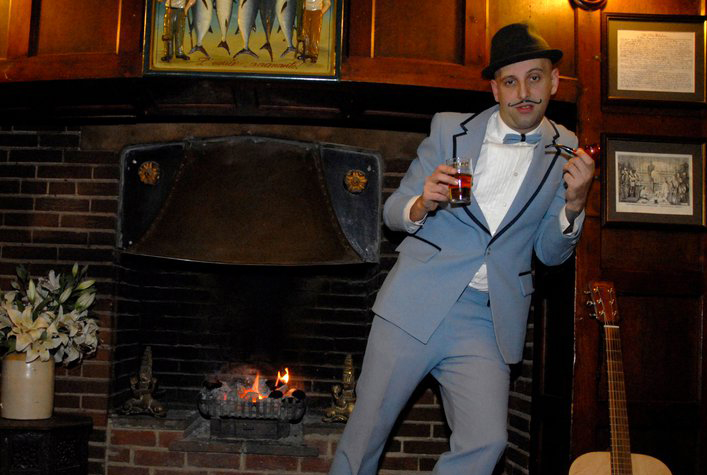 We chat to Chas Palmer-Williams, former frontman of ska-punk band Lightyear at this years Slam Dunk.

How would you describe your music to anyone who hasn’t heard it already?
I suppose it’s acoustic and lyrically heavy. I can’t really sing but I do my best, I try to put loads of lyrics in because that’s the sort of music I like anyway.

Have you bought your own pyrotechnics this time?
(Refers to this event at Slam Dunk 2010: http://www.youtube.com/watch?v=Se3mxX-lRS4)

I haven’t! No, I was told I can’t do that because…well it’s not that I can’t I suppose but I promised I wouldn’t cos I shouldn’t have really done that. I got told off a little bit, they’re really cool the Slam Dunk people but the smoke grenade was a little bit more excessive than I thought when I did it in Hatfield so I had to go out and all the security chased me. It’s a wonder I’ve been invited back to Leeds but that was more the audience. Joe from Random Hand was playing on stage with me and was like “oh he’s got a flash bang” so obviously everyone started chanting “set it off” so I had to do it really.

What’s your favourite thing about playing this sort of festival?
I guess seeing old friends, seeing new bands and I like just having a guitar with me because I can wander around and take it all in. I feel like I’m a bit too old to get wasted all the time now and I just don’t function the next day. So now I just wander round, have a coffee and watch people.

You’ve got some new songs in your set today, do you get nervous playing new material for the first time?
Yes. I was trying to remember this middle 8 to a song the other day and it was in there but I just can’t get it. I do get nervous but then I just think y’know if you forget it you just do don’t you, it’s not the end of the world is it. Just jump around and hope for the best.

Are you seeing any other bands here today?
Yeah, The Skints, Gnarwolves, King Prawn are amazing too. I grew up watching them as a kid.

Would you be tempted to reform Lightyear for Slam Dunk?
Well the problem we have is that one of the band is on an island in Thailand doing lots of scuba diving. We did a little reunion tour before and it was like a week long stag do. So we don’t know, maybe next year you never know what could happen.