Interview: Frank Hamilton – “I’m Not So Good At Pretending” 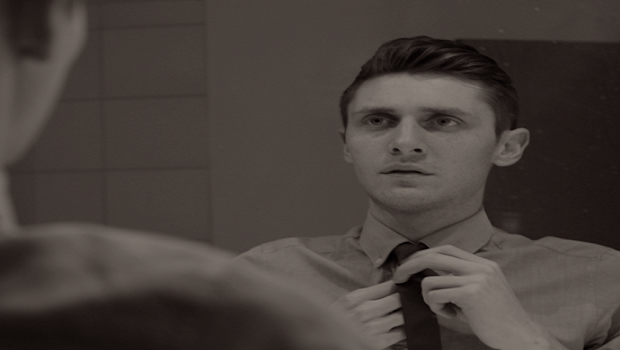 Utterly dedicated, British singer-songwriter, Frank Hamilton seems to be shooting ahead in the music industry with the fantastic achievement of his extremely successful project #OneSongAWeek under his belt.

Recently receiving a massive reaction on his tour, along with one of his other crazy ideas- #LondonEyeEP- there seems to be plenty put in place for Frank’s music for the near future. I caught up with Frank to chat to him about his music and how he hopes to move forward.

Hi Frank, I know you’ve been pretty busy playing shows around the UK; since you first started gigging, have the nerves settled at all? Any pre-gig rituals?

I’m not sure the nerves will ever settle but I’m definitely more comfortable than I used to be. As for the pre-gig rituals, nothing too exciting. A peppermint tea and some pacing around the dressing room?!

You’ve played quite a few venues since you started out in music, but are there any places you’d love to play? Any countries you’d like to visit?

Anywhere and everywhere. I’m not fussy. I’ve always wanted to go travelling but have been always been too immersed in music or too low on funds to make it happen. I did a few dates in Europe last year and I’d love to do more.

You’ve also released a lot of material, from ‘You, Your Cat & Me’ to all the songs that are part of ‘#onesongaweek’- are there any releases that you enjoyed working on more than others?

Every song on every record is different so it’s really hard to compare them. You, Your Cat & Me was written before I recorded it, with a band in a studio, where as #OneSongaWeek was written and recorded as I went along- mostly on my own in my living room.

In 2012, you really dedicated yourself to your music by doing the #onesongaweek project; why did you decide to do that in the first place? Was it more difficult than you had anticipated?

Truth be told there wasn’t much thought behind #OneSongaWeek. I had the idea on January 2nd and released the first song on the 6th so there wasn’t really time to get caught up in the pros and cons of it all. Needless to say some weeks were pretty tough but for every down there’s an up and looking back I wouldn’t have done too much differently.

During this project, you did a lot of collaborations with different artists such as Ed Sheeran, Lauren Aquilina, Newton Faulkner and Orla Gartland. Are collaborations something you enjoy doing? Is there anyone you’d love to work with?

Definitely. I was really lucky with #OneSongaWeek in the sense that lots of people seemed to warm to the idea and want to be involved. It was also really nice meeting and working a bunch of other artists who also immerse themselves in songs and lyrics. We’re all weirdly similar, which is nice.

If I was to ask you who your top 3 bands or artists are, in terms of influencing you and your songwriting, who would they be?

The Crimea. The Counting Crows. Blink 182.

Obviously there’s a whole load of different aspects to being a musician; from performing, to writing, recording, collaborating- what would be your favourite aspect and your favourite part of being a singer songwriter?

Last year, during #OneSongaWeek, I was doing all those and more. PR, Admin, Graphic Design to name a few. I’ve always said if I could just write songs and sing them I’d be the happiest man in the world.

One thing that’s recognisable about your music is the honesty that seems to be in the lyrics- and I think that’s a really nice thing to have. Do your songs tend to be based on personal experiences?

Thanks. Pretty much. I’m not so good at pretending.

Usually when I speak to musicians, they have a particular moment that stands out for them as being the kind of pinnacle in their career to date; has there been any stand out moments for you?

Not really to be honest. I guess the the first bit of radio and the first sold out show are nice moments to look back on, but if you ever make it to that level you realise how they’re just tiny pieces in a huge puzzle. It’s best not to blow too much smoke up your own arse.

Follwing on from the #OnseSongAWeek idea, I suppose, you recently had another pretty cool idea, which was the #LondonEyeEP. Can you talk to me a bit about that? Where di that idea come from and what were the steps involved in doing it?

I’m not sure where the idea came from but I knew it was a good one as soon as it arrived (unlike #OneSongaWeek)! As far as I’m aware no-one’s ever recorded an EP on the London Eye- in the 28 minutes it takes to go round once. That, coupled with the fact that my music’s quite British, meant we had to make it happen. I still can’t believe it did!

The support you got from fans for this latest idea was incredible; do you have any idea of a release date or how you’d like to release it?

The #LondonEyeEP is out on July 1st, along with ‘All of #OneSongaWeek’- a 52 track album featuring all the songs from last year and a chord/lyric book.

So you’ve definitely had an extremely busy 2012 and 2013 so far, having spoken about #onesongaweek and #LondonEyeEP, but what can we expect from you for the rest of this year? Any major plans?

Well I’ve just finished touring with Lucy Spraggan and I’m now on the road- M6 northbound, if you’re asking- with Lewis Watson. Once that’s finished the #LondonEyeEP and ‘All of #OneSongaWeek’ are released in time for festival season (I’m doing a few of the smaller ones) and then we’ve got my next headline tour in September or October. I’m also doing a lot of recording in my spare time, so there may be some news on that front soonish. We’ll see!