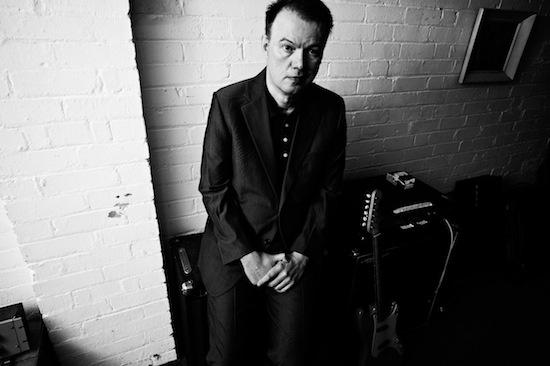 Edwyn Collins has announced details of the release of a new single, ‘Too Bad (That’s Sad)’ will be released through AED on Monday July 8th 2013.

The single, taken from his recent album ‘Understated’, which was released in March of this year, is complimented by an amazing video by acclaimed director Kieran Evans (Finisterre, Kelly + Victor, The Outer Edges).

Check out the single ‘Too Bad (That’s Sad)’ below:

The 11-track album, his 8th solo release, was self-produced with his long time studio partner Seb Lewsley and recorded at West Heath Studios in London during the 2nd half of 2012, barring a couple of earlier recordings.

Edwyn recently completed a sold-out UK tour, culminating in a rapturous appearance at London’s Union Chapel. He also was honoured at last year’s AIM Awards where he received the ‘Outstanding Contribution To Music’ award.

The last 12 months have seen Edwyn concentrate on running his AED record label, produce records for Vic Godard, Colorama, Charlie Boyer & The Voyeurs, Linden and London Mississippi with Seb Lewsley and begin work on a film about his life and music titled In Your Voice, In Your Heart with filmmakers Edward Lovelace & James Hall which is due for festival release next summer.