Album Review: Robert Ellis – The Lights From The Chemical Plant 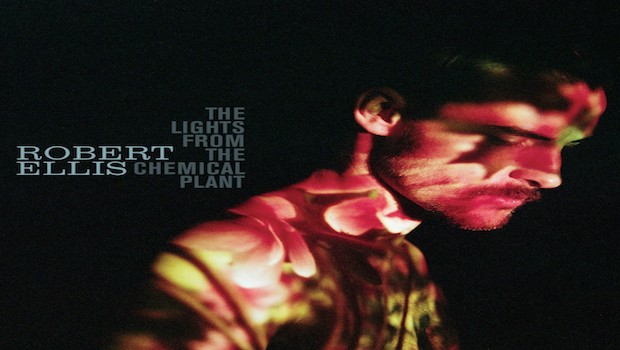 For many, it takes a lifetime of competing emotions to be able to portray one’s past experiences with such raw intensity as to dumbfound all those who bear witness.  Then there are those such as Robert Ellis, whose robust yet gentle Houston drawl far succeeds his tender twenty-five years.

With his latest album, ‘The Lights From The Chemical Plant’, Ellis delivers a record of stark imagery and sobering honesty so vivid and broad that it will tug on the heartstrings of any listener.

With former Tom Waits cohort Jacquire King at the controls, ‘The Lights From The Chemical‘ Plant starts strongly with ‘TV Song’.  A gentle country ballad about briefly escaping an often harsh reality through the medium of television, it is a prime example of Ellis’ ability to pinpoint within his songs moments that so many of us share, and it is the mutual empathy that draws us in from the get-go.  Over the next few tracks, it also becomes apparent that Robert Ellis is far from your regulation country singer-songwriter, as he draws numerous influences into his overall sound.  These range from the meandering and tremendously atmospheric title track through to the deep bass groove of ‘Good Intentions’ and into the James Taylor-esque ‘Steady As The Rising Sun’, co-written by Dawes frontman Taylor Goldsmith.

The following song, ‘Bottle Of Wine’, is a curious one as it represents both a real high as well as one of the few low points for the album.  A tale of seeking relief from lost love through intoxication, Ellis cuts a truly lonesome figure, with little more than piano for the most part to accompany this particularly heart-wrenching vocal performance.  Unfortunately, a rather out of place saxophone solo is introduced around midway through, which disrupts the flow slightly.  The somewhat thin and artificial tone produced adds very little, and seems unnecessary in the context of the song.  However, it is a brief interlude, and doesn’t go so far as to ruin what Ellis has already gone so far to accomplish.  There’s even time for a cover of Paul Simon’s ‘Still Crazy After All These Years’, with elegant slide guitar and Ellis’ vocals making for an exceptional interpretation of the original

Ellis continues his musical deviations with the faint bossa nova rhythm of ‘Pride’ and the wonderfully intense and dark story of love and denial told during ‘Only Lies’, building into the powerful trio of songs that is the conclusion of ‘The Lights From The Chemical Plant’. ‘Houston’ is a lengthy, bittersweet tribute to his hometown, with snatches of psychedelia leading into a blistering display of fusion jazz guitar soloing that is as unexpected as it is welcome.  ‘Sing Along’ is a furious, self-declared “traditional bluegrass atheist anthem”, coupling frantic banjo with backing vocals from country veteran Jim Lauderdale to exceptional effect.  Perhaps the highlight of the album is the closer, ‘Tour Song’.  The longest and most sparse song on ‘The Lights From The Chemical Plant’, it documents the failing relationship of a touring musician, and finds Robert Ellis at his most genuine and world-weary, a fitting conclusion to a magnificent work of songwriting.

There is no doubt that, with this string to his bow, Robert Ellis is soon to be recognised as one of the finest troubadours of his generation.  He has an ability to portray and provoke emotion that is second to none, which is clearly demonstrated on ‘The Lights From The Chemical Plant’.  It is not an absolutely perfect album, as on occasion the more eccentric and intriguing moments overshadow those that are less challenging, but overall this is a small price to pay.  Here is a record that reveals something new every time it is played, and will be bringing the listener back again and again.