Why 2013 Was A Year Dominated By Women 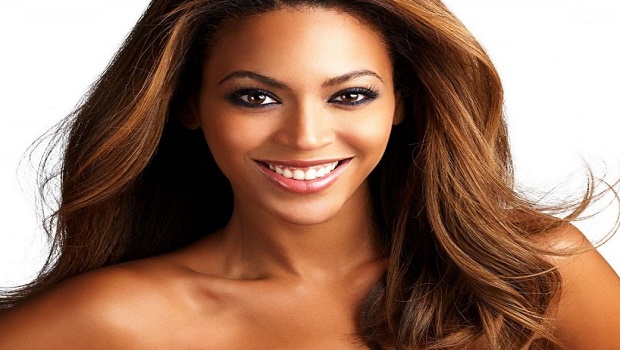 2013 has been a big year, with a lot of goings on. We’ve said hello to a new member of the royal family, said goodbye to an anti-apartheid revolutionary, and we’ve had a Gay Marriage law passed…

In terms of pop culture, it’s been a big year for women and feminist practices. From the most championed, to the most criticised news stories, albums, performances and dramas, 2013 has, arguably, been defined by powerful and much talked about women.

Despite its criticisms, from which a number of top Universities have boycotted playing it on campus, Robin Thicke’s ‘Blurred Lines‘ was the UK’s biggest selling single in 2013. Eith sales of over 1.44 million copes so far, as we reach the dying embers of the year, it’s been a huge commercial success. ‘Blurred Lines‘, on one hand, has underlined Robin Thicke’s career on the restrictive criteria of nothing but misogyny, implications of sexual assault in his lyrics and capturing a male audience with his more than unrated video, which has been viewed over 28 million times (however, standing insignificant compared to the 242 plus million views on the censored version).

Nevertheless, whatever challenges to feminism the video brought, the responses from popular feminist groups has been outstanding. From various feminist parody videos, including one performed by a group of Law students from New Zealand, that flaunt overly-muscley men in skimpy Calvin Klein underpants, whilst they’re squirted with whipped cream in a metaphoric demonstration of eroticism and a lampooned take on masculine sexual fantasy. When all said and done, referring again to the original Robin Thicke video, it’s been a major catalyst for feminist discussion and action. After all, with nothing to debate over, where do we draw the line from the offensive and  obscene to the pure challenges of art and authorship? In a sense, the lines are blurred (sorry, I couldn’t help myself).

If you ask me, the models, Emily Ratajkowski, Elle Evans and Jessi M’Bengue, in the uncensored version are the most empowering political and feminist signifiers of modern pop culture this year. Women who diverted attention away from the lyrically and vocally benign, yet pined over singer in the video. The gaze of the audience was focused on them, and they symbolised the power that women have in the music business, even when they’re not even singing. They weren’t exploited, the millions of buyers who bought the single/video purely for the explicit, misogynistic content were. Sadly however, the appearing in the ‘Blurred Lines‘ is likely to be the definer of the girls’ careers. On the face of things, I think they are amazing. In fact, the only ‘tit’ in the video was one wearing the suit.

Of course, Robin Thicke has had more than just naked women dancing around him this year. At this years VMA awards, Miley Cyrus made the headlines and hashtags by thrusting her wiggling arse into Mr Thicke’s face during a performance of ‘Blurred Lines‘. As far as I’m aware, it takes a lot to make Robin Thicke blush, but bloody hell Miley gave it her best shot. As well as for showcasing her love for recreational drug use and getting off with sledge hammers, Miley has divided opinion amongst the public. Is she desperately looking to subvert her old Disney persona, who is this the person she’s actually developed into, regardless of her Disney days? And you know what, in the same way ‘Blurred Lines‘ got us talking, she’s got us doing the same.

She’s dominated the tabloids, twitter and popular discussion. One could say, she came into 2013 like a wrecking ball (ok, I’ll stop now). Ok, so she lit up a joint on stage at the MTV awards. So what? It got us talking, it got us asking questions. It gave us some much needed controversy. Has she gone off the rails a bit, and does she seem a little bit too keen for people to think she’s no longer a product of the Disney franchise, but a sexy independent, ‘does what she wants’ woman? Maybe, yeah. But people are talking about her, and have been all year. And that’s exactly what she wanted.

At the end of 2013, we saw the return of the undisputed Queen of pop: Beyonce. Blimey, she’s been missed. Springing up with her surprise self-titled album, Beyonce returned to the throne as the swansong of the year. Her album reverberates a dark drooling embodiment of the post-dubstep timbres, facilitated by Beyonce’s signature vocal range, which is as impressive as ever. While her album came as a surprise, her dedication to record making did not, as she embellished herself into the realms of sex, post-natal depression and the trials of marriage and motherhood. Beyonce has signed off 2013 for the ladies, and underlined how they’ve dominated the cultural industries this year.

Of course, there have been so many women who have stamped 2013 as the year of the women: Lauren Laverne hosting the Mercury Prize Award, Lily Allen’s return, Germaine Greer’s Latitude Festival performance, Haim reaching number one, Jennifer Lawrence inspiring women to love their bodies, Pussy Riot’s jail release and others are amongst the biggest feminist high-five moments of 2013. Whether we’ve been rocking out to the Robin Thicke feminist treatment, bowing down to the Queen of pop or just dancing with Miley, we should recognise the cultural contribution women made this year, and will continue to make in 2014 and beyond.

Hates off to the ladies. They made it one hell of a year.