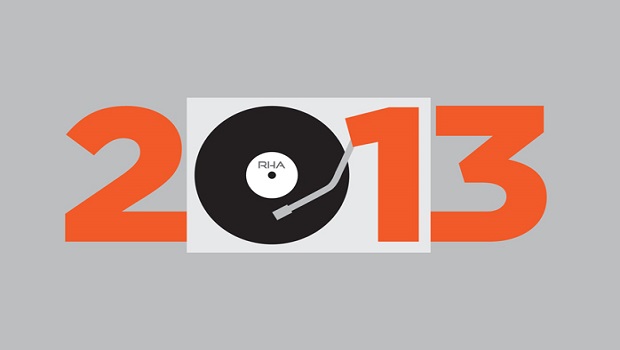 With the established acts such as The Wonder Years, The Story So Far, Transit Et Al all releasing new and brilliant albums but also “up and coming” acts like Real Friends, Neck Deep and Knuckle Puck bringing out music that has seen them make a meteoric rise “up the ranks”.

The US has always had almost a monopoly on Pop Punk with pretty much all of the establish acts coming from across the pond but 2013 has seen a few British bands make the step up and show the US that they are not the only ones who can create great Pop Punk.

Neck Deep are probably the break through act of 2013. This year started off well for Neck Deep with the release of 3 track EP “A History of Bad Decisions”. Since then the band has played Warped Tour UK, the welsh leg of Slam Dunk Festival, Played a few US shows, toured Australia, Signed to Hopeless Records and recorded a debut album. Not bad going really.

Another band flying the flag for UK Pop Punk is Roam. They released their second EP “Head Down” just a few weeks ago and will be supporting Neck Deep on their UK tour in January 2014.  Gnarwolves who were seen opening for The Story So Far earlier this year  released FunEmployed back in June. Bands like Highlives and Nai Harvest have been causing a stir and releasing great music as well.

The more “established” bands of “the scene” have not disappointed fans this year, all releasing albums which have all got great reviews.

The Wonder Years wrapped up their “trilogy of growing up” in May with the release of the astounding “The Greatest Generation”. An album that, personally lifted a tonne of my shoulders. If an album was to ever change my life it will be this one.

Boston’s finest “Transit” released their follow-up to the brilliant “Listen & Forgive” back in April. At first listen I was worried that “Young New England” would not live up to its predecessor, however with songs like “Nothing Lasts Forever”, “Lake Q” and Weathered Songs” I could not have been more wrong.

Back in May Man Overboard released their 3rd studio album, entitled Heart Attack. Heart Attack is the kind of album where you can roll down your car windows, turn your stereo up and sing along with the catchy hooks and unforgettable chorus.  The Story So Far proved to the world that they are no one trick pony back in March with the release of their brilliant second album “What You Don’t See“.

And of course who could forget the come back of Fall Out Boy?

With the out of the blue announcement that Fall Out Boy were back and were going on tour with an album on the way. The brilliant “Save Rock and Roll” saw the return of a giant of the genre. Fall Out Boy are creating a music video to every song on the album, which when put together make up the “Young Blood Chronicles” and the release of the PAX AM days EP, plus a massive world wide tour they have had a busy 2013. I suppose it makes up for the years they missed while on a hiatus.

2013 has seen a number of bands really break onto the “pop punk scene”.

Real Friends have had a big year, the release of the brilliant “Put Yourself Back Together” and a signing to Fearless Records is the icing on the cake for the Chicago 5 piece. Another band hailing from Chicago who have really broke through this year are Knuckle Puck. The release of their second EP “The Weight That You Buried” has made people really pay attention to them, we can expect big things from them in 2014.

Turnover released their debut album “Magnolia” which saw a slight shift in sound from a aggressive angsty sound to a more melodic sound. In October State Champs finally lived up to the potential they have been showing with the release of “The Finer Things”. The band has been showing promise for some time with great live shows and previous EP “Overslept”, The Finer Things did not disappoint and UK fans can look forward to seeing State Champs supporting The Wonder Years in 2014.

Of course this article has missed out a lot of releases and bands. Let us know in the comments section who else should have been included in this article.

Fall Out Boy – My Songs Know What You Did In The Dark (Light Em Up) on MUZU.TV.