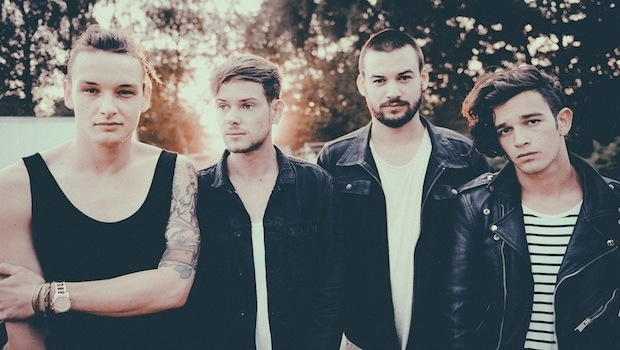 The 1975 have just released the official music video for ‘Heart Out’, their latest and last single from their self-titled début album.

The 1975 have been putting that left-field pop sound on the map over the last year in the build up and after the release of their début album. Their fusion of soaring synth and classic indie guitar riffs, alongside frontman Matt Healy’s undeniable British vocals sets them ahead of the game.

“With the video for Heart Out I wanted to return to the classic performance scene. I love a good performance video and wanted to try my hand at creating something that represented my grandeur and slightly deluded sense of self, whilst also adhering to the simplistic rules of a performance. The video is about narcissism, belief and delusion in equal measure. It represents how antiquated and romanticised visions of past and future shed a blazing light on the present and in turn provoke a self-analysis that soon shifts from the material to the ideological. It was in this state of excitement and obsession where the ‘Heart Out’ video was born. Obviously i can delve into the artistic vision of the video – what it means to me, the subtext and my own emotional investment within it – but in doing so I fear defacing what the video truly is about, at face value. It’s a bunch of kids who think they’re rockstars. And…they are x”

The 1975 are set to head out on another sold out UK tour later this month. Catch them at the following dates:

Check out the video for ‘Heart Out’ below: