10 Must See Artists At Parklife Weekender!

As we approach Manchester’s Parklife Weekender on June 8th&9th, we have picked out some of the must see bands and DJ’s playing across the weekend.

Headlined this year by Plan B and Example, Parklife Weekender  is emerging as one of the most popular smaller festivals on the festival circuit. Heaton Park is going to be bouncing all weekend as the best in indie rock, electro indie and various DJ’s take to the different stages.

As we get set to embark on the festival ourselves, moving away from the headliners, we have picked out 10 acts across the weekend that shouldn’t be missed.

indie rockers The Maccabees are always a festival favourite right across the circuit, from the smaller intimate festivals to the bigger festivals such as Reading & Leeds they provide a superb atmosphere as they blaze through their classic sing a long songs as well as getting the crowd to find their dancing shoes with their dancefloor filling tracks such as ‘About Your Dress’ and ‘X-Ray’. A must see band to get you in the dancing mood.

One of 2013’s most hyped up artists, Disclosure look set to fill tents at every festival they are appearing at this summer, full of smash hits already and their debut album dropping this week, the house duo will bring raves and make you find the top of your voice with their massive tracks ‘Latch’, ‘White Noise’ and ‘You & Me’ just to name a few, Disclosure are the perfect act to see to set you up for a night of raving your life away.

Becoming a household name from collaborating with Disclosure for one of 2013’s biggest hits so far; ‘White Noise’ and breaking into mainstream success with huge backing from the likes of Radio 1, XFM and NME, Alunageorge are gaining hype and climbing the charts with their own smash hit ‘Catching Flies’.  With their debut album expected soon, you will be able to catch what it will sound like at Parklife.

Local electro indie trio Delphic hit Parklife bringing their sharp and eye catching lightshow to the festival, playing classics from their critically acclaimed debut self titled album featuring smash hits ‘Doubt’ and ‘Counterpoint’ as well as ambient dance anthem ‘Remain’ and songs from their latest album, Delphic are always given a great reception when they play at home.

Sub Focus is one of those artists that seems to have been around forever, steadily climbing his way up the bill at various festivals over the years taking his drum n’ bass sound with him, he made his name from his massive self titled debut album with hits like ‘Rock It’, ‘Splash’ and ‘Could This Be Real’ to huge collaborations including his latest single ‘Endorphins’ featuring Alex Clare, Sub Focus will certainly ‘Rock It’ at Parklife.

Chart topping big anthem drum n’ bass Rudimental  are the band everyone heading to Parklife is talking about, from their smash hit breakthrough hit ‘Feel The Love’ to latest single ‘Waiting All Night’, expect the crowd to go off and the main stage to be completely packed as they run through their anthem filling debut album. The perfect mainstage band, especially in the sun. 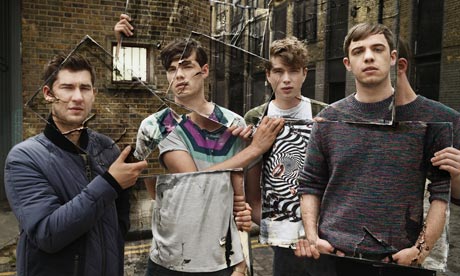 Another local band who bring a fascinating show, a band that split opinions but nobody can deny how impressive they are live. A mix of quirky electro and indie guitar riffs and indie anthems such as ‘Photoshop Handsome’ and ‘Cough Cough’ behind them, they are sure to be a big highlight at the end of the Parklife Weekender. Local music god Johnny Marr is a special guest at this year’s festival. The Former Smiths, Modest Mouse and Cribs guitarist has now gone solo and will bring his indie rocking sound to Heaton Park to put some rock in the mainly electro/dance festival, a man not to be missed when he plays in Manchester.

The post punk all female quartet Savages bring something different and a different sound to this year’s festival, reminding you of old school Yeah Yeah Yeahs from their early days of tracks like ‘Maps’, Savages are hotly tipped by NME to be one of the biggest breakthrough bands of 2013, with anthems like ‘She Will’ under their belts, expect Savages to be one of the most talked about bands in the aftermath of the festival weekend.

A dubstep DJ and Producer that knows how to cause a stir and how to get a crowd moving, with his latest album now out, full of heavy bass and dubstep that just makes you drop, Benga is a must see at any festival he plays. Might be known better to some as part of Magnetic Man and most recently supporting Example on his UK Arena tour, make sure you catch Benga to feel the heaviest bass you will ever feel.

With weekend tickets now completely sold out and it taking place this very coming weekend, excitement levels are high as we hope for a massively successful weekend, we hope you all enjoy it as much as us.