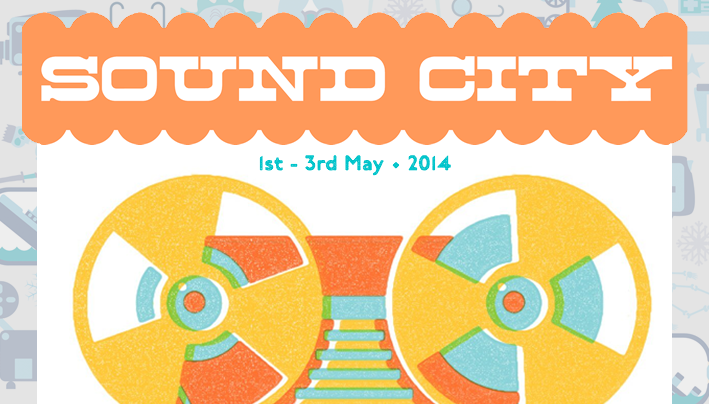 It’s the time of the year where Liverpool’s famous music festival Sound City takes over the city for 3 days full of the best up and coming bands mixed with some big name headliners during the May bank holiday. We have pointed out 10 artists playing the festival that you really don’t want to miss, and here is why:

This year’s big name at the festival as they are the closing band of the festival, playing the Garage venue in the early hours of Sunday morning. Luke Pritchard and his band are back with that wierd track that nobody understands, but along with that, you can expect the biggest tracks of the bands successful career; expect this to be another completely overcrowded squeeze into the venue as its not very often you get to see a band like the The Kooks closing a festival in the early hours of the morning, what a way to finish a fantastic three days of music.

Arguably one of the best sets of Liverpool Sound City 2013, where they played to an overcrowded basement at The Shipping Forecast. The noisy post punk duo bring a live experience like no other with their sharp, edgy tracks that cause mini riots in the crowds. Drenge look set to over capacitate another huge Liverpool venue at Sound City and this is a set that is not to be missed.

The most hyped up new band for a very long time in the UK, from the now famous t-shirt Arctic Monkeys drummer Matt Helders wore of theirs at last year’s Glastonbury to storming through this years NME Tour with the best music critics in the business hanging onto them through their rapid rise to the top, Brighton duo Royal Blood are back in Liverpool as they take to the famous Garage venue, as long as they dont blow the roof off and the walls down with their epic music, you will need to get down early to catch this set!

Another band who have surged through and took the best of the critics with them with huge praise are local indie garage rockers Circa Waves. Their Two Door Cinema Club-esque indie tunes have caught the ears of many, with a lot of people comparing them to the early days of the biggest band in the UK, Arctic Monkeys. Circa Waves play the East Village Arts Club loft, and are sure to attract one of the biggest crowds of the festival.

From being scouted and highly tipped very early in their career by the likes of BBC Introducing, one of Amber Run’s first ever gigs was appearing on the BBC Introducing stage at last years Reading and Leeds festivals, since then the band have gone from strength to strength with the release of their big hits ‘Heaven’ and ‘Noah’ with the more recent single ‘Spark’ as well as taking to the UK on a headline tour and supporting the likes of Kodaline on tour. Amber Run wont be playing such small and intimate venues for much longer so take the opportunity at Sound City before your intimate time runs out.

Unique psychedelic and R&B influenced 3-piece All We Are are another local talent playing this year’s Sound City, with their incredible rise topped off by signing with Domino Records (home to Arctic Monkeys amongst others) and supporting Warpaint on tour earlier this year, the trio take to the Liverpool Cathedral to provide main support for Irish pop group Kodaline on the final night of the festival.

From breaking onto the scene with their massive indie classic ‘Put you in your Place’ all them years ago, yes that’s right, that classic indie track that everyone remembers on a drunken indie rave in a smelly old basement club, the band are back with their latest album and take to Liverpool’s famous smelly, sweaty old indie venue The Zanzibar in the early hours of the opening night of the festival. What more does any indie lover ask than a classic indie band in a small sweaty venue to have a good ole’ indie rave..

Melbourne singer songwriter Courtney Barnett has rose to huge acclaim in the past 18 months, after starting her own label back in 2012 to release her music, she rose to the highs she is at now last year through her latest EP ‘The Double EP’, energetic and full of clever lyrics, Courtney Barnett could be a great chilled out way to finish the opening day of the festival.

A band hotly tipped by ourselves amongst others to be one of the bands of the next 12 months, the band are originally from Biggleswade, not to far from Bedfordshire, but now based all over from Liverpool to Leeds, so you could say its another local band (in a way) to play the festival. Moats are a garage psychedelic rock 4-piece, with indie guitar rhythms and edgy vocals and treat the festival go-ers to two sets over the three days.

Think of Foals and mix them with Yuck, that gives you Moats and they are a band to catch while you can before they explode all over the UK, one of the best live bands currently touring the UK circuit.

Liverpool’s biggest indie and country influenced band take to the stage on four occasions at this years Sound City festival, heavily influenced by music of the 50’s and 60’s, the melodic and often blues hit music is always a big hit live, with their music as big as their popularity around the city, taking to the festival stage after a recent sold out homecoming show in Liverpool o2 Academy, make sure you take one of the four chances to see the 5-piece at the festival.

Liverpool Sound City festival takes place from May 01-03 in venues all around Liverpool city centre, final wristbands are currently on sale.