Interview: All Round Clothing 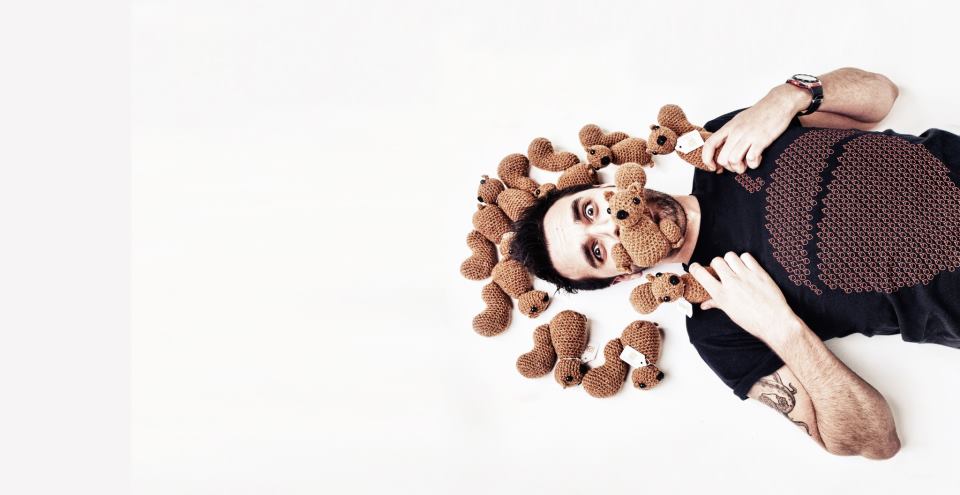 Here at Fortitude Magazine, we are always on the constant look out for clothing apparel’s that stand out from the norm. Apparels that stand for something instead of being the latest piece of “must have fashion” that then looses its meaning in translation.

We fully realise we are sounding very “hipster”, but you all know it’s true!

We’ve caught up with guys behind All Round Clothing, who are building their name through the sponsorships of bands, and the awesome clothing they make. So we thought, before they take over the world, we would have a little chat with them about their world domination and their latest clothing line as well as their plan to give bands that little bit of confidence they need.

So guys, how did All Round clothing start?

We’d worked for fashion retailers for a long time and had a huge passion for the industry, but wanted to try something different that we couldn’t do working for the major outlets. So, we created All Round Clothing. From there we wanted to create a truly unique customer experience and products to reflect our motto, ‘Take your passion, make it happen’.

We’ve really liked the fact you’ve began sponsoring bands, what made you do  this?

All of us have a huge love for music, and almost all of us have been in bands before and some of us still are. We know hard it is to be in a band and not always get the recognition you deserve, so we wanted to do our bit to help progress bands. It’s one of the reasons we set up the ‘Treehouse’ section to our site, to host a new video every week from unsigned and up and coming bands. We work very closely with the bands we sponsor and often sell our gear at some of their shows and tours.

If you could sponsor any band (past or present) who would it be and why?

We have worked with Asking Alexandria and that was a pretty big deal to give them some gear, but I think we’d love to sponsor someone like Professor Green or Bastille. They are music markets we’ve yet to really tap into, so we’d love to get involved with some bigger acts in those genres. Had we been around for years, it’s safe to say we’d have wanted to sponsor The Beatles!

What inspired the latest All Round Range?

The latest range was inspired by a number of things. It was a mixture of our love for the British countryside and wildlife as well as popular British culture. We’ve kind of mixed all of those together and is reflected in what you see on the store. We knew exactly what we wanted to get out of this range and used our motto quite strongly throughout.

Which piece of clothing are you most proud of out of the latest All Round range?

I think it has to be either the Acorns tee or the Fuck Triangles tee. The Acorns tee has been a best-seller and we’re working on it in 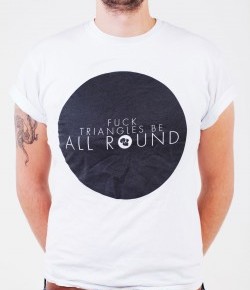 different colours. It has quickly become so popular that it’s now a standard line that we always print and hold in store. It’s kind ofsynonymous with our brand now with the whole squirrel and acorn theme!

The Fuck triangles tee is also a favourite because it really sparked a reaction, particularly on Twitter.

We had loads of people messaging us and tweeting about it because it was a just a big middle finger to the really mainstream fashion industry. Triangles were all over the catwalk on some of the most hideous pieces you’ve ever seen. So, even though the design is simple, it got exactly the reaction we had hoped for.

We love the little squirrel mascot you have adopted on most of your recent line, what’s the story behind him/her?

Our founder, Tim, was walking through the park near his house eating lunch, and a squirrel jumped down from a tree onto his shoulder, stole his sandwich and ran away. He later had a squirrel climb onto his shoulder in Hyde Park a little while later and we just thought we had to take it as a sign. So it became our trademarked brand logo that you see on our custom tag and new lines. We’ve even produced handmade cuddly squirrels with our latest range which flew off the shelf.

What is the plan for the future of All Round clothing?

We’re now looking towards working with a few boutiques and stockists to help push the brand further. We’re also working on loads of new items and ranges for the store, including loads of new accessories, jackets, shirts, and even denim. We’re also looking at customizing every single aspect of our customers experience with custom packaging, tailored to the individual products you buy. Music will play a big part of our expansion as we’re going to be working quite closely with bands to potentially release a collaboration range with some of our sponsored bands. So it looks to be a busy year of trying to expand as fast as possible.

As you can see All Round Clothing is definitely a clothing apparel you should keep an eye out for!