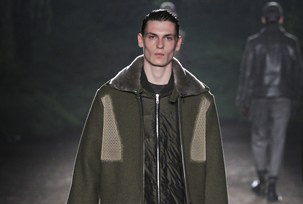 Milan Men’s Fashion Week has come to a close and this year I was lucky enough receive tickets to see some catwalks. It has been an intense week, but now it’s time to write about it!

Personally I’d place Ermenegildo Zegna first. The theme throughout the entire show was the understated unforeseen: pullovers exhibited hard cap hoodies, jackets were modernised with zippers on the sleeves and full-cut trousers were ample and tapered. Urban and rural came to mind upon seeing Stefano Pilati‘s lineup of eco-warriors. Checked overcoats and bomber jackets were finished with shimmering silver coatings, while brushed velvet suits were paired with colour-coordinated roll-neck sweaters.

Tomas Maier explored a modern menswear trend crossing sportswear and tailoring, which he started last season. In this collection the two tendencies felt less intermixed. Contrasting pieces were thrown together with nonchalance into looks, making their combination bold,  with a spontaneous confidence. For example, sharp custom-fit herringbone tweed blazers were styled with jersey smarty-pants, bringing a sense of carefree mundane luxury.

Rodolfo Paglialunga presented his first menswear collection for the label, keeping Jil’s minimalist codes intact. He combined a romantic 1970s-inspired affair with baggier and boxier silhouettes. Trousers stood out – they were cut beautifully with outsized pleats to give special attention to the waist. The materials used throughout the lineup were heavy in appearance. The tailored suits felt approachable and current, as workwear and utility details added sartorial interest.

Prada is always one of my favourites. It kept to delve into the denim with a subtle approach for winter, exploring glossy indigos and black sateens in a variety of low-key menswear silhouettes. Nods to workwear were created through elongated chore coats and apron-style lines, but the premium fabrics, with no topstitching this time, created an elevated attitude.

Massimiliano Giornetti’s new outing was a collection with a strong connection to nature. Coats and jackets featured floating bird motifs, while wild animals such as owls, buffalos and zebras spruced up knits and custom-fit garments. Models showed off long and chunky scarves wrapped around the neck to create a climactic effect throughout the lineup. Giornetti brought some poetry to the season with this daring and elegant collection.

Silvia Venturini in this new collection blended a thrilling lineup of contemporary pieces with luxurious fabrics and materials. Fendi managed to manipulate and shape materials such as shearling, which was etched to look like corduroy. 3D pinstripes were laser cut, while fur appeared to be brushed and spiked on hooded jackets. The craftsmanship was remarkable, as shearling peaked from sweater seams and real corduroy was patched onto tailored blazers and overcoats.

Massimo Giornetti blended the 1970s with the 1990s in a collection full of modern dandies and punk rockers. The result was natural and extremely convincing. The big departure this season was the lack of print – the playfulness came through via embroideries of robots and space-inspired elements. Giornetti infused the lineup with feminine touches such as lace polo shirts, plush textures and pink tones. Solid, elegant and youthful.

Alessandro Dell’Acqua mixed groundbreaking sportswear with bespoken tailored pieces. He drew inspiration from Northern European Style and embossed it into a luxurious sportswear collection . He brought the flair of laid-back elegance throughout the collection – posh knits were combined with extravagant brocades and technical fabrics. Elegant trousers were sharply tailored and tapered, while knitwear and outerwear came in plush textures and brightly coloured mélange wools.

The ones to watch 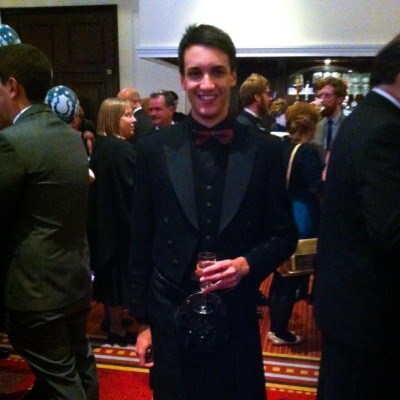 Originally from the foggy city of Ferrara, Italy now lives in Glasgow, UK. Student of Fashion Branding at GCU, enjoys fashion, cooking and traveling. Working Part-Time as Visual Merchandiser and writing for Fortitude and Ciao Mamma.