Live Review: Nothing But Thieves @ The Electric Ballroom, London. 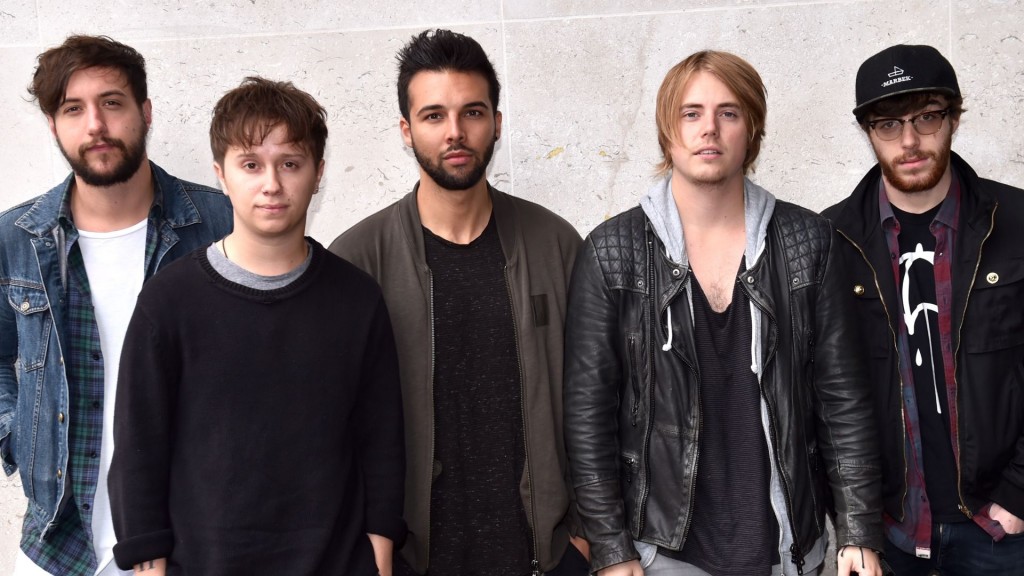 Nothing But Thieves are without a doubt one the greatest musical discovery this year. Their album is one that gives me a spring in my step as I pound the streets of Islington and navigate my way through the hellish tube at rush hour, and now that I’ve heard it live I love it even more.

Nothing But Thieves did not disappoint with their blinding set at The Electric Ballroom. They’re the band on everyone’s lips at the moment as they set the airwaves alight with ‘Wake Up Call’ and storm the charts with their incredible debut album. The release of their self-titled debut on 23rd October also marked the beginning of their first UK and European tour, and I was lucky enough to catch them at their biggest venue to date.

Witterquick, a five-piece from Exeter with an anthemic rock sound, and Pretty Vicious, a Welsh punk-rock quartet warmed the crowd up and left us in eager anticipation for the main event. After already playing five sold out venues, Conor [Mason, vocals] announced that The Electric Ballroom was host to their biggest crowd yet, and was truly overwhelmed by the incredible turnout.

They opened their set with ‘Excuse Me’, the breath-taking opener to their album. Upon hearing the track live I was astounded that the soaring backing sounds were actually sung by Conor. His vocal range is incredible and faultless.

Next on the bill was ‘Itch‘. It begins with a dark, sobering vibe peppered with electronic keys, which soon parts way letting the striking guitar-heavy chorus have centre stage. Conor’s vocals add a completely new element and really make the track: think soaring, commanding and certainly rock-inspired. This was most definitely a crowd-pleaser, and it was brilliant to hear live the track that first introduced me, and many others, to the band.

“Conor’s vocals are akin to Muse frontman Matt Bellamy, fused with Pelle Almqvist of The Hives”

It was great to hear the new album tracks mixed in with some of the better known favourites, for example, new track ‘Hostage’ which is heavy with unrelenting guitars that give it a dark edge. The intermittent bridges where the keys break through, accompanying Conor’s more angelic vocal side makes the song one of incredible contrasts. It’s like a battle between dark and light, good and evil, and there’s no telling who’s gonna win!

Another album track, ‘If I Get High’ is rapturous and chill-enducing in the way it builds up. The layers of guitars and drum beats gradually come more to the fore and provide an understated backdrop to the enchanting vocals.

‘Drawing Pins’, one of the standout tracks on the album, was absolutely electrifying live and certainly a personal highlight of the night. It begins innocent-sounding enough, but just wait for the chorus to kick in! Once again, the contrast between heavy and light is perfect and depicts the band’s rocky leanings.

The pace is taken down a notch on a couple of the tracks on the album, one of these being ‘Lover, Please Stay‘. The audience was awestruck during the toned down intermission when Conor broke into this track. He poured his heart and soul into that performance, leaving more than a few people with chills down their spine.

NBT have a striking versatility and this is no more evident than when you listen to ‘Graveyard Whistling’. Compared to a lot of the tracks mentioned above, it has a more sombre feel and the addition of piano keys and a multitude of voices in the chorus gives the track an atmospheric sound that lingers. I loved how virtually everyone in the crowd was singing along with their phones aloft!

But of course, ‘Ban All The Music’ was a fitting end to their unforgettable live set. Conor’s vocals are akin to Muse frontman Matt Bellamy, fused with Pelle Almqvist of The Hives on this track (even more comparisons can be drawn when you check out the video with them wearing matching suits à la the ‘Hate To Say I Told You So‘ video). The sound is unremitting, guitar-fuelled and builds up to some addictive guitar solos. Conor appears to hit every note on the spectrum and the energy this song emits is seriously catchy. It was obvious that a semi-mosh pit was gonna form as soon as the opening chords were played, and it was an electrifying end to an unforgettable gig.

Nothing But Thieves are without a doubt one the greatest musical discovery this year. Their album is one that gives me a spring in my step as I pound the streets of Islington and navigate my way through the hellish tube at rush hour, and now that I’ve heard it live I love it even more. It’s surged its way to number seven on the album chart (and number one on the vinyl chart), an incredible feat for a five-piece from Southend-on-Sea who were virtually unknown this time last year.

They’re currently on the European leg of their tour, but I know I’m not the only one who’s eagerly awaiting their return to London.

Check out current single ‘Wake Up Call‘ and ‘Drawing Pins‘ below.