Launchbox: Sketchman ” I have felt the allure of the DIY mentality exhibited in the UK grime and early dubstep scenes”. 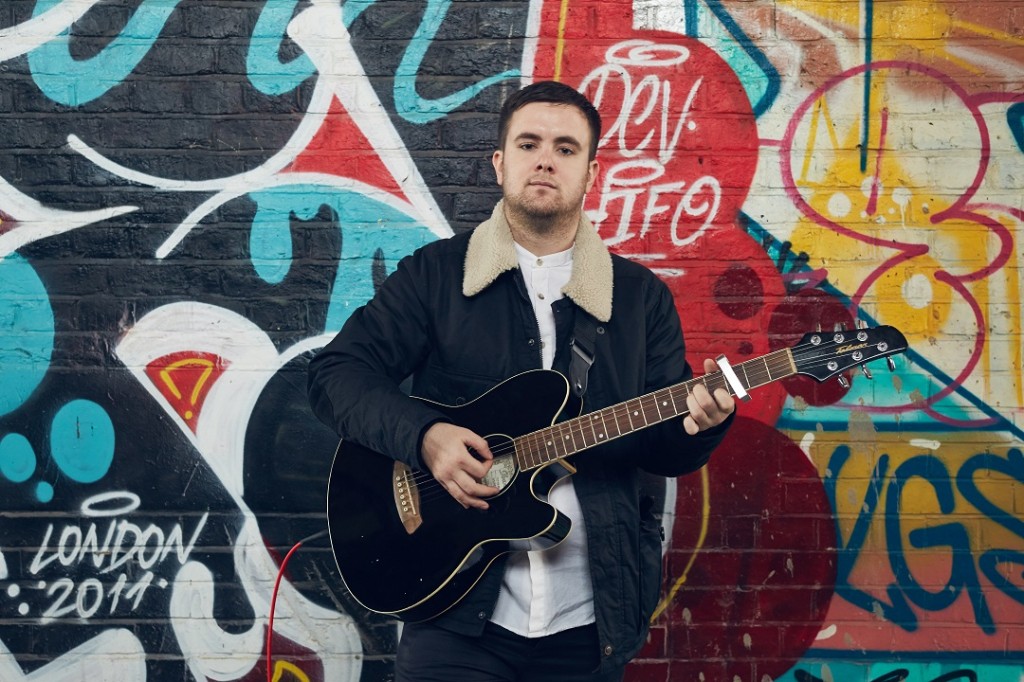 South London’s own Charles Hazell aka Sketchman is rising up the ranks with his mashup of hiphop, acoustic guitar and sharp lyrics. We sat down with Sketchman to see what makes him tick has brought him this far as an artist.

FFO: Early Plan B, The Streets and Professor Green

Hey! Charles, how are you on this great day?

Share with the Fortitude readers about what got you in to music to start Sketchman?

My older brother had been involved with various pirate radio stations. Sharing a bedroom with him growing up, from a young age I saw lots of musical equipment such as mixers, turntables, transmitters and various odds and ends for broadcasting. I think the exposure to this started my fascination for the tech and science of music. Early memories include using my own Home-mix CD console, experimenting with beat-matching hip-hop tracks.

I had an enthusiastic English teacher at high school, who opened up the world of literature to me. I think the start of my song writing was an amalgamation of the rhyming patterns of the hip-hop I was listening to, combined with the vocabulary and literary devices learnt from English lessons. I’ve always been a less vocal, more reserved person by nature, and writing songs became a method of expression, and an easier way to convey my mood or feelings.

Fairly early on, I began to experiment with sound waves in Nero Wave Editor, raw looping parts of instrumentals, to accommodate my early verses. This then progressed to using my first real sequencing software, Magix, to create whole songs. Shortly after this I was granted after-hours access to my school music suite, where I got to grips properly with Cubase and recording vocals. It was here I also developed an appreciation for layering melodies.

I have since branched out to various recording studios, using various different formats and software, and been taught a wealth of knowledge by each engineer. Today I have my own setup at home, running Logic on a Mac. Most recently I have been attracted to learning and incorporating live instruments such as guitar.

What has influenced your music the most?

Ultimately, my experiences are the biggest influence. I feel like I have a dissociation from what is taking place around me, a front row seat in an ongoing theater production. All the time I am constantly viewing and mentally logging song-worthy scenarios in day-to-day life. My songs are either direct accounts, depicting true events, or stories which are dictated by my current mood.

In previous years, I have felt the allure of the DIY mentality exhibited in the UK grime and early dubstep scenes. My sound continues to have strong roots to these and other underground genres, but more recently I do not allow it to be governed by their conventions, instead making what comes naturally and letting the chips fall where they may.

There are many artists I respect and enjoy listening to, but I’m constantly striving to make something original and different from the mold, therefore I’d hate the sound itself to be directly compared to anything else. I’m not a fan of trending genres.

When prompted for names, I tend to mention those who seemingly adopt the same attitude, making fresh-sounding, technically sound music, and a bit different from the norm. My favourite artist in this respect is Labrinth. I’m also a big fan of Skepta, Mike Skinner, London Grammar and Rudimental.

What has stood out as  your proudest moment?

My proudest moment was possibly having my previous single Rain selected for the BBC Introducing Playlist on Radio 1Xtra in 2013 – this came after being invited to a masterclass at Maida Vale studios to meet Wretch 32, Angel, and many of the DJs and staff. The song was played during prime-time slots for a week by an array of well-known DJs, before I had a live telephone interview with DJ Target to discuss the project I’d been working on at the time.

More recently I have independently organised a country-wide tour for my forthcoming single Paramount. This includes dates in Liverpool, Sheffield, Leeds, Bristol, Brighton, and London, where it has been generally well-received. The official music video has also been released, on the Vevo network – a rare occurrence for an unsigned artist.

Where do you see Sketchman going within the next five years?

I hope to continue to make my own style of music, and to put together a wider-reaching tour. I’d love to get some festival performances under my belt, to larger scale audiences, and I also hope to improve the live show to include even more tech. I hope the fan base continues to grow and I continue to receive support from nationwide platforms.

As well as my own Sketchman projects, I hope to be in a position to write and produce songs for other artists too.

Featured on Paramount is singer-songwriter Chloe Ray. She joined me in Sheffield, is great to work with, and is currently putting finishing touches to her own EP, ‘The Waiting Room’, after flying to New York to have it mastered in The Lodge with Emily Lazar.

Also on Paramount (and featured a lot on my forthcoming album) is bass guitarist Sam NSQ. He is awesome at writing bass lines and is currently also touring with well-known producer Swindle.

Another shout must go to veteran sound engineer Danny C, at Aim Studios, who is a great producer/artist in his own right, and goes above and beyond to make every track sound the best it can.

Most recently I have performed at an I Am Music TV event called Play It Forward at The Lock Tavern in Camden. The format of the night meant collaborating with the artists before and after each other in the running order. I played first and had the pleasure of working with Sonia Stein. We did an impromptu ‘remix’ to her track Symbol – I can definitely recommend her music.

My single Paramount is now available for pre-order on iTunes, and is released on Friday 28th August:

Check out the official video…