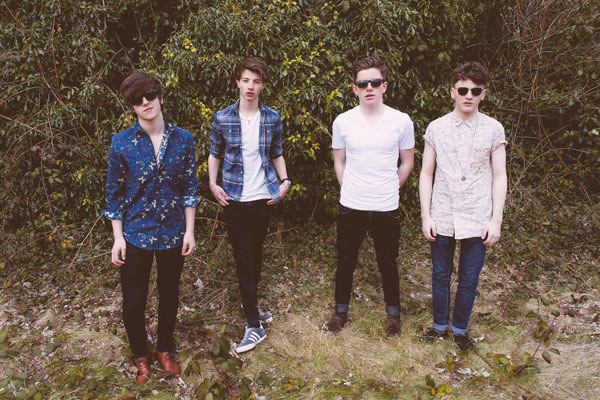 Making waves in the rising indie pop scene in Scotland are Model Aeroplanes, from the endless love for their fans and constant gigs, the band are riding high with major airplay from BBC Radio 1.

Being compared to sounds similar to that of bands like Theme Park, the band’s latest single ‘Electricity’ was recently voted BBC Radio 1’s ‘Most Loved Track’, its clear the 4-piece already have a devoted fan base that is only going to get bigger as the band rise.

Forming back in March 2013, the band have been on the rise from day one, now being picked up by BBC Introducing and critics in their native Scotland, as they get set to play the BBC Introducing stage at this year’s Radio 1 Big Weekend.

Model Aeroplanes have the perfect balance of indie and pop, holding down an indie anchor as the pop and good feel of their music takes over from the indie-esque riffs. Early 2014 single ‘Innocent Love’ brings a summer feeling to the music; a band that could be played while your sat on a beach with a cocktail, or one to dance the night away in a sweaty indie club basement. Model Aeroplanes have the perfect mix and are going to be one of the biggest bands of the summer.

Expect to see these guys all around the UK in the coming months, catch them while you can!

Check out latest single ‘Electricity’ below: