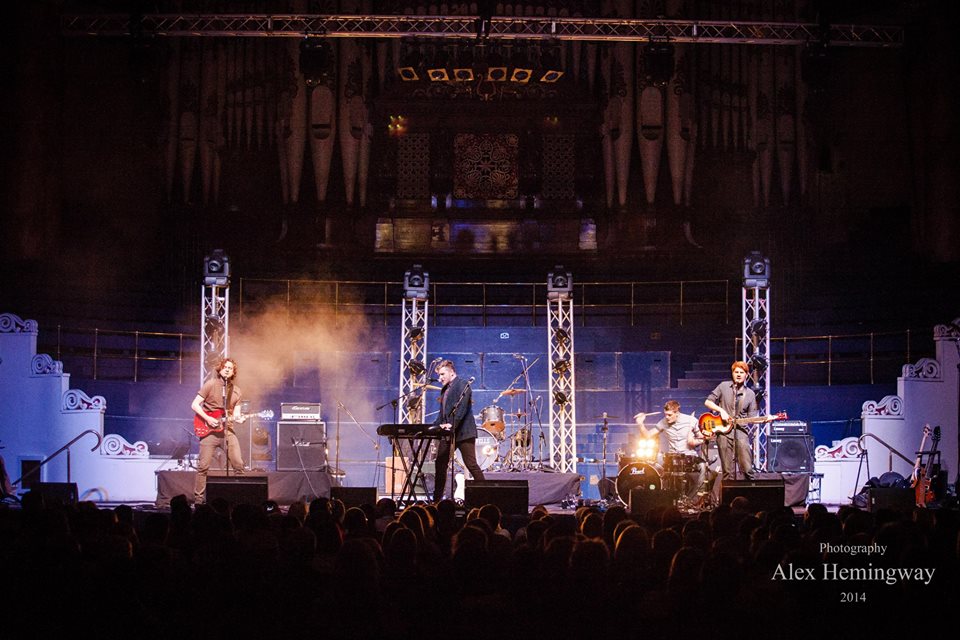 Countryside, people, food, sport and indie rock. The North of England does these best, no arguments.
Following the trend of catchy northern alt-rock bands, Bradford four-piece Man Can’t Fly are a new band growing in confidence and reputation.

Debuting in 2013, Man Can’t Fly have already made a name for themselves on the Radio 1 Playlist with introductory single ‘Don’t Waste My Time’. Championed by BBC Introducing, MCF secured a slot on the Intro stage at Reading & Leeds 2013.

The band are making their eagerly anticipated return with their second independent single ‘Vacant’. Collaborating with female singer-songstress A Girl Called Ruth (featured in The Guardian Band of the Day and a favourite of BBC Radio Wales), the track boasts a quirky “Of Monsters and Men” feel, with a sharpened edge.

Their friendly Northern spirit has seeped into their schedule, with the band offering “doorstep” tours – playing gigs in peoples lounge’s. Further enquiries can be made at enquiries@mancantfly.com.

We wish Man Can’t Fly the best of luck, not that they will be needing much..

Check out their new single ‘Vacant’ below.