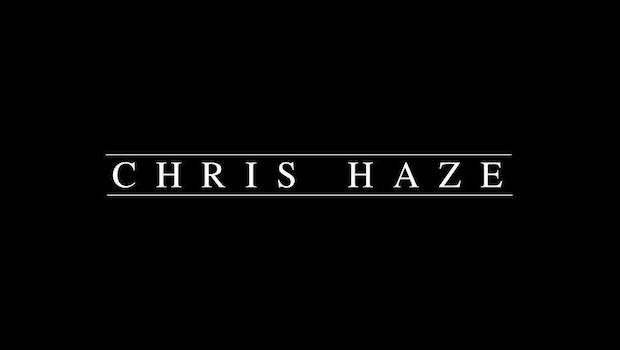 Chris Haze is an up and coming singer/songwriter hailing from Galway, Ireland, excelling an utterly unique sound.

Having racked up support slots with the likes of Coolio and Original Rudeboys on their Irish tour, Chris is rapidly improving his life presence and experience, looking at some big things on the near future’s horizon.

To explain a bit more about Chris, what he’s been up to, and what we can expect from him, we recently sat down for a quick chat with him…

Well, I play acoustic guitar, and I use a loop pedal when I’m performing so it’s very original I hope! I only really have a guitar and a loop pedal a lot of the time and my vocals so I try to do my best with what I have. It’s an original sound, hopefully not copying anybody else, I don’t want to be known as an artist copying other people, I wanna create my own.

Is playing with a band something you’ve ever thought about for your live shows?

I actually have a band for bigger gigs if and when they come up. For festivals and stuff it’s always nice ’cause you can get the album sound on stage rather than just the loop pedal. It creates a bit more of an atmosphere as well.

Yeah I did. First of all I supported Coolio, I just got a phone call off a random promoter asking if I wanted to do the slot. When I heard it first I thought it might have been a Coolio tribute act or something! But yeah, I was thrilled with that, amazing experience to meet someone I’ve been listening to since I was a kid. And then a couple of months later, i got to do an Irish tour with The Original Rudeboys which was really cool and gave me a lot of exposure.

Yeah well I was chatting to the lads [ORB] and they were saying when they were on tour with The Script that all The Script kept telling them was that their job as a support act was to go out and outshine whoever’s gonna come on. You know, your job is to go out and perform and hopefully have everyone talking about you as much as they are about the main act when they go home. So I just try go out and do the best I can, try get the crowd as hyped as I possibly can before the main act comes on. It’s always easier when you can just mention the name of the main act and they start screaming!

You have an album out… Talk to us a bit about that.

I do, my début album was released this year and it’s on iTunes, Spotify and basically all the music outlets. I released it March 9th, but it might not be up there much longer due to contracts that are being pushed around at the minute. So yeah, hopefully it will be re-launched later this year if all goes well.

What’s the plan for the near future then looking ahead?

Well unfortunately I didn’t get any of the festivals this Summer but next year I’d love to be on some of the line-ups, and if all goes well I’ll be re-launching the album with this new company and see how things go from there. Also try get some of my own headline gigs going.

You can also catch our recent Playedbare Session with Chris, where he performs his song ‘I Don’t’ below. We’ll be bringing you another acoustic performance from Chris next week.