LaunchBox: And Now We’re Even 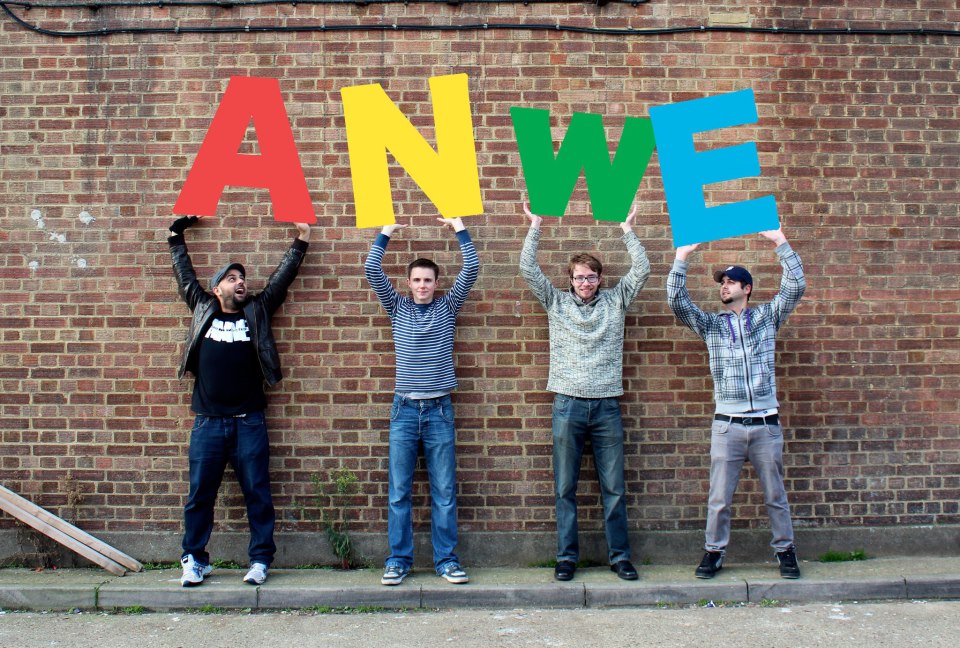 With an already rich history despite their years, And Now We’re Even are a band that look set to turn many heads in the months to come.

Formed in Kingston Upon Thames during a chance meeting between Resheed Al-Nakeeb (Lead Vocals/Guitar) and Johnny B (Lead Guitar/Vocals) over their mutual love of hockey, they were later joined by Rob the Kidd (Bass/Vocals/Producer) and Taran Spear (Drums/Vocals) to form the band’s current line up.

“We formed when the world was a miserable place…so our first album was a happy one. It kinda got dark from then on” admits Al-Nakeeb, cleverly summing up the band’s unique sound. Heavily influenced by the likes of The Clash, Green Day, Bouncing Souls and The Slackers, what follows is a curious brand of reggae-tinged pop punk, punctuated by furiously driving guitar lines and insanely catchy melodies. Al-Nakeeb’s own vocal style are definitely not typical of the genre; foregoing some of the unnecessary polish in favour of a  grittier tone that adds a real edge to the band’s overall sound.

Perhaps most surprising of all is the sheer volume of music And Now We’re Even have managed to release since their formation in 2007. In that time, they have produced no fewer than four albums, all based a different seasonal theme. As Al-Nakeeb puts it: “Kurt Cobain sang ‘Weather changes moods’. It does. We tried to convey that in the albums and a small tribute to the guy who taught me how to write a song and play guitar”. The most recent of these albums, last year’s March To May, has gained the band considerable attention, so far as to earn them playtime on Mike Davies’ BBC Radio 1 Punk Show. With the promise of a new EP, live shows and possible big name collaborations coming in the near future, And Now We’re Even are a real band to look out for in the latter half of 2013.

Check out the video for the single ‘Dreamer’, as featured on the Radio One Punk Show with Mike Davies, below: