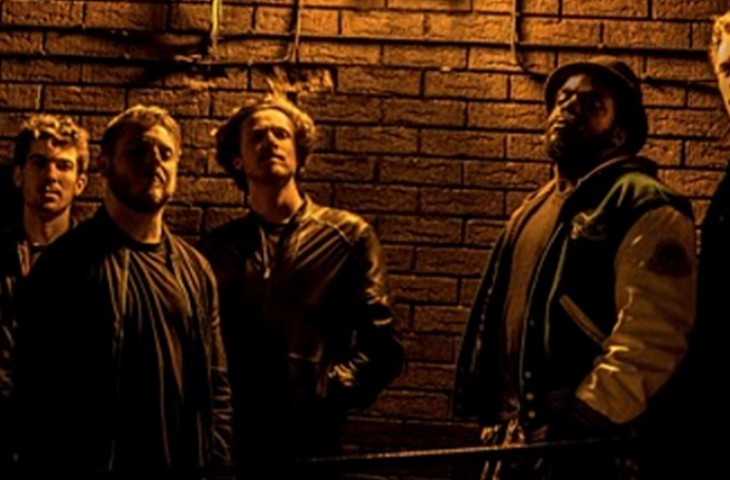 By now, we all know the name Kwabs; the synth&B singer with a baritone so reverberant, it could shake the ground beneath your feet. But did you know that he was once the voice for a reggae-fusion band? No? Well then, let me talk to you about They Say Jump. First of all, here are the members…

For about six years, London septet They Say Jump have been amassing a large fan-following using their combine passion for music of all cultures to create their unique take on Reggae Fusion; in their upcoming EP, joyously titled Lift Your Mood, the guys integrate drum & bass, electro and R&B with the music of the sun.

Their ability to interweave genres reaches a point of astonishing, as demonstrated by lead single ‘Can’t Chase Me’, whose tangible vivacity races with a D&B heartbeat, a reggae demeanour and latin flavour.

Current single ‘Twilight’ wafts with a slow-burning R&B lining held high by a post-dubstep spine, recalling the soft touch that artists such as James Blake, Jakob and Magnetic Man member Skream all had on our eardrums. Here is where we we learn what a talented shapeshifter Adrian is with his clear-cut vocals as we nothing more than an earnest soul at it’s most vulnerable

Elsewhere on the EP; title track Lift Your Mood breathes like an anthemic dance cut with more of their delectable brass sections before coming at you with an 8-bit post-chorus hook.

Think They Say Jump can lift your mood this summer? Then get into them!

Listen to ‘Can’t Chase Me’ and ‘Twilight’ below