Launchbox: Chumped “We had no idea that the songs we’ve made together would take us from California to Croatia” 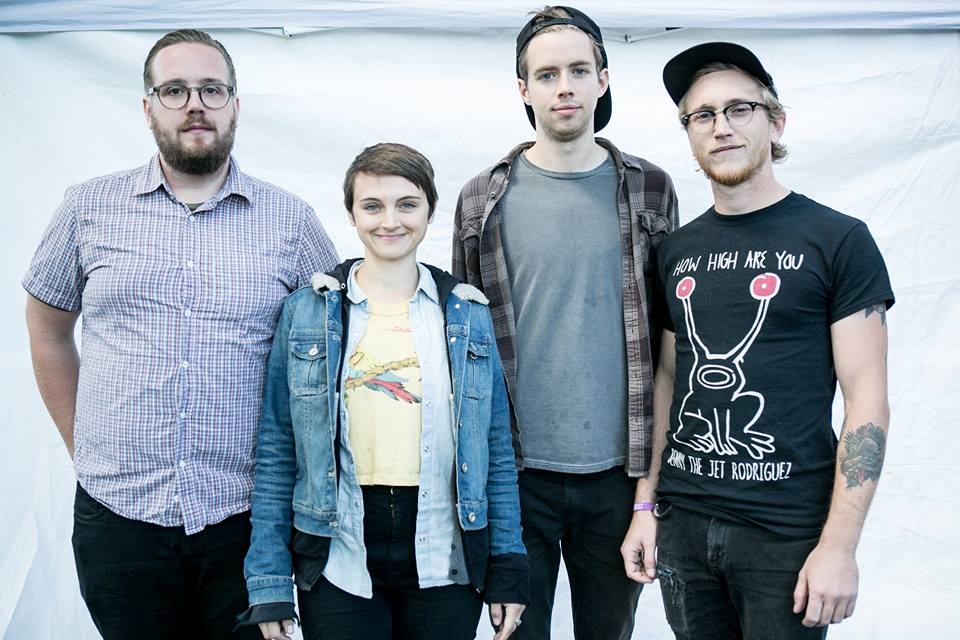 Everyone needs that band that grows up with you, being in your twenties sucks and I’m yet to find a band that embodies this more than Chumped. Fusing incredible imagery with the monotony of modern day “millennial” life, Chumped’s underground garage rock oriented fan base is heavily supportive of their post -teenage angst laden music.

Tell us how you met?

Drew, Dan and I met in Colorado. We all grew up going to shows and playing music together. Drew and I moved out to New York together and started writing songs. I met Doug shortly after at the farmer’s market; we worked next to each other and hit it off. So I asked him if he wanted to play music with Drew and I. The three of us (Drew, Doug and I) played with no drummer or with a few random people for about a year until Dan moved out to New York from Colorado after college. Dan never played the drums really but tagged along to practice one day and once we all got in a room together it was kind of magical. So we finally had four solid human music makers doing their thing in a room together and that’s how Chumped as you know it came to be.

Who or What has been your main influence on your song writing?

Probably change. Life is full of change, we change, our position in life changes and so do our musical tastes and preferences. So our lives vary and so do our influences.

Cards on the table, who would you like Chumped to be compared to?

You guys touch upon a lot of post-teenage angst issues, like growing up and getting a job but you mix it with a lot of contrasting imagery how do you manage to associate a lot of your topics with the selected imagery?

Well someone somewhere once said that poetry is like pulling the extraordinary out of the ordinary. Or at least willing it to glisten. So I guess the imagery is just a metaphor or a “poem” if you will for interpreting or coping with life’s myriad of difficulty and bullshit…and also its beauty.

Tell the Fortitude folks about some of your major achievements so far?

When we started Chumped we had the intention of it being an opportunity for cathartic emotional processing and beer drinking. We had no idea that the songs we’ve made together would take us from California to Croatia, would live in someone’s record collection, or would help people cope and be happy. I think the greatest achievement is having a baby named after our song “Eleanor.” The fact that anyone would care about something we made so much to name another living being after it astounds and humbles me in a way I cannot possibly explain.

Where are you hoping you guys will be in five years as a band?

Stoned on the beach.

We won’t be in Europe anytime soon

but if you’re at Fest this year we’ll be there!

We’re doing a tour with Cayetana, Thin Lips and Worriers in August. It’s going to be a fantastic, totally awesome really cool and important tour and we can’t wait!

Our Prediction:  Whole heartedly the band you NEED to buy on vinyl before they blow up. I can see Chumped being a hugely instrumental in a resurfaced garage rock scene globally.