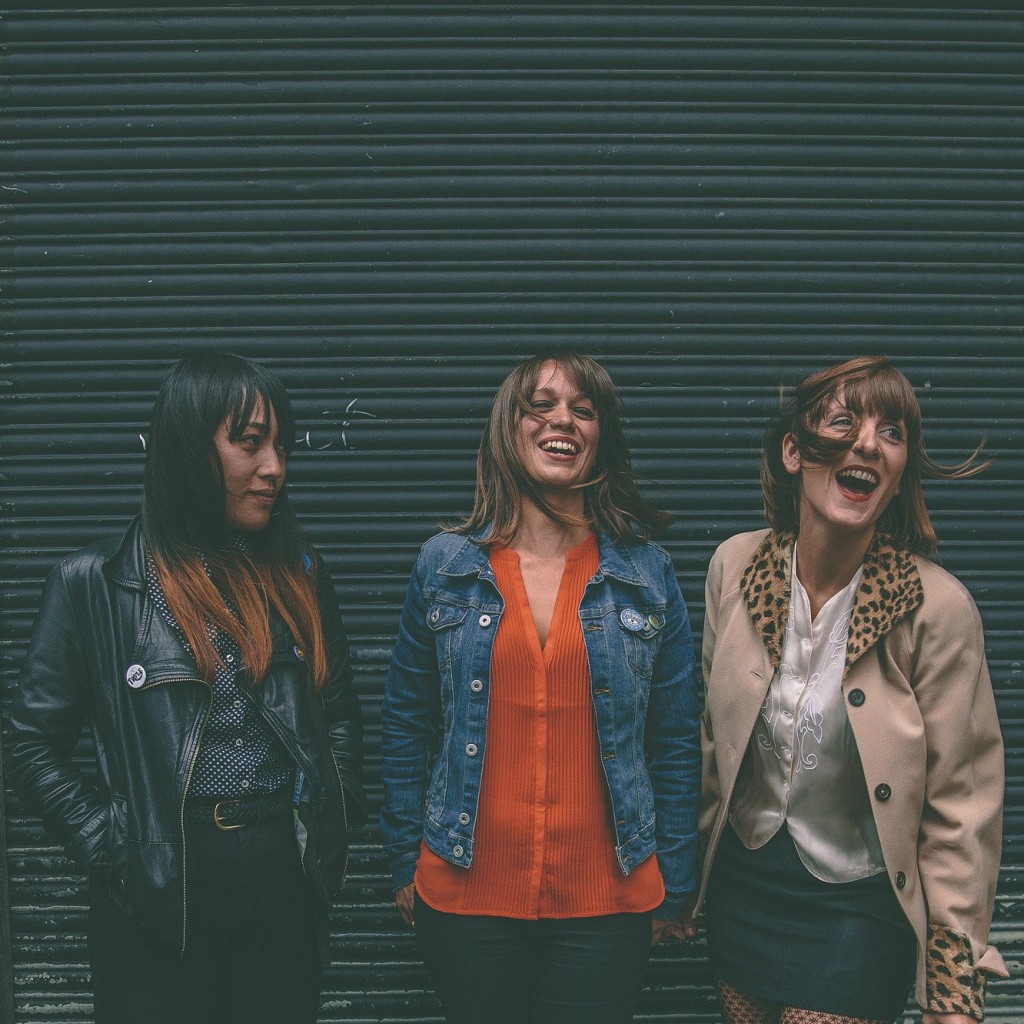 With 2015 still in its infancy, the race is already on to discover the acts who are looking set to make this year their own, and one need look no further than London-based trio Abjects to get their musical fix.

Consisting of Noemi Martinez-Santiago (Guitar, Vocals), Yuki Ishii (Bass, Vocals) and Alice Notaristefano (Drums), the group are fast making a name for themselves across the capital with their Tarantino-esque blend of garage rock, proto-punk and 80s/90s alternative fuelling their mesmerising live performances. Always wearing their influences on their sleeves whilst simultaneously keeping their sound fresh, the echoes of The Seeds, The Stooges, Richard Hell, The Rezillos and Babes In Toyland shine through their music, and comparisons with The Cramps are frequently uttered at their gigs.

Reflecting on the year gone by, Noemi states “2014 has been pretty good for us…we’ve played our biggest gig to date at KOKO supporting Jon Spencer Blues Explosion, we have gone on a Japanese tour organised by ourselves, and we’ve filmed a TV NYE special for Fuji TV called New Year’s World Rock Festival, presented by the legendary [renowned Japanese actor and singer] Yuya Uchida”. With their Fast Love EP released on (what else?) hand-crafted cassettes by the Manchester-based Hause Of Pins label, a followup is certainly on the cards. “We’re going to be busy all the month of January recording our new EP which is going to be a lot punkier than our previous one,” Noemi reveals, “It’s going to be all about adrenaline and speed”. A new record, coupled with a European tour to support it, means one can only hazard a guess as to what Abjects will be capable of achieving in 2015. If one thing’s for certain, though, it’s that you don’t want to miss it.