Voting and Young People: Why the Youth of Today Are Indifferent to Top Level Politics 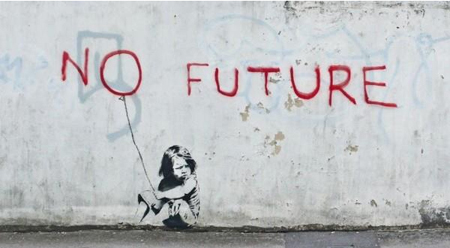 We are in the midst of one of the most intriguing periods in British politics in decades. Next year’s general election is unique in terms of its wonderful unpredictability; what will be the impact of UKIP on proceedings? How will the coalition balance running the country with battling each other for seats across the nation? Will we see Ed Miliband, one of the least popular party leaders in history, moving his furniture into Downing Street come May?

However, one group that seems set to miss out on all the fun is those in between the ages of 18 and 24. For a lot of these people, top level politics just does not hold any real appeal.

Historically of course this has always been the case. Ever since the voting age was lowered to 18 in 1970, those aged between 18 and 24 have consistently had the lowest voter turnout of any age group. In 2005 it was as low as 38%, and while it did rise to 51.8% during the last election, it is very likely that we will see it fall below 50% once again next year.

But why is this? Speak to any potential young voter about the issues that concern them, regardless of what they happen to be, and you won’t see any lack of passion. It cannot be said that they don’t care about their future, or the direction in which it is heading. Indeed, in a recent interview with Fortitude, Conservative MP Tim Loughton stated that “Young people have never been more interested in political issues”. The problem, he continues, is that they “don’t relate this to political parties or the establishment”.

A lack of education must take part of the blame for this. There is no question about the fact that future generations need to be given a better understanding of the political system they will one day take part in. There is something slightly warped about an educational system which puts more value on learning about cloud formations than it does on teaching our young people about the political process and how they can become involved. Education fosters involvement, and both are clearly lacking at the moment.

But education is not the only thing that needs to change in order for young people to take a more active role in politics. One of the biggest problems in UK politics as a whole today is the disconnect people feel from the establishment, a problem magnified to young people as politicians make very little effort to connect with them.

And who can blame young people for being disillusioned with the whole thing? This is an age group that is facing adulthood and all the complications that accompany it for the first time, exchanging the safe confines of the classroom for the cut throat environment of the real world. Politics and voting are not at the forefront of young people’s minds, and it is therefore essential for politicians to make an extra effort to engage them.

But instead we get empty promises. One of the main reasons that 2010 saw a marked increase in voter turnout for 18-24 year olds was the Lib Dems pledge to gradually phase out university tuition fees. The subsequent breaking of this promise not only left a sour taste in the mouths of those that did vote, but significantly damaged their trust in top level politics.

Mainstream media coverage, coupled with the irresponsible behaviour of a handful of politicians, only adds fuel to the fire. Although politicians don’t do enough to connect with young voters, what they do do doesn’t get much coverage, if any. Tabloid newspapers are far more interested in Ed Miliband’s attempt to eat a bacon sandwich than his latest policies on lowering the voting age. Nigel Mills playing candy crush in a select committee, Emily Thornberry’s tweet from Rochester and Brooks Newmark’s penchant for exposing himself on webcams will all make bigger headlines than anything positive these MPs have done for their constituencies. These actions by the minority are magnified by national media to the point where young people believe they represent politicians as a whole. True, MPs should take greater care to not be caught with their trousers round their ankles (quite literally in the case of Brooks Newmark), but the national media’s obsession with hounding out the latest political gaffe only fosters this ‘us and them’ mentality that drives young people away from politics. It is a poisonous environment.

The lack of education we receive about the political system in our early years leaves a void in our understanding of politics, one which is too often filled by media sensationalism. Young people don’t vote not only because they don’t know what they’re voting for, but also because what knowledge they do have of politics is obtained through media outlets that are designed to focus on too many negatives. They need to be taught about their country’s political system from a young age, as well as politicians making more of an effort to engage them at a time in their lives when perhaps politics won’t be their number one concern.