US Government Shutdown – Choose Your Side: Democrat or Republican 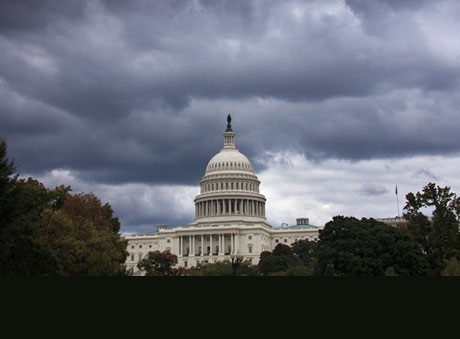 After losing the House of Representatives to the Republicans in last year’s election, Barack Obama was always going to find his position as President of the USA harder in his second term.

Although the Democrats still hold the upper house majority in the senate, the lower House of Representatives is the part of congress that can be a real thorn in the proverbial side for the president if his party does not hold a majority in it. This has been the case since the second term of presidency began for Obama, as congress has voted against his attempt to reform gun laws following numerous mass shootings, with one coming as recently as last month. Despite heartfelt pledges and public speeches to reform gun control in America, President Obama was unable to persuade his conservative counterparts in congress to back him. Failure to do so may well have been an indication of what was coming next.

Tuesday’s shutdown of government is not a first, in fact since laws were changed under Ronald Reagan in 1981 that said if agreements on the budget could not be met by congress then all ‘unessential’ bodies and agencies of government would be shut down, government has been shut down 12 times. Usually these shut downs last no longer than a few days or even just over a weekend, but the most recent before Tuesday’s [17 years ago] saw government close for a record 21 days during the Clinton administration. This time it is particularly concerning because just over the horizon looms the so-called fiscal cliff. In the past, when America has come close to falling off the fiscal cliff, congress has voted to raise the national debt ceiling, allowing America to continue lending money to repay its debts, rather than plunging into default, causing the dollar to crash and wreak havoc in every corner of the globe. To do this though, means that congress has to do something that they have struggled so much to do since December last year – to agree on what is the best action to take for America. In reality, while there will be little problems caused by the shutdown for most Americans –other than the immediate anger that congress has not been able to do the job it is supposed to do, that is govern America – the deeper and more pressing issue is the fact that it appears that congress cannot (and will not, in some cases) work together. Come 17th October when the debt ceiling is reached, if no compromise or agreement between the two parties can be met, then America will be in a catastrophic free-fall.

So just who is responsible for the shutdown of government this time? And what is going to happen as a result? Most Americans will ultimately blame The Republicans, and with good reason too. The Republicans are the ones who hold the majority within congress, so essentially any decisions that are (or aren’t in this case) made by congress are heavily influence by their party, and in order for President Obama to be able to win over congress, he ultimately has to win over The Republicans. Obama himself has also blamed The Republicans, accusing them as trying to ‘refight last year’s election’ as they bitterly refute the introduction of ‘Obamacare’ across America which was also rolled out on Tuesday.

However, blame can also be laid at Barack Obama and The Democrat’s door too. The Democrats are to blame almost as much as The Republicans for their inability to thrash out some sort of deal to end the bitter squabbling over the budget. Those in support of The Republicans and those who support The Tea Party activists (most of whom are Republicans) will look at Obamacare as the sole reason why congress was not able to come to an agreement for the budget, and because The Democrats and Obama wouldn’t agree to halt the reforms to the national health service by one year, they will feel it is the fault of Obama and his party. There also appears to be a degree of blame directed at the president from the American people too, as some accuse Obama of not listening to The Republicans and over-estimating his power as President to the point where he doesn’t need to listen to congress. This latter sentiment is perhaps a less adopted one, and can easily be argued against given the fact that Obama has struggled so much to gain the backing of congress on some of his issues in recent times.

More importantly, what does the shutdown actually mean? Other than government workers being sent home and major disruption being caused to some sectors, is there any serious damage that can be done to the American people and economy? In terms of economy, while sites of interest that usually attract large crowds and paying visitors are close, then yes there will be some impacts on the economy. But rather surprisingly there has been little affect on the stock market. Despite the confusion of the American government and the inconvenience caused in many walks of life, investors and traders are continuing to invest money on the stock market.  America will have to hope that this continues as it sees out the shutdown, or its economy could be in a mess before it even reaches the national debt ceiling. Despite the fact prices on the stock market have not yet started to nosedive, it is predicted that if the shutdown lasts for as long as the one 17 years ago, the economy will shrink by 0.9 per cent, effectively halting the growth that has put America on the slow path to economic recovery (if there is such a thing) over the last few years and could put America perilously close to another recession.

As for public image, this is unlikely to harm The Democrats or Barack Obama too much. Most Americans blame The Republicans, so this could ultimately be damaging for them in the next election; although it is probably far too early to suggest that, but it can be assumed that the actions of either party over the next few weeks will be remembered for a long time if they are not the right ones. Although there is currently a large amount of hysteria around various media outlets because of how close the fiscal cliff is, it is unlikely this shutdown will become anything significant other than a further indicator of the importance of having a majority in congress to get anything done. It is also unlikely – given comments made by some members of The Republicans on Tuesday evening – that this will last as long as the shutdown 17 years ago, as divisions within the party are already beginning to show as some members appear to be caving into pressure from Obama and the public. If, however, the shutdown does last as long as the last one, then the effects on the American and global economy could be disastrous at best.