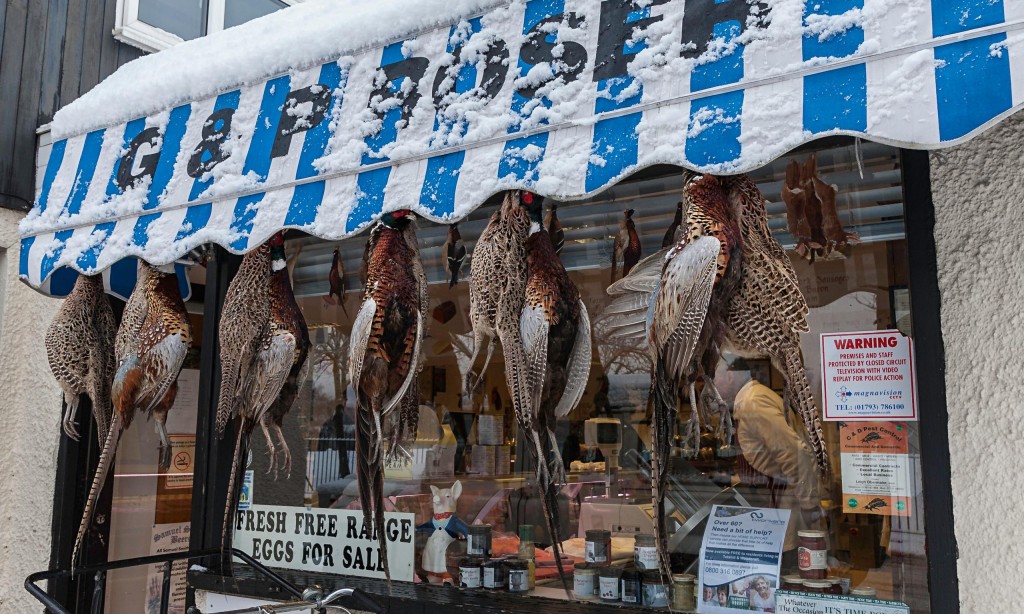 I have a confession to make. I’ve been awake for three hours and so far, I’ve contributed to two deaths. And yet, nobody will come knocking on my door in the middle of the night, nobody will arrest me, and I am confident that nobody will ever call on me to account for these deaths I’ve caused.

I sometimes think about the deaths I cause. Throughout a week, the number is huge. I leave a trail behind me bigger than Dexter, although I daresay following me would be nowhere near as exhilarating. I operate as part of a group. I can’t even count how many people help me to do what I do. It’s just so easy. There are some people who are onto us. We secret, silent killers. We murderers. Most of us are disgusted by what we do. In the cold light of day, our crimes make us feel ill. Until we’ve drained the blood from our victims, until we’ve chopped them up and made them unrecognisable, we can barely bring ourselves to look at the carnage we’ve caused.

But put the phone down, the police won’t be interested in me. You see, I’m protected. Many of them are part of my group. Otherwise perfectly normal human beings, protecting us from thieves and drug dealers are killers. Some of them even kill while on duty.

Maybe you’re on my side. Maybe you too are a killer. Maybe it goes back to your childhood, as the stories of many murderers do. You might not even think you’re doing anything wrong.

Perhaps you’ve already worked out what I’m talking about. I’m talking about the wholesale slaughter of livestock, fish, and poultry. Bear with me. This isn’t going to be another pro-vegetarianism lecture. At least, not in the way we’ve all heard it before.

This article gestated over a few days after I heard about JBS Family Butchers in Suffolk. A few days ago, a petition by Sudbury’s residents showed the public’s distaste for their carefully arranged and considered window displays. It would appear that the folk of Sudbury don’t like to look at unplucked pheasants, heads of pigs and deer, and other “mutilated carcasses” while doing their weekly shop. There has been a significant backlash against the petition, and a huge showing of support for the butchers’, with many customers writing letters to newspapers and ringing radio chat shows to say that a butcher should be allowed to show off all stages of the meat production process. I agree, but actually, that’s not the real point of this article.

I’m writing this because I believe that eating meat is the barbarism of the 21st century. Let me explain what I mean. We look back fifty years, and the barbarism of the time was apartheid, abuses of civil rights, and a lack of tolerance for those who did not fit in with societal norms. We look back a bit further and we see slavery, witch hunts, cannibalism, and so on. We look back on these with disgust, but we distance ourselves from it. We say “these things are a terrible part of our past”. We say “we regret the actions of our ancestors”. We say “oh, but we’re civilised now”.

The truth is, we are anything but. What other explanation is there for the massacre of pretty much every other species, treating living creatures as commodities? We are barbarians. In the same way our ancestors were and the same way our descendants will be.

The least we can do is not hide our barbarism. Confront it, accept it, and deal with it. The hypocrisy of signing a petition to ban a butchers’ display with a belly full of bacon is a worse barbarism than eating meat in the first place.