Syrian Decommissioning: What Next? 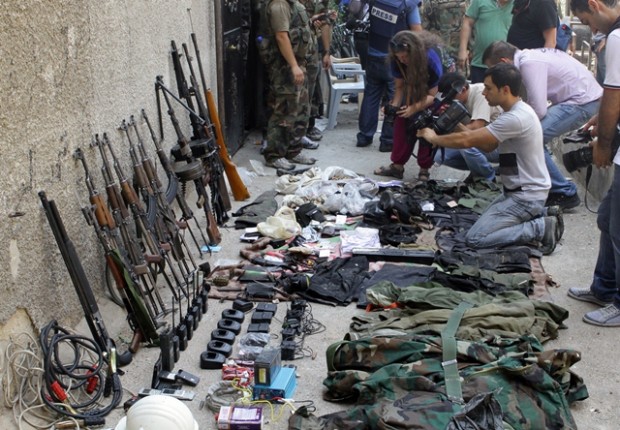 Yesterday was a day of revelation in the ongoing crisis in Syria. Firstly, it seems despite denying so (and still attempting to) the Assad regime does seem to have chemical weapons in its arsenal; and secondly, the Russian foreign minister Sergei Lavrov seems to have potentially halted any Western intervention by persuading the Syrian government to decommission them.

By persuading the Syrian government to decommission its chemical weapons to foreign powers, Russia has in fact done exactly what it would have wanted to do. Most importantly, for now at least, it has maintained its sphere of influence in the Eurasian area, something it is desperate to maintain since NATO started to expand into the former Soviet bloc. As well as this, by agreeing such a deal with Syria, Lavrov has not only managed to momentarily prevent any involvement from America in Syria, he has undermined Barack Obama by leaving him (if the deal goes ahead) with no legitimate reason to sanction military action given that he has based the entirety of his campaign for support on the suspicion that the Assad regime has used chemical weapons against the Syrian people.

What then does this do for Barack Obama, and how does it affect his international image? Already seen internationally as a president who can be easily manipulated and pushed around on the global stage, (one only has to look at the comments made by China for their reasons to support him in last year’s general election to see this) taking action over Syria could have been Obama’s chance to show he does mean business internationally, and that he does have some sort of international clout. On the other hand, this could be seen as a brilliant bit of tactical foreign policy by the US President. ‘No drama’ Obama could potentially have helped to diffuse an extremely problematic situation for the whole world without the use of military intervention. Having a reputation to favour diplomatic negotiations rather than using force, in an effort to distance himself from the highly controversial actions of George Bush jr. before him, Obama may have done just that. Just the threat of American force could have been enough to defuse a dangerously tense situation. If this is the case, while this could be seen, as said above, as a Russian victory in undermining America in what it still sees as its own territory, on the flip side it could also be seen as a victory for Obama, having spent the last few weeks putting a lot of effort into trying to get international support for a military strike against Syria, just the potential of such an attack could have been enough to make President Assad backpedal as The US President makes himself crystal clear of the consequences that could ensue.

It is important to not get complacent however. This does not signal the end of the civil war in Syria, nor does it really go any distance in resolving the matter. President Assad’s threat to America if a military strike was carried out was pretty clear yesterday, and was a stark warning to any western country who is thinking of carrying out an attack on Syria. The Syrian President’s implications put the situation into perspective yesterday, and though he may not have said directly that Syria would retaliate directly (given the civil war, Syrian armed forces are pretty preoccupied at the moment), he did hint towards terrorist backlashes from extremist groups, let us not forget that two of the most fearsome groups [al-Qaeda and Hezbollah] are said to be spearheading the revolution there, whilst Assad himself still has many supporters. From a Russian perspective, the Boston bombings could be seen as a reminder of anti-western feelings from the Northern Caucasus region in states like Dagestan, Chechnya and South and North Ossetia, so if America was seen to be interfering in Russia’s territory there could be backlash from extremist groups from these regions. Obama has to take this into consideration, so if any sort of conflict is avoided, and therefore a threat to the American people evaded too, Obama may well take the plaudits for avoiding such danger from the American public.

What does this mean for Britain though? Was David Cameron wrong to have tried to rush into military action? And given the peculiar and mistimed comment made by shadow chancellor Ed Balls earlier today, stating that if the Conservatives were able to provide new evidence to suggest President Assad had used chemical weapons against his people then Labour may reconsider its decision against military intervention, would the decommissioning of chemical weapons be enough to stop the west from pursuing involvement in Syria?