Sexism in the 21st Century 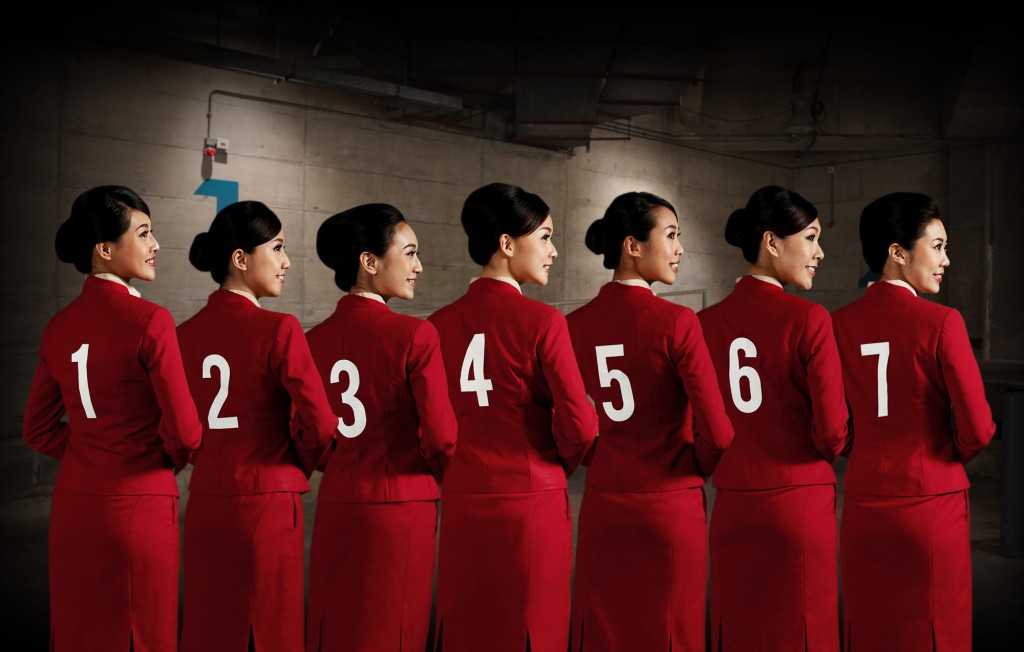 One could be forgiven for thinking that after 3 million years of evolution, we would be prepared to accept that an extra quarter of a chromosome is not actually a great excuse for treating somebody as little more than an object. However, one would be wrong. It would appear that despite the women’s rights movements of the last 100 years, women are often still treated as little more than pieces of meat to be admired and observed like decoration.

At least, if you’re one of those responsible for the new Cathay Pacific stewardess uniforms (pictured above). I, of course, would prefer to use the gender-neutral “steward” here, or the more all-encompassing and altogether more accurate “cabin crew”, but it seems someone at the airline feels as though women are there to carry out men’s bidding, wearing clothes that reveal as much figure as possible without actually being a catsuit.

On the one hand, just like some men (who have more muscles than me) like to wear tank tops bulging around the biceps, there is a place for a catsuit in a woman’s wardrobe. However, it should be a conscious choice, rather than a mandated uniform.

It shocks me that in 2014, a female flight attendant experiences harassment on every tenth flight. I had higher hopes for humanity. It’s not just flight attendants either. In my current hometown, it’s common for companies who are searching for a candidate for a customer facing role to employ exclusively attractive young women, rather than men. It’s as though the best role for a woman is as eye-candy for the customers.

This carries with it a dangerous and much wider reaching connotation: that those spending the money are men. There is still a strong culture in much of the world that the man should be the primary source of financial support for a family. While there is a certain argument here that this is counterbalanced by incredibly generous maternity leave (two whole years on a very high percentage of full pay) and support for young and single mothers, the implication that companies need only cater to men’s taste is, well, distasteful.

It is our role, as the young people of today, to fight against sexism where we find it. We are the foundations of potentially the most egalitarian generation the world has ever seen. It is our responsibility to make sure that we act on this, and bring about a real change in the world.