Rise of UKIP Highlights Some of UK Politics’ Biggest Problems 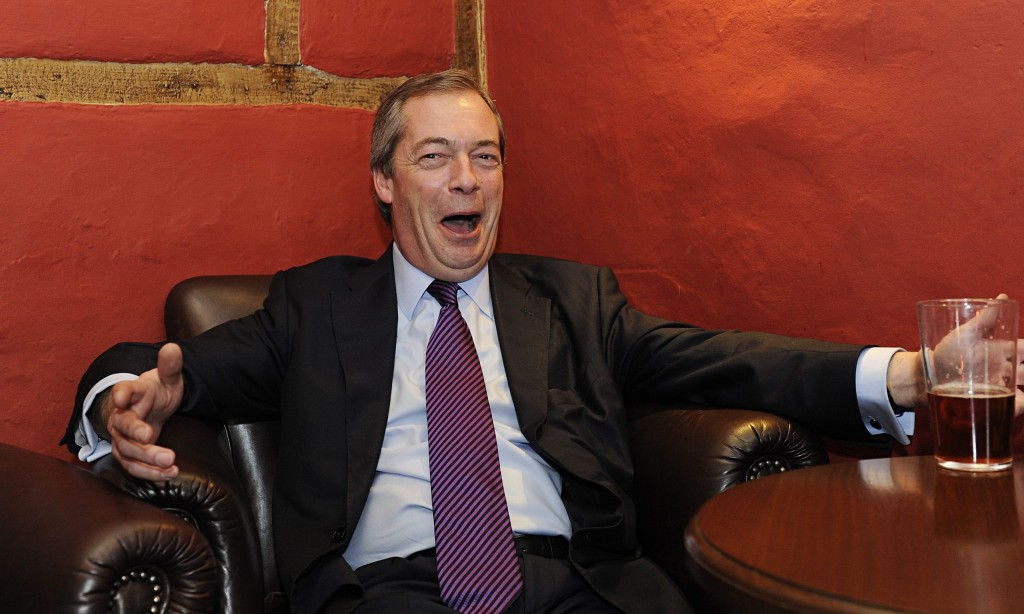 Another by-election, another member of UKIP elected to Parliament. The people of Rochester and Strood have spoken, and while it wasn’t as comfortable as many predicted it would be, Nigel Farage’s party have overturned a Conservative majority of over 10,000 to gain their second seat. Granted, it was just a case of the sitting MP effectively being re-elected, but the significance of UKIP winning in an area that was 271st on their list of target seats should not be understated.

Despite what Nigel Farage might want you to think, a vote for UKIP is still very much a protest vote. I should be clear; that’s not to say some people don’t firmly believe in the party and its message, they do. However, these people are not in the majority of those who voted for UKIP in Rochester. The word immigration seems to go hand in hand with UKIP, and while this is certainly an important issue to many it is not the be all and end all to many voters. Which, given UKIP’s lack of clarity on many policies, would be the only policy-based reason to vote for them.

They were also not voting purely for the candidate. At the recent by-election in Clacton, Douglas Carswell had quite a large, loyal base of supporters who he could rely on. He is every bit the enthusiastic, enigmatic politician. Mark Reckless on the other hand has all the personality of a wet flannel. He is prone to the occasional gaffe or slip up and doesn’t exactly inspire confidence.

UKIP’s win in Rochester and their national rise owes much to the damaged nature of politics in general. Politicians are seen as out of touch, disengaged and disinterested (Emily Thornberry take note). People want a party that represents them. People want a party that is not just seen as just being in it for themselves, and UKIP is the ‘anti-establishment party’. Who better to make the mainstream parties sit up and take note?

Yet the mainstream parties’ response to the UKIP threat is perhaps the most worrying aspect of the entire situation. The Conservatives are seen as the strongest party on the economy. Labour is seen as the strongest party on the NHS. Both parties have infinite policies and experience they could draw upon to showcase UKIP’s weakness, that it is (for the moment at least) a one issue party. Leave the EU, cut down on immigration.

Bizarrely this is not the approach Labour and the Conservatives are taking. Instead of taking the fight to UKIP by challenging their other policies they are fighting them on their terms. Over the past few weeks both parties have been determined to show that they too are strong on immigration. David Cameron has stood up to the EU and made strong statements about immigration. Ed Miliband has announced a policy of not allowing working immigrants any kind of benefits until they have been here two years.

But such policies are entirely missing the point. If a voter’s only concern is immigration then they will vote for the party that is strongest on immigration. There is no sense in trying to out UKIP UKIP. It smacks of desperation. By changing their policies to try and win over those voters whose sole concern is immigration, they are ignoring the other range of policies that voters care about. It is widely acknowledged that come general election time voters tend to focus on a whole host of issues and not one in particular. But by making the debate purely about immigration, they are dancing to Nigel Farage’s merry tune.

So what of the public’s concern that politicians do not represent them? What are MPs doing to show voters otherwise? Well in some cases Conservative MPs, as we are constantly told by Nigel Farage, are considering jumping ship to UKIP. Why you might ask? Is it because they have a strong ideological connection with the party?

No it is not. In the majority of cases it is purely down to the fact that they feel they would have a better chance of retaining their seat if they wore a UKIP badge. If you can’t beat em, join em. This is a time when MPs should be trying to assert their claim that they are in the job for the right reasons, a time when they should be rigidly sticking to their guns. Instead all we read about is the line of Conservative MPs waiting to join Nigel’s revolution. If they truly believed in the UKIP cause they would already have made the transition. This is yet another case of MPs doing anything they can to save their own skin. Nothing more, nothing less. I like to think of myself as one of a dying breed who believes that many MPs enter politics because they really do want to make a difference. However, given such stories can anyone blame the public for their negative perception of politics?

Protest vote or not, the meteoric rise of UKIP cannot be ignored. Nigel Farage declared before the result was read on Friday that a UKIP win would mean “all bets are off” with regards to the election. This does certainly seem like the case. But to defeat the UKIP insurgency the two major parties have to stop trying to pander to people whose only concern is immigration. Those votes are lost. They must instead try and highlight what their ideals are, why they should be trusted with our votes and why they are the party that should lead the country forward. Fighting the election on UKIP’s terms is a recipe for disaster.