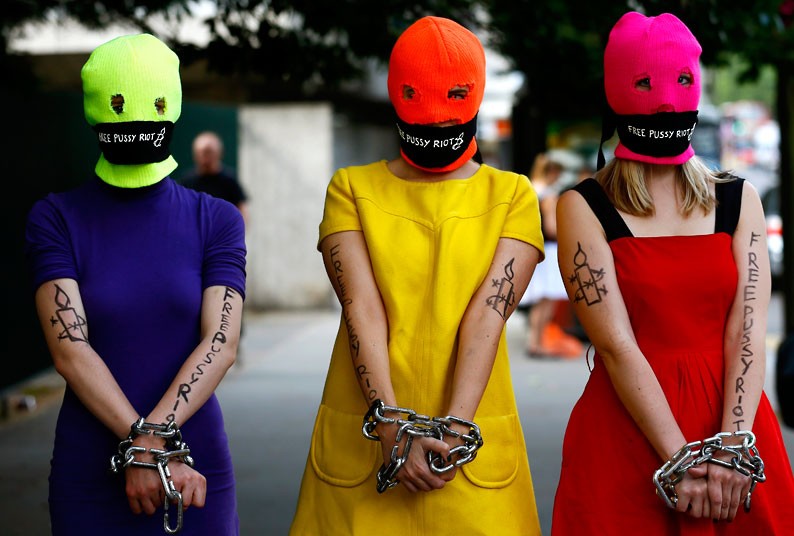 In the coming hours, news from Russia will bring smiles to the faces of human rights campaigners across the world. In a convenient piece of political sleight-of-hand, Vladimir Putin has given amnesty to Nadezhda Tolokonnikova and Maria Alyokhina, two young women better known as part of the punk group Pussy Riot.

It’s convenient because it allows Russia to give in to mounting pressure over their current crop of political prisoners without losing face at home. Although Pussy Riot are not the only prisoners to be released under the amnesty (which will see approximately 20,000 people freed, including the Greenpeace 30), they are probably those who have been under the media spotlight the most.

Let’s be very clear about what’s happened here: these women have not been pardoned, they have not had their criminal records expunged, and they have not received an apology.

And neither should they.

The whole saga began in February of 2012, when the girl group interrupted a mass at the main cathedral in Moscow, and played a song that is at best described as political and insensitive. They were arrested and held in custody until late July, when their trial began. On August 17th, the three women were found guilty, although one was later released on appeal, Ekaterina Samutsevich. The group has close links to an anarchist art movement called Voina (which means War), who have been responsible for drawing a penis on one of St. Petersburg’s bridges, stealing a chicken by inserting it whole into a group member’s vagina, and organising an orgy in a museum, which Tolokonnikova herself took part in while pregnant.

The international community were outraged by Pussy Riot’s conviction, claiming it was vicious oppression of free speech. Nevertheless, Pussy Riot themselves (or Tolokonnikova at least) accept that the conviction was valid. In her closing speech at her trial, she acknowledged that they had knowingly and deliberately broken a law.

So then, is the law unjustified? They broke into a sacred place of worship, swore and took the Lord’s name in vain, and used it to further their own political beliefs. Should that be legal? I would argue that no, it shouldn’t. The considered disrespect of what they did should not go unpunished. The line between restricting free speech and restricting hate speech is very fine, but nonetheless, I think we should try at least to maintain it.

The real issue is one of associations. How can Russia ever move towards a society with freer speech when self-proclaimed free speech activists like Pussy Riot are building associations in the public eye that equate free speech with religious hatred and profanity?

Russia have traditionally been a more restrictive society than we have in the West, and so moving towards what we would consider free speech will take time, and who knows if they’ll ever get there, but we’re not so perfect ourselves. Look at our super injunctions, and the questions about free speech that the Leveson Inquiry has raised.

Despite the validity of their conviction, Pussy Riot’s release is long overdue, and it is excellent news that they will no longer be incarcerated in Russia’s unforgiving prison camps. But this does not represent a change in policy in Russia. There are no answers today to the questions we were asking yesterday. Human rights in Russia are still a massive issue. But when we present Pussy Riot as political prisoners, we undermine the credibility of Russia’s true political prisoners who are still locked away, not part of the lucky 2.5%.