Politics and You: 2014 Parliament Week 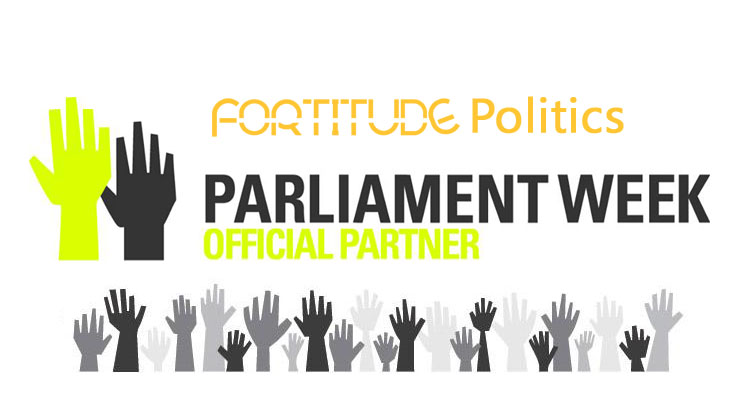 We are currently experiencing one of the most fascinating periods in British politics in decades. With a general election on the horizon, the next six months will see the Conservatives, Labour, the Liberal Democrats, the UK Independence Party and the Green Party vying for position, with no runaway leader amongst them. In the coming weeks we will be told how all of our problems matter, how each party is the right one for us, and why they therefore deserve our vote.

But what are we voting for? What goes on behind closed doors in Parliament? How do our problems, and the issues that relate to us, transfer into legislation? Those in parliament recognise the need for transparency, and as such have organised Parliament Week 2014, which we in the Politics team here at Fortitude will be covering at length. Put on by the House of Commons and in conjunction with the House of Lords, Parliament Week is a series of events across the country that aims to connect young people with parliamentary democracy in the U.K. Its aims, which we at Fortitude share, are to encourage young people and those not usually involved in politics to get involved in the process and take an interest.

As such, our writers will be attending several events during the week. These include Young Person’s Question Time, a music show at the Southbank centre where young musicians will be performing and talking about how Politics has influenced them, and an event based solely on the 2015 General Election (to name but a few!). We’ll also be interviewing members of the public and public figures to find out just what Parliament and politics means to them. Our role as ambassadors also brings with it the chance for you, the Fortitude readers, to get involved and have your voices heard. During the week there will be a series of twitter Q&A’s with prominent MPs. These will include Meg Hillier, the labour MP for Hackney South and Shoreditch, who will be discussing digital democracy, and Tim Loughton, the Conservative MP for East Worthing and Shoreham, who will be talking about youth politics in the UK. And we want to ask them YOUR questions. Simply follow us on twitter and tweet in your questions for our guests, whether it be about the chosen topic area, why their party should get your vote or what their favourite charting act is, the questions asked are down to YOU. In addition to this, we want you to tweet in any and all of the issues that are important to you that you’d like to see us address during the week, whether it’s a local issue such as more activities for youths in your area, to nationwide issues such as immigration, we want to hear about it. We want to know how you #dodemocracy.

All in all, the week promises to be a big step forwards in connecting you, the young people of Britain, with parliamentary democracy in the UK. But to do that we need to hear from you! Simply tweet any questions you might have for our MPs, or topics you want discussed, to: