What is “the N-word” anyway? 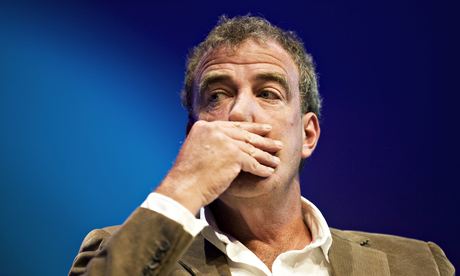 Jeremy Clarkson’s (most) recent indiscretion, and the firing of a BBC DJ for playing a song whose lyrics contain a verse in which the racial epithet is used have brought to light have shone a light on the word recently, and all of the major information outlets have gone out of their way to remind us that it’s a little bit offensive, and we probably oughtn’t to say it.

Let’s get this out of the way. The word is “nigger”. It’s certainly the most offensive, unacceptable, odious word I can think of. The connotations of slavery, inferiority, and racism don’t have place in today’s world, and anyone intentionally saying it with the intent to offend ought to be hauled over the coals. But giving it the Voldemort treatment is hardly an adult way of discussing the problem. I am reminded of a story I was told about an English teacher in Russia who was teaching a class when the word came up in conversation. You see, the Russian for black person is “негр” (negr). The word “чёрный” (chorniy), which literally means the colour black, is used to describe people from central Asia, and the only other alternative is “Афро-Американец” (Afro-American), which is fast becoming the PC term, despite rarely being used to describe someone with both American and African heritage. The Russian girl used the word “nigger”, having heard it in films, on the radio, and read it on the internet. The teacher corrected her and said “You can’t say ‘nigger’ in English because it’s offensive.” The girl’s response? “Why can’t we? We didn’t subject them to years of slavery.”

I’ve used a bit of editorial licence with the girl’s reply, but the sentiment was ultimately the same. The question it raised was interesting. Who is allowed to use the word? Very few would try to tell Jay-Z or Dr. Dre that they were going to have to rewrite their songs to take into account political correctness. The truth is, a huge stick of political dynamite is attached to the word, and if you’re white, you’re definitely lighting the fuse. This means that legitimate media sources tend to shy away from the word, and opt for “the n-word”, or worse, print “n*****”.

While there are a lot of things I disagree with Louis CK on, he makes a solid point during one of his sets,bbc where he explains that by saying “the n-word” rather than “nigger”, you’re forcing the reader or listener to say “nigger” on your behalf. It’s a cowardly way of avoiding censure. We all know what it means. Own your words. If you think it’s worth repeating, then repeat it as it was said, if not, then don’t repeat it at all.

It would seem that the BBC (amongst others) think that the word is like a virus, and if they print it, then we’ll all start saying it and the world will fall apart. The vast majority of us understand that it isn’t a word that we should pepper our sentences with, and those of us that already do won’t be affected by a few asterisks on a piece of paper. Treat us with respect, like grown-ups, and accept that the world isn’t a perfect place where nobody ever says anything to offend anyone else.

After all, you’d print “cunt”, wouldn’t you?