How Much Will Money Talk in Tbilisi? 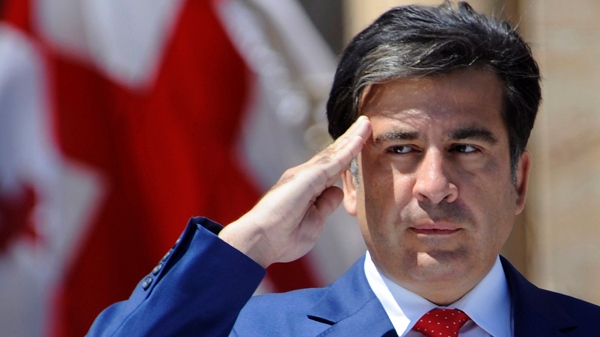 After ten years of change and reform, the Rose Revolution could well be over for Georgia and its people.

Having served the maximum of two terms as Georgia’s President Mikheil Saakashvili, today had to leave the Presidential seat. Leader of the street protests in Tbilisi during a bloodless revolution that forced then president Eduard Shevardnadze to resign, Saakashvili was a figure of upheaval and alteration in Georgian politics, as the pro-westerner tried tirelessly to move the former Soviet state away from its communist past towards a more western style set up.

This process cost the Georgians heavily; the well documented Russo-Georgian War of 2008 over the territory dispute of South Ossetia shows this, as Vladimir Putin issued a stark warning to Tbilisi – you’re either with us, or you’re against us. Ironically, during this time those westerners who Saakashvili had worked so hard to lobby and befriend were suddenly nowhere to be seen as tiny Georgia came under immense fire from the mighty Russian juggernauts.

Under Saakashvili, Georgia has seen a dramatic rise in GNP, but the country’s poor remains grossly poor, hinting towards corruption; this, along with crimes concerning the war have seen members of Saakashvili’s party and his allies being charged for numerous crimes after losing  out in last year’s parliamentary election to the richest man in Georgia – Bidzina Ivanishvili. Perhaps rather curiously, new president, the inexperienced Giorgi Margvelashvili, is an ally of the new PM, and if corruption overshadowed Saakashvili’s tenure as president then the leadership of Margvelashvili may already be showing signs of that before it’s even started. Although it is of course too early to suggest such things explicitly (Margvelashvili hasn’t even taken his seat as president yet) this could be an early indication of an over-powerful prime minister able to use his power and money to control a weak and inexperienced president. Even though Ivanishvili has promised to step down as prime minister next, the relationship between Ivanishvili and Margvelashvili could be similar to that of Boris Yeltsin and the Russian oligarchs in the 90s; after all, money is power, and with Ivanishvili being the richest man in the country, there is presumably little his money can’t buy in Georgia.

What of the broader scale of Georgian politics? Ivanishvili has called outgoing Saakashvili a “dictator” and a “liar”, so does this mean that under its new president Georgia could be moving away from the western influences the Rose Revolution went someway into implementing? It is too early to say which way Georgian politics is going to go. It’s also unclear how Moscow will take to the new leader –  which of course depends on how Mr. Margvelashvili acts towards his neighbours. Vladimir Putin at the same time may be hopeful of being able to rein the new president back into Moscow’s sphere of influence. Ivanishvili could well have other ideas yet, and despite calling today’s election “Georgia’s first European style election” it is not yet obvious how much of Saakashvili’s regime the billionaire plans to leave intact. After 2008, Georgians will be hoping their new leader doesn’t rub the Kremlin up the wrong way too much, as the events in the Northern Caucasus region will be all too well remembered.