This Friday May 25th, Ireland are being given a once-in-a-generation opportunity to vote on whether or not the 8th amendment should be repealed, and abortion made legal.

Currently, 12 women a day flee the country and travel to the UK to access abortion, and a recent study suggests that up to 5 women a day take pills ordered online, risking severe health issues and a 14 year prison sentence.

At Fortitude, we are proud to be openly supporting a Yes Vote on Friday, and wanted to point out just some of the key reasons we urge you to use your vote to better the country, for this generation and many generations to come.

So, let’s get something straight…

We are not being asked to vote yes or no to abortion. This isn’t a vote on whether women in Ireland will have abortions, or won’t have abortions. Because guess what; they already are.

Abortion is already well and truly in Ireland. We are simply being asked to vote on whether the women of Ireland can access abortion safely or unsafely. Whether we want to continue putting them at risk, shaming them, disowning them, and forcing them abroad, or whether we want to support them through what is already one of the most difficult moments and decisions of their lives.

If you’re still unsure how you’re going to vote on Friday, let us just say this. You do not need to be pro-abortion to vote yes. It does not mean you will ever  want, need or have an abortion. But it does mean that you will always have that choice to make for yourself. Your daughter, sister and best friend will have that choice to make for themselves. It is merely an option that will be there for someone in a crisis, when they so desperately need it.

Vote Yes, because forcing any woman or girl to board a plane and flee her own home alone, in a crisis unimaginable, is wrong.

… Because forcing any woman or girl to carry their rapist’s child to full term, is wrong.

… Because a woman deserves unrestricted healthcare for her own body, regardless of circumstance.

… Because she’s still a child herself.

… Because abortion is already in Ireland.

… Because something as simple as a choice can do so, so much.

While you stand in your polling station on Friday and put your mark in either box, there are Irish women on that €20 flight to Liverpool, with no one beside them. There are people coming home, terrified, with their lips sealed. Unable to access support.

Let’s put an end to the suffering that so many women have to face in silence, day in and day out.

Vote yes for every woman in your life, who may well be against abortion, but may just need that choice one day. Because until you’ve walked in her shoes and faced the very same circumstances she’s facing, how can you possibly know what you’d choose?

For every woman who’s lived through the painful repercussions of the 8th amendment. And the ones we’ve so tragically lost as a result.

For those with a say at home, and those abroad who hope to return someday.

For your kids and grandkids.

This Friday, you have the ability to be the hero generation. A generation to transform the country into the place that many generations before us have tried and failed to do.

You may not know it, but someone you know needs your yes. And maybe one day you will too.
Vote Yes on May 25th to Repeal the 8th.

If the 8th amendment is repealed, this will legalise abortion in all circumstances up to 12 weeks, and under very specific circumstances thereafter, where the health and life of the woman is at risk.

Within the first 12 weeks, a woman who chooses to go through with an abortion will be given a 72 hour reflection period, where she will also receive counselling. 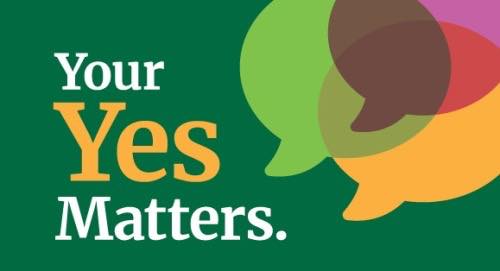