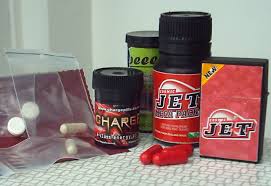 We are living in a time where there is more evidence than ever before to suggest that the current direction of drugs policy is not having the desired effect. That effect being to stop lives being ruined and ended prematurely by drug addiction and abuse.

Decisions by politicians about how to deal with drugs in society are showing few signs of being informed by this promising evidence. The most recent report commissioned by the coalition government looks set to become the latest in a line of ignored data.

It’s now apparent that the US led ‘war on drugs’ has cost a fortune and, for decades, failed to prevent cartels and gangs from continuing to operate seemingly at will whilst turning over huge profits; whenever the UK government has a chance to adopt more evidence based policy it panics, backs away and often resorts to fiddling with the classification of drugs in a way that only serves to confuse the public.

There is very little evidence to show that making a drug class A rather than B or C has any real impact on those who have already made a decision to use the substance in question.

Similarly, there is good evidence to show that tough sentences make little difference to rates of drug use.

Legal highs now present a very real danger. These mostly synthetic chemical compounds which, ironically, often contain substances which are illegal – despite the name – are being presented as safe and sold on high-streets and online, mainly to young people. They remain largely unclassified despite over 60 reported deaths in 2012, and growing numbers of young people reporting having tried them.

The UK has signally failed to take a responsible stance. This is in stark contrast to the New Zealand government which has begun to regulate these drugs, policing imports, screening these drugs to ensure they are ‘safe’ and forcing manufacturers and suppliers to become publicly responsible.

Cautious scepticism should be maintained towards some of the arguments and campaigns for relaxation of drugs laws, and whole-scale changes to drugs policy.

Pressure groups and personal interest groups should never be allowed to ‘own’ the facts or be presumed to hold the moral or ethical high-ground no matter how principled or emotionally resonant their arguments. The same scrutiny must apply to the ‘legalisation’ position as is regularly directed at legislators, by those of a liberal persuasion.

There is some valuable history to heed when doing so.

These campaigns really got their wings back in the 60’s, in the UK and US (although we can trace the roots of anti-prohibition back to the early 20th Century in America).

In fact during the prohibition era, it is worth noting that evidence suggests alcohol consumption had fallen by around one-half by the 1930s; so something about this could be said to have worked, if one’s goal were agreed to be a reduction of use (and that is a widely agreed upon aim, at least in terms of drugs like heroin and crack cocaine, which are generally agreed to be highly dangerous in and of themselves).

Yet isn’t it interesting that the case for liberalisation and those rallying to its cause has at various points over the years waxed or waned in momentum, whilst we have watched the tide of legislation steadily, ineluctably, go one way – tighter classification and more punitive measures for possession?

When the previous government’s former adviser on drugs David Nutt tried to explain how a more liberal approach could be implemented, without risking attracting youngsters to drugs, he was fired. He has been warning recently of the threat legal highs have become.

The circumstances and substances are, of course, different in many ways from 20s and 30s America.

The country was largely influenced by a puritan sense of conviction and strong ties to organised religion. Of course, some of those values remain to this day and are still considered by many to be essential for maintaining the gossamer-thin moral fabric of any decent society. But, generally speaking, the west is far more secular today.

For our part, in Britain, we have had our own history with uncontrolled and dangerous alcohol consumption and drug use. This stretches back to before the Victorian era, and was made notorious in modern culture by depictions such as Hogarth’s Gin Lane and stories of a devastatingly rejected underclass in towns and cities, living in abject poverty and drinking themselves senseless to simply survive the horror of it all.

Through the 19th and 20th centuries greater ease-of-access to all manner of new and exotic substances, many with great potential for pain-relief and genuine healing qualities, was made possible to thousands of ordinary people in the west; a by-product was that drug use and misuse became mainstream.

We should not waste time on patronising retrospective sneering, sitting here as we do with 20-20 hindsight and all the advantages of advances in psycho-pharmacology and medical science generally.

Little was then understood of the dangers of addiction, to individuals, communities and society more widely. At least certainly not by the average man or woman on the street, who had access to opium, amphetamines, cocaine and more. Doctors prescribed some of these drugs to their patients and extolled the health benefits, with the substances being widely available at parties and in the home.

Now, we have ministers leaving (see Norman Baker) and advisers forced out for advocating a more nuanced approach, with better emphasis on treatment for addiction and less oppressive rules on possession; this is only likely to happen when the black market is squashed. For that looser legislation, not more, is key.

Future generations will surely look back on current drugs policy and find it anachronistic that people are criminalised for smoking cannabis (generally not even accepted for medical use in the UK) whilst criminal gangs continue to thrive. 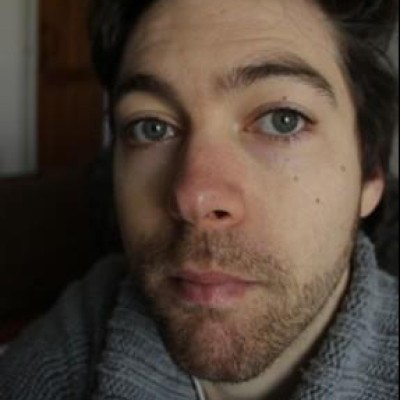