The Free Schools Experiment Has Failed 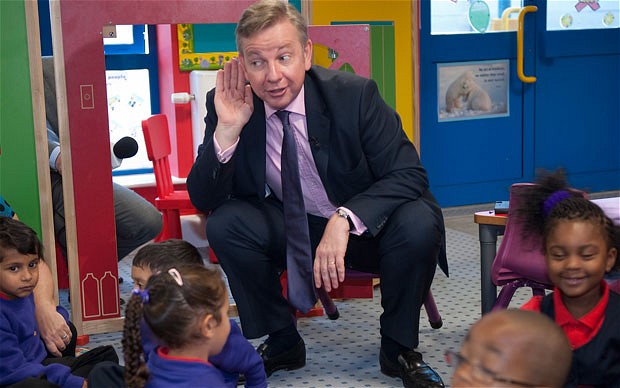 The Free Schools experiment has failed. After just three years of being open, one of the first wave free schools has been closed down for delivering consistently sub-standard lessons with no hope of improvement. The idea that was set to radically change the UK’s education system has failed. Let’s take a look at why.

The free schools initiative was set up by Michael Gove to allow parents and other respected adults to establish schools outside the standard education system, delivering adapted curricula and target lessons to children whose parents felt they were not getting the most out of the traditional school system.

I would be first in line to condemn the current school system. As we fall like a stone through the rankings, our education system is worse than almost anywhere else in Europe. The quality of our school-leavers is ridiculously low, with the UK twenty-second out of twenty-four Western countries in literacy and numeracy. There is little doubt that the education system is failing.

Free Schools were a brave but sorely misguided attempt to turn this around. The principles behind the system was that anyone who felt they could run a school was able to do so, regardless of qualifications or experience.

From the beginning it was doomed to fail. Why Gove thought that an unqualified (albeit passionate) teacher would be able to deliver anything other than sub-standard lessons is beyond me. It takes training and experience to create a classroom environment in where children feel safe and able to learn. However, that is exactly the principle free schools were built on.

A neuroscientist, for example, may be an expert in their field, and want to give back to the community, but what makes them capable of teaching a classroom full of 14 year olds about how an atom is structured? It is all too often the case that these experts introduce concepts too advanced, without proper scaffolding and support, and children become quickly disillusioned with a subject they find too difficult and too overwhelming.

After that, the behavioural problems begin. When children, even bright children, feel as though the work is not at their level, if it’s pitched too high or too low, they begin to play up. They start chatting over the teacher, or passing notes, or in some more disruptive classes, throwing chairs. What is our poor neuroscientist to do? Are they equipped with a range of techniques designed to mitigate the behaviour and keep the other children learning? Or are they more likely to either fly off the handle or drown in a sea of low-level disruption?

I’m sure we all remember times from our youth when a substitute teacher waged war on our misbehaving classmates – ourselves, even – taking names, threatening long lists of sanctions that never materialised, and often completely lost control. It happens to even the very best of teachers. All it takes is a bee who makes it in through the open window on a warm summer’s day, a resounding win for the local football team the night before or even just a little wind and the classroom quickly descends into chaos. But trained teachers have the tools they need to deal with situations like this. They know how to calm rowdy classrooms and refocus attention on learning. At the very least, somebody has cast an eye over them and said “I don’t think this person is going to lose their temper and strike a child”.

Coming from a private school background, Gove has likely never seen the poor behaviour we have become familiar with on programmes like Educating Yorkshire, and is incredibly disconnected from the real world of education. I’m not the first to say it, and I doubt I will be the last. Nevertheless, the whole idea of kibbutz-style free schools, where kind-hearted members of society give their time to offer their knowledge to grateful children was an idealistic dream at best. The fantasy world Gove lives in is apparent across education policy, and is seriously threatening some of the most dedicated professionals in the country.

What we need to do, even more than pouring money into education is to just stop meddling. Leave it alone for a few years (ideally a few governments). How can you expect teachers to achieve excellent if on top of their already considerable workload, they have to assess students according to this year’s criteria, ensure they’ve ticked all of this year’s Ofsted boxes, and make sure their practice is in line with current guidelines. As with everything, changes take time to bed in. In a secondary school with a sixth form, it takes seven years for students from a particular intake to leave the school. Of course it’s going to be difficult to effect any changes while there are seven different cohorts going through seven different syllables and seven different sets of requirements.

Let the changes bed in, stop fiddling, take stock, and then come up with a coherent, long-term action plan, rather than the current reactive, short-term, disparate thinking of government ministers who haven’t really stopped to consider the root causes for the problems our education system faces.