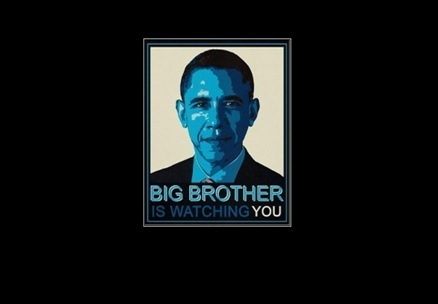 Over the past couple of months, the name Edward Snowden has been near impossible to escape. A sensational story that intrigues as much as it excites, the former U.S. government contractor turned whistle-blower created a media frenzy with his revelations of PRISM earlier this year, a data collection programme used by the National Security Agency (NSA) which appears to be delving a little too far into our lives than many are comfortable with. But what exactly is PRISM, what do Snowden’s revelations mean and why, most importantly, should it matter to us?

Tim Marshall, foreign affairs editor for Sky News, writes that “Edward Snowden has given a word to a process most of us either already knew about, or, would have been surprised if it wasn’t happening”. That word is PRISM, and the process is the collection of potentially valuable data from foreign sources as it passes through U.S. servers. PRISM trawls through all manner of internet traffic and phone records to, we have been told, help protect us from any potential threats lurking in cyber space. As such, companies such as Facebook, Microsoft, Skype, Youtube and Apple have all been, or are liable to be, requested to give the NSA access to their servers for the sake of national security.

So is this Big Brother in the 21st century?

Not quite. The information monitored by PRISM, we are assured, has to involve a foreign source in some way, so that not just any average Joe is having his weekly e-mail from Mom and Dad scrutinized by shady figures in windowless rooms. Furthermore, to actually gain access to private information or correspondence, the NSA still has to request permission and give probable cause. At the time of writing they only have the ability to aggregate internet traffic, that being who has sent e-mails to whom and how many they’ve sent. Why, then, the massive international uproar? Well, it has emerged that the necessity for the information being transferred to be ‘foreign’ in nature is not quite as it would seem. In fact, for an analyst to monitor some kind of internet traffic they only have to be 51% sure that one of the sources involved is foreign, and the ‘probable cause’ guaranteed to Americans in the fourth amendment seems to have been somewhat loosened. In terms of checks and balances, this is hardly a reassuring statistic, and the 51% statistic means that it is not impossible for an American to fall under the jurisdiction of PRISM. But this is America, you say, so why should we be concerned? Well not only does PRISM’s scope (foreign in nature) allow it to collect data on Britons as long as it relates to the U.S. in some way, it has been claimed that PRISM presents a unique loophole for the British security services in its obtaining of information. For GCHQ to intercept the communications of any British citizens requires the signature of the Foreign Secretary as well as permission from the Intelligence and Security committee in the Commons. However, whether or not such permission is required to view the data collected by the U.S. through PRISM is not quite clear, as it has not been obtained by the British security services but by an ally.

Snowden’s revelations have, quite naturally, reignited the age old debate over privacy versus security. We as citizens of one of the worlds’ leading democracies expect our government to protect us from any potential threats to our security as a nation, yet how they do this is a touchy subject. Catching the bad guys is a goal we would all like our security services to work toward, yet how do they identify the bad guys in the first place? Espionage and spying are exciting so long as they stay in the Bond films we so love and end with the triumph of good over evil. Yet would you take the same view if it was your internet traffic that was being scrutinized ‘in the interest of public safety’? Probably not, yet those trusting few who claim if you’ve got nothing to hide you’ve got nothing to worry about argue that to protect the public you’ve got to start somewhere.

Consequently, then, was Snowden right to reveal the information he did about the U.S.’s information gathering techniques, or should he have left well alone in the interest of public safety. The fact that Snowden is now residing in Russia, having been granted a years’ asylum there, show how the U.S. government views the matter. Snowden claims that he did what he did because “I don’t want to live in a world where there’s no privacy and therefore no room for intellectual exploration and creativity.” A noble gesture then, surely? Shouldn’t we all be applauding Mr. Snowden for revealing this information? Some claim not, stating that revelations about such methods of information gathering undoubtedly put the brakes on any on-going investigations being carried out, potentially threatening lives and damaging years of work. If NSA director Keith Alexander’s claims that “it’s dozens of terrorist events that these have helped prevent,” are true, were Snowden’s revelations so wise?

In the end, while it is highly unlikely that you or anyone you know has been ‘snooped on’ for the sake of public safety, the fact that the government may have the the capability to do just that through PRISM sits a little uneasy with many. And while the fictional world written about in George Orwell’s famous book ‘1984’ is still little more than fiction, recent revelations might make you think twice before sending that next e-mail.