Since the birth of the internet governments around the world have struggled to keep up with advances in technology and have lost the ability to monitor a major part of the way people communicate in the modern world. David Cameron’s latest speech on potentially banning apps and other methods of communication that use encryption, as well as any app that does not install a back door for the government to use to snoop on  innocent people’s private data, shows the Government’s heavy handed and desperate approach to controlling technology and in the process removing privacy and security from millions of innocent people.

David Cameron conveniently stated shortly after the tragic events that occurred in Paris that “In our country, do we want to allow a means of communication between people which we cannot read?” To which the obvious answer is….Yes Its called privacy! People want it otherwise encryption wouldn’t exist on the scale it does today or be used by the millions of people who use apps such as Snapchat and Whatsapp.

Encryption plays a massive role in everyday life for pretty much everyone with access to electricity and life without it would mean anyone sending or inputting information into almost any device whether its a Whatsapp message on a smartphone or online banking on a bank’s website would be vulnerable to their activities being monitored  by anyone who wants to steal data or personal information or even financial details so encryption makes our lives much more secure and is an essential part of 21st century Britain and is used throughout the World with very few problems….Well except for authoritarian regimes who typically don’t like it….

So why then does Cameron think that he has special privileges that allow the state to violate your privacy through actions such as reading personal messages and monitoring your financial transactions and information?

Well to put it simply it is the view of the current government that if communications are not monitored then we will have much bigger problems such as not being able to monitor potential terrorists and their activity. So basically you are surrendering a large part of your freedom and security in exchange for a small amount of security to prevent events that may not even happen.

Personally I strongly believe that this technology and the development of any future technology should not be compromised simply due to a extremely small amount of people that use the technology for malicious purposes, instead we should start looking more seriously into the causes of the terrorist activity in the first place. There’s no doubt in my mind that our military activity overseas which was meant for our “protection” and “security”  has actually compromised our security and its failure has created panic within the government which has lead to these liberties taken by the state in order to “protect us”

If we continue making the same mistakes with our foreign policy then the government will always have excuses to prey on peoples fears shortly after terrorist attacks and they will grab more power for themselves in order to “ensure our safety”….

But on the bright side when a government declares a “war” on something it usually has the opposite effect that is intended for instance the war on drugs or the prohibition of alcohol. Additionally the technology that would enable the government to continually monitor the communications of millions of people in any sort of detail is non existent and will not exist for at least several years by which time entire communication methods may have changed and the apps people use will have most likely changed too, therefore because technology advances so quickly it will be impossible for the Government to police all the emerging methods of communication so until the government can create and enforce rules and regulations at the same speed as technology is developing there will always be ways around restrictions, especially in the field of technology. 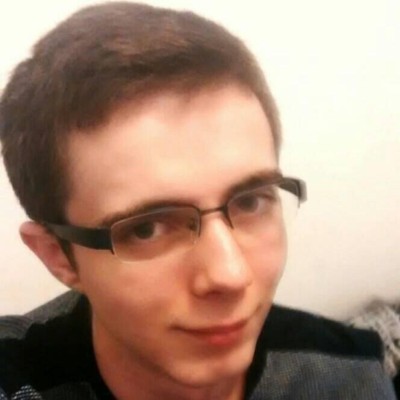 Political Writer for Fortitude Magazine, Obsessed with Technology and Philosophy.