From Call of Duty to Real Modern Warfare: How Should We Deal With The Radicalization of Young Brits by ISIS? 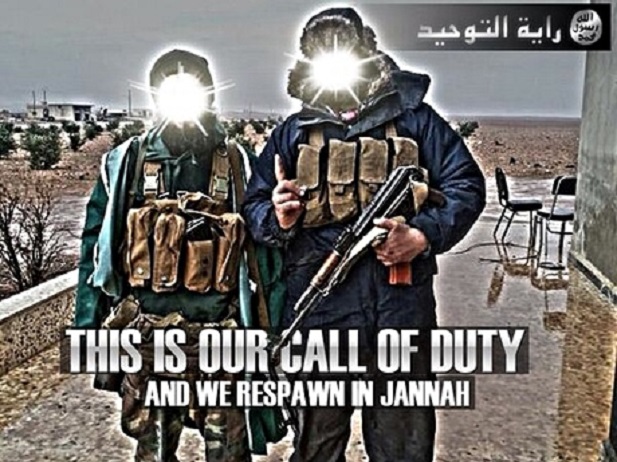 The name ISIS is one that has become far too familiar to people across the country in recent weeks.

One of the biggest worries for Britain in dealing with ISIS at the moment is that while we are repeatedly told that they are a terrorist organisation built upon a warped ideology, to some in this country they are making sense. Why is this? It seems that the government and the national media are happy to explain it away with the word ‘extremism’, yet a more analytical approach is required to get to the source of the issue. How these people are being indoctrinated, and what should be done about them, are the two key questions that need to be addressed if we are to begin to get a hold on this crisis.

What makes the rise of ISIS different to other such organisations in the past is the way it uses the internet to spread its message. Twitter, youtube, liveleak, even its own magazine. The list goes on and on. The majority of those abandoning life in the West to fight ISIS’s holy war are young, naive people who use social media more than any other group. Yusra Hussien, the 15 year old girl who is assumed to have travelled to Syria last month, has been linked with contacting a twitter account called ‘Jihadi matchmaker’. It starts with the click of a mouse, yet it can easily evolve into something so much more, and our generation is the one being targeted. Should it not worry us that this can and is happening via a medium that is so easily accessible? Via a medium that each of us uses on a daily basis? ISIS has developed a clear, intelligent plan of attack to spread its poisonous message. A simple search on google brings up images such as the one above, tapping into the younger generation’s mind-set. It is, to me at least, terrifying that anyone with an internet connection can access such information.

So what should be done to stem the tide? The very nature of the internet makes it near impossible to police, and it would be futile to waste resources on a fight that cannot be won. Perhaps we should be looking at ourselves before looking at ISIS. Those that are ‘defecting’ have in the majority of cases grown up here. Are we to blame for these people’s disillusionment with Western culture? Should we be doing more to prevent them looking at ISIS as an option in the first place? Or perhaps we should instead take the government’s view on this ‘extremism’, that those who are determined to join a group such as ISIS will not be deterred, and switch the emphasis from prevention to punishment. Philip Hammond stated on Friday that the government is now discussing whether or not joining up with ISIS should be treated as treason. But is it right that these young people who choose to defect to ISIS be put in the same category as those that have chosen to betray our country in the past? These kids in the majority of instances have been drawn in by false propaganda and cannot fully understand the consequences of their actions. Having said that, while many do argue that as a ‘civilised’ Western democracy we should rise above hate and take the moral high ground, should we really be so understanding with those that have chosen to follow an ideology that is so unforgiving? Does the thought of such people re-joining society, of passing them on the street and being none the wiser, sit comfortably with you? As I write this article news is reaching us of the shocking events in Ottawa and their link to extremist groups, just two days after a ‘radicalized’ Canadian man ran over two soldiers, killing one. The man in question was arrested in July just before boarding a flight to Turkey, but released due to insufficient evidence he was intending to join a terrorist group. We need to get a grip on the situation now to avoid similar attacks at home.

Regardless of your viewpoint on the situation, a more considered approach is needed than simply labelling it as extremism and accepting that nothing can be done to prevent it. The fact that ISIS is influencing an audience in our country with such ease is worrying. We, on all levels of society, need to address why this is happening and what should be done about it.